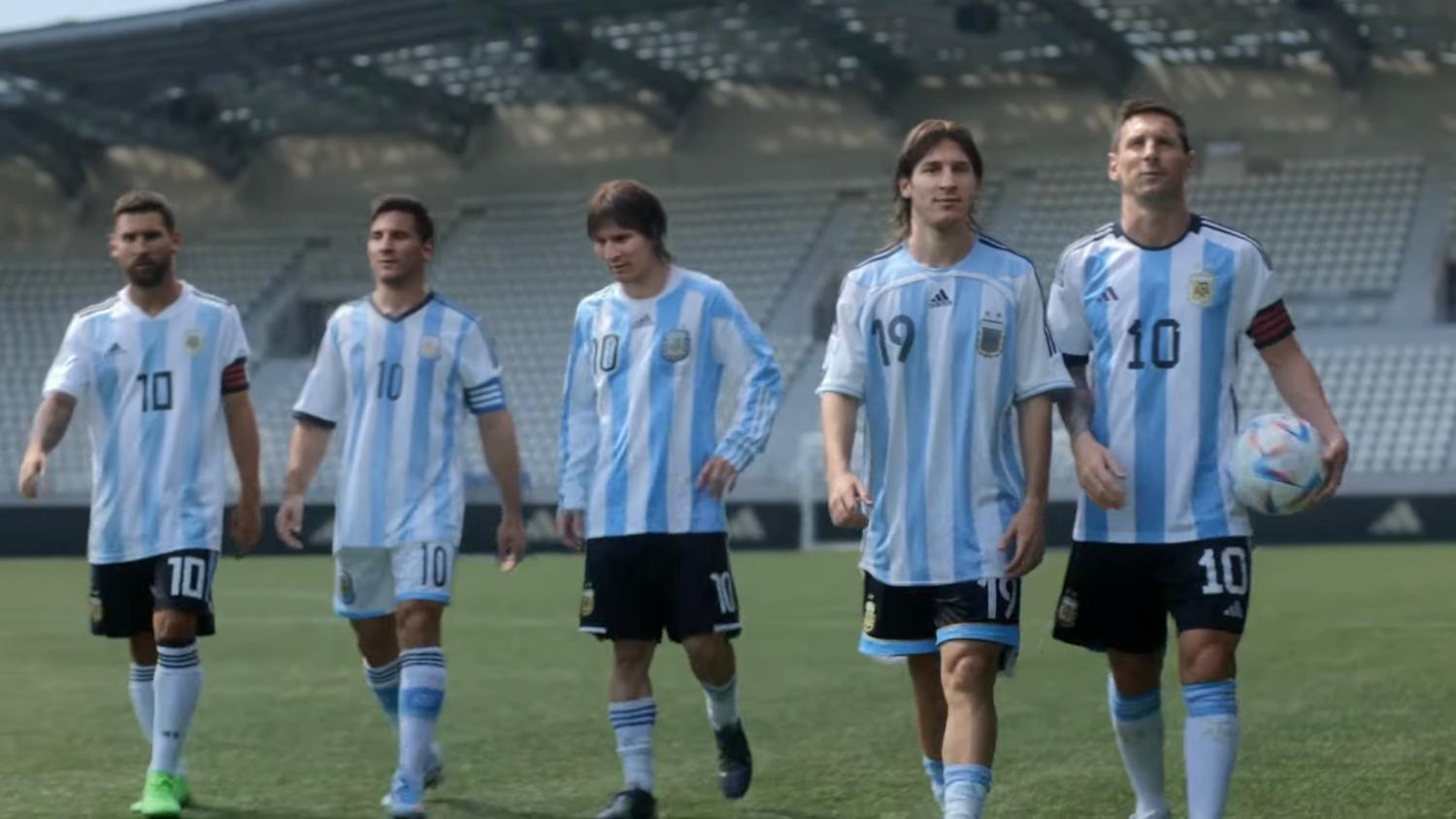 Will 2022 Messi be the best version?
adidas Football | Youtube

It's World Cup commercial season, and we're here for it.

After Nike released the "Footballverse," a commercial that had the memorable versions of players like Ronaldo Nazário, Ronaldinho and Cristiano Ronaldo face off against eachother, adidas has followed by releasing a love letter short-film to Argentine fans around the world.

As we approach what will very likely be Lionel Messi’s last-ever World Cup performance, adidas has dropped a commercial that brought back some of the most iconic versions of the forward with his national team.

"The Impossible Rondo" of five Messi

adidas has shared “The Impossible Rondo” film as a celebration to the Argentine’s World Cup career over the years.

By combining real footage of the No. 10 from his 2006, 2010, 2014 and 2018 performances with the albiceleste, adidas made the impossible, possible by creating an iconic Messi vs. Messi rondo warm up for his upcoming 2022 performance.

Rookie Messi was, as expected, sentenced as the monkey in the middle.

The film was created with the latest artificial intelligence and VFX, tributing the last 18 years of the legendary player in an “unexpected way."

The distinguishable haircuts, Argentina jerseys and his cleats used over his soon-to-be five World Cup tournaments, along with historical and present day footage of the player were used to create the different international versions of the 7-time Ballon d’Or winner.

Apart of serving as a tribute to the career of the 34-year-old, adidas honored the late-Diego Armando Maradona by using the same song in the short-film (Opus - Live is life), as the iconic video of "El Pibe De Oro" warming up with Napoli in the 1989 UEFA Cup Final.

Considering the level of expectations everyone has for the Argentine ahead of Qatar, will the 2022 version of Messi be able to match the 1986 World Cup winning version of Maradona with Argentina?