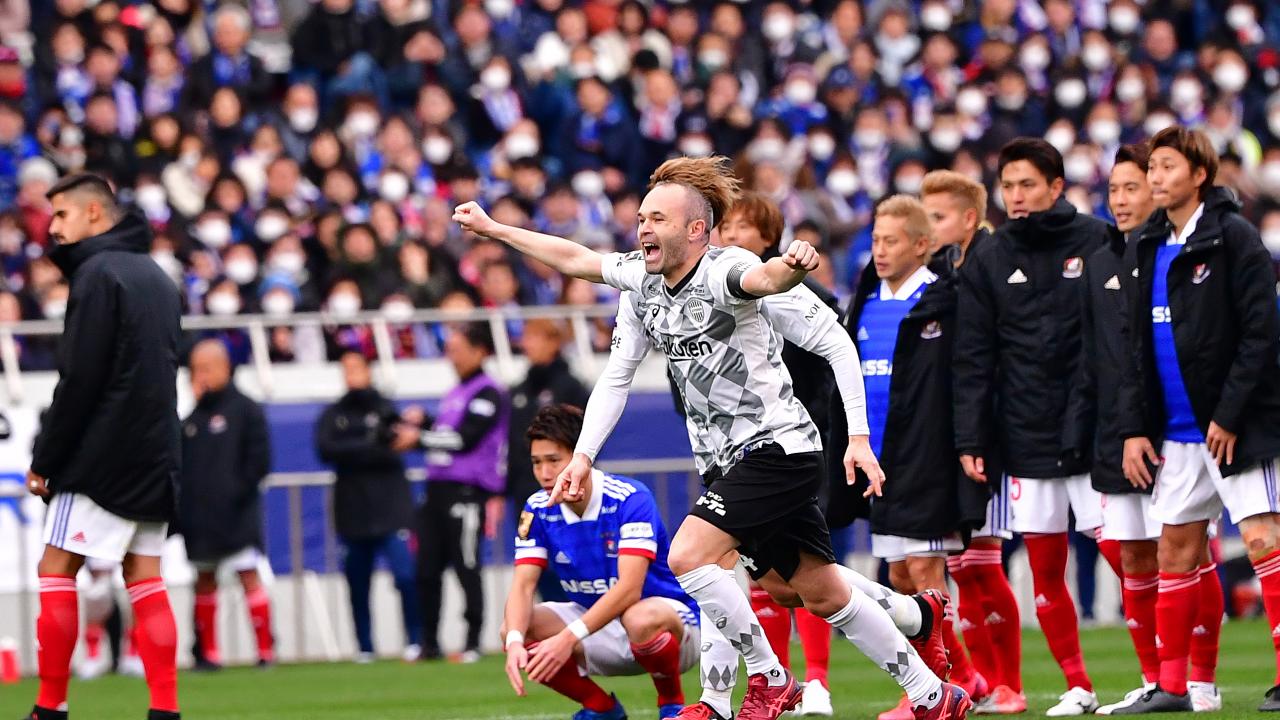 Vissel Kobe and Yokohama F Marinos combined for one of the worst PK shootout performances you’ll ever see on Saturday. With the Japanese Super Cup on the line, the two clubs combined to miss nine straight penalties before Andres Iniesta’s Kobe eventually prevailed 3-2.

After regulation ended 3-3, the Super Cup match went straight to a shootout, which began innocuously enough. Both sides converted their first two attempts, including a smoothly taken shot from Iniesta, the former Barcelona star.

But after Junya Tanaka scored to even things up at 2-2, things got a bit wacky.

First Edigar Junio had his effort saved and Keijiro Ogawa struck the post. Soon everyone was missing. Yokohama had two shots saved and hit three shots over the goal. Kobe had one shot saved and three go off target. Even former Barcelona and Arsenal defender Thomas Vermaelen failed to hit the frame.

Finally, Hotaru Yamaguchi ended the drama by converting in the seventh round.

“I think that it was an exciting match for the fans,” Iniesta said. “Both teams created a lot of opportunities, but we were able to win. You never know what is going to happen with a penalty shootout and it was a bit crazy. But, in the end, we were happy to get the victory against a good team.”

The Japanese Super Cup is a bit like the Community Shield in England, pitting last season’s league champ (Yokohama) against the winner of the Emperor’s Cup (Kobe). The J-League season begins Feb. 21. Kobe will be without World Cup winners David Villa and Lukas Podolski, who both moved on from the club after the 2019 campaign.

Despite the lengthy and poorly executed shootout, it was nowhere near the longest shootout. That record belongs to a Namibian Cup match in 2005 that lasted 48 kicks. But even in that one, only 15 attempts were missed (31 percent) compared to 64 percent missed in the Japanese Super Cup final on Saturday.