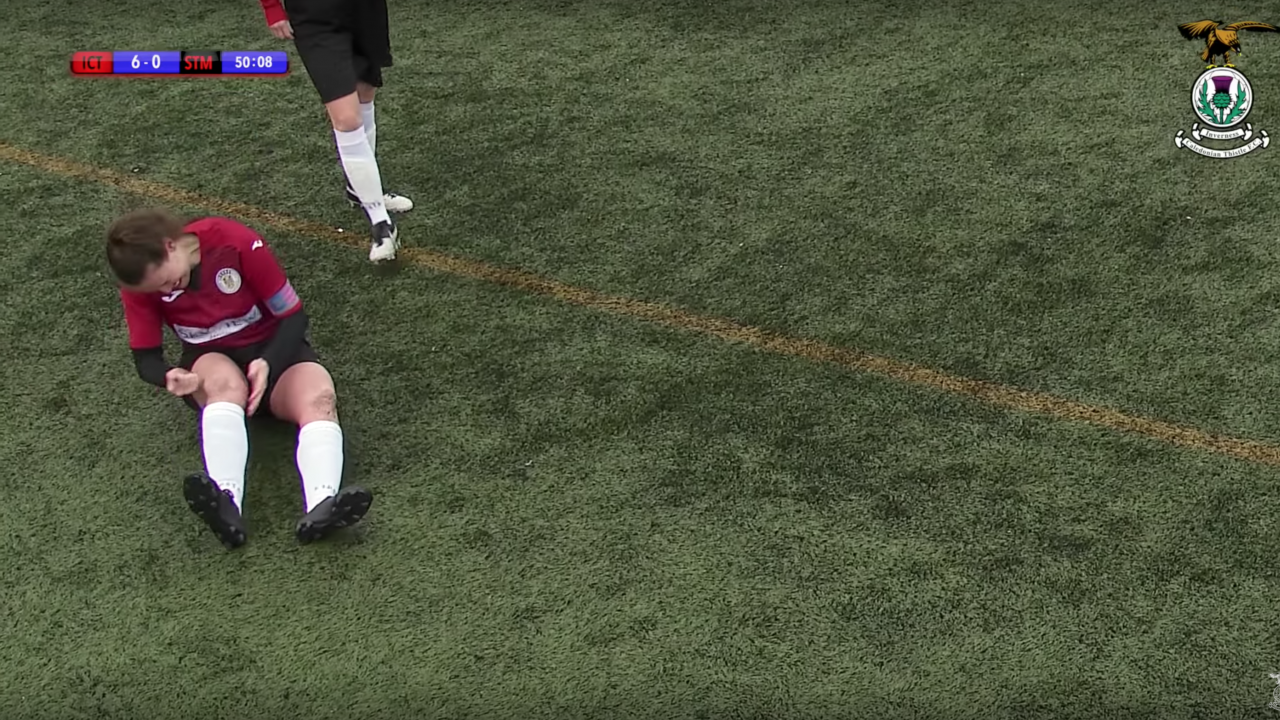 Women’s Footballer Bashes Dislocated Kneecap Back Into Place, Plays On Like A Boss

Sadly, there still exists a population of humans who dismiss women’s football as being lesser than the men’s game. For all those numskulls in that camp, let us present Jane O’Toole.

The captain of St. Mirren WFC showed more toughness in a single Scottish Women’s Championship Cup than most men’s footballers will show in an entire season on Sunday against Inverness Caledonian Thistle.

Late in the match with her team already trailing by six, O’Toole went down awkwardly after clearing the ball out of play. Immediately, her kneecap was visible out of place. Now if this was me, I would’ve fainted and hopefully woken up in a hospital. But O’Toole did the unimaginable: She bashed that thing back into place!

Our captain Jane O'Toole, is made of tough stuff. Just look at how she dealt with dislocating her knee during our recent game at Inverness.... you can't put a good woman down - she got back up and played the full 90 minutes https://t.co/L8BLAVjmBN

Remarkably, O’Toole finished out the match, playing the full 90 minutes of what had to be a tough 7-0 defeat to ITC. We can’t even begin to imagine what any of these notorious floppers in the men’s game would’ve done if this happened to them.