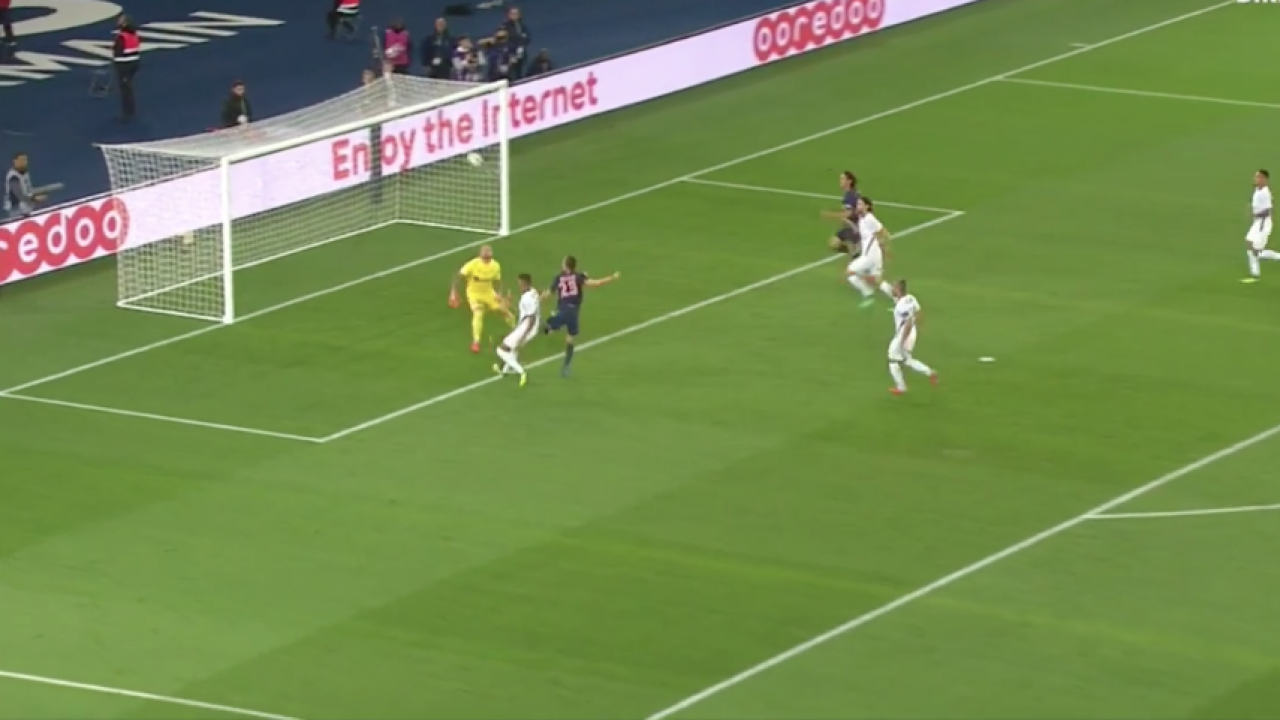 PSG Gave Neymar And Mbappé The Day Off, So Julian Draxler Reminded Everyone How Good He Is

There was no Neymar, no Kylian Mbappé — not even a Tim Weah. But Paris Saint-Germain still had no problem securing three points on Friday, and this impressive Julian Draxler goal vs Saint-Etienne (and an assist) showed the German is still one of the top playmakers in the world, even if he struggles to crack PSG’s starting lineup.

Even while picking up a 4-0 victory, coach Thomas Tuchel gave Neymar and Mbappé the day off after the international break. Neymar played two matches with Brazil in the United States, including an easy 2-0 win over the USMNT. Mbappé played the full 90 against Germany and the Netherlands in UEFA Nations League action. American forward Tim Weah was also given a rest after a pair of international matches, though he probably would’ve been eager to play without the regulars in the starting lineup.

But this is PSG — there was plenty of talent to spare.

Edinson Cavani didn’t play for Uruguay in its friendly against Mexico in Houston, so he started up top to give the forward line at least one regular. Alongside him were two players who would be an automatic start on just about every other team in the world — Draxler and Ángel Di María.

Draxler may be one of the most underrated players in the world. Still just 24, the former Schalke and Wolfsburg winger made 30 league appearances for PSG last year, but more than a third of those came from the bench and more than half of the starts he did make ended with his substitution.

Friday marked the first league start of the season for Draxler and he didn’t waste much time to score his first goal of the season. He even played the full 90 and capped the game with an assist in the 84th minute.

The Draxler goal vs Saint-Etienne arrived in the 22nd minute. Marco Verratti played a chipped through ball into the box toward Draxler. While Cavani would have used his giant chest to control the pass and volley a shot at goal, Draxler used his old noggin, heading the ball up in the air before heading it past onrushing goalkeeper Stéphane Ruffier.

The run was great; the technique and foresight to pull off the double header was even better. Ruffier was left frozen (though probably a little pissed off at right wingback Kévin Monnet-Paquet for not staying with the runner better).

Draxler has always been a player of great intelligence. Whether it’s picking out his own runs to make or picking out the runs of his teammates, Draxler facilitates the offense in a way that’s often difficult to put into statistics. For this reason, he isn’t always put on a pedestal or given the minutes he might deserve at a club that, admittedly, already has a ton of talented offensive weapons.

But the Draxler goal vs Saint-Etienne once again showed this is a player who is one of the best in the world in his position, even if he can’t always crack that PSG starting lineup.

To make things better, the goal came less than a week before his 25th birthday. Let’s hope he gets a bigger cake than the one he got last year.

Not to be outdone on Friday, Di María also found the back of the net in the 4-0 thrashing. After Cavani made it 2-0 early in the second half when he drew and converted a penalty kick, Di María put the game away by roofing in a shot from a tight angle.

Yet again, all three of PSG's starting three found the back of the net. Only this time it was Draxler and Di María instead of Neymar and Mbappé.

PSG finished off Saint-Etienne with this goal from Moussa Diaby, just another 19-year-old Frenchman scoring goals in Ligue 1 for the reigning French champion. We're going to give Draxler credit for the assist, even if it touched Cavani last as he whiffed on his attempt on goal.