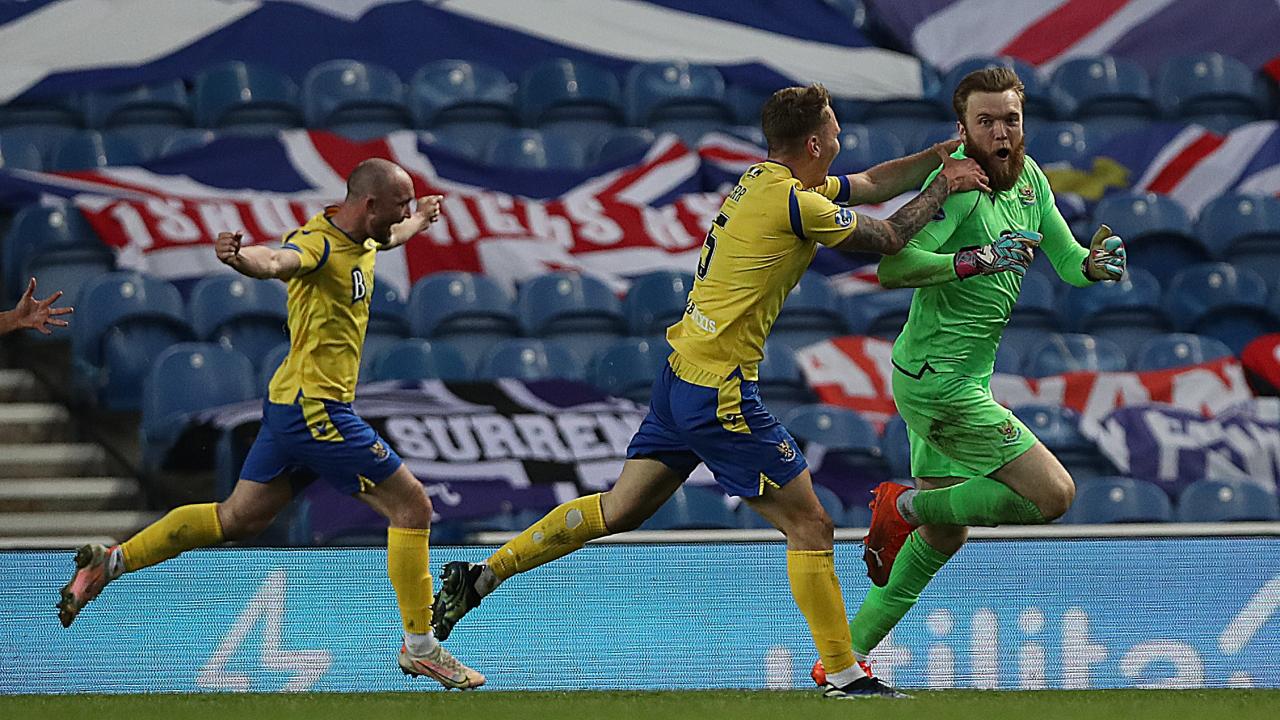 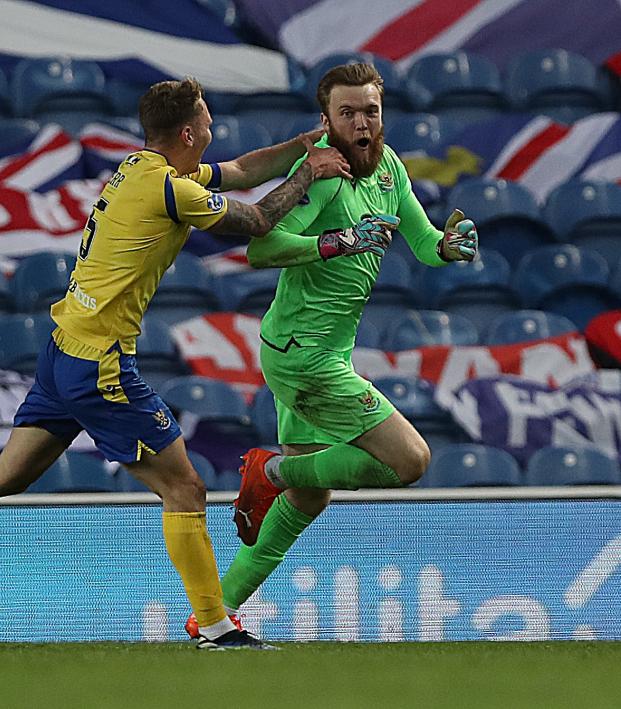 GLASGOW - Rangers were knocked out in the Scottish Cup quarterfinals with a 4-2 defeat on penalties after St Johnstone keeper Zander Clark set up a last-gasp extra-time equalizer and saved two penalties in the shootout to end the Glasgow side's hopes of winning the double.

With the match ending 1-1 after the extra period, James Tavernier missed Rangers' first penalty in the shootout at Ibrox and Kemar Roofe spurned the final one while St Johnstone converted all their kicks to join Hibernian and Dundee United in the last four.

"I am really disappointed and frustrated," manager Steven Gerrard, whose side won the Scottish league title last month for the first time in a decade, told Rangers TV. "It really stings right now and it should sting because we haven't been good enough in cup competitions since I've come in the door. That's the reality. We have to give credit to St Johnstone. They were stuffy, they defended well, but we created the chances and we weren't good enough in the big moments."

Rangers appeared to have done enough to go through after Tavernier gave them a 118th-minute lead with a glancing header but the visitors grabbed a shock equalizer at the death with their goalkeeper Clark playing a key role. Clark ran up the pitch to head down a Liam Craig corner into the path of Chris Kane, who got the final touch before it went into the net.

Now see this. This is football.

The hunger, the desire, the fight, the passion, that never say die attitude.

Don't let anyone ever try and tell or show you different!

Shell-shocked Rangers then failed to hold their nerve in the shootout as Clark completed his memorable performance with a pair of saves to deny Tavernier and Roofe. The keeper was elated after steering the Saints into the semis.

"I've had that situation against me many times when you are shouting for someone to pick the keeper but everyone has a man," he told the BBC. "You just float about and try to get yourself on the end of it."