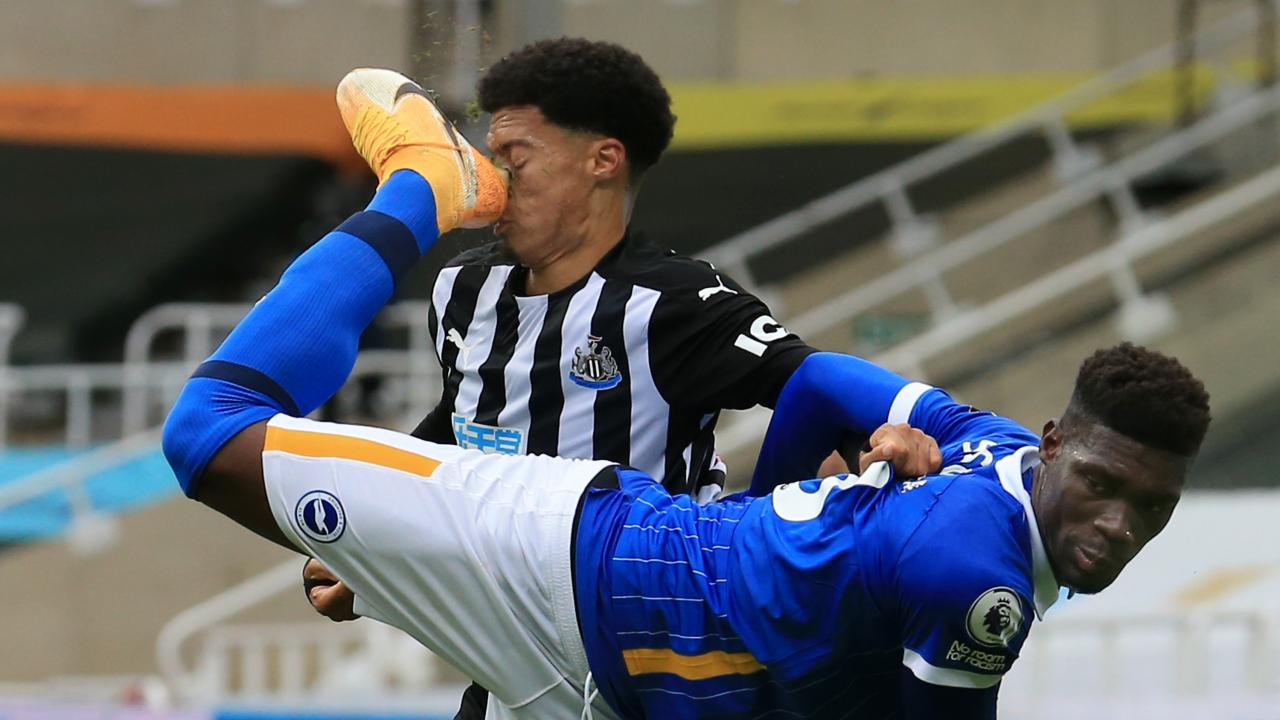 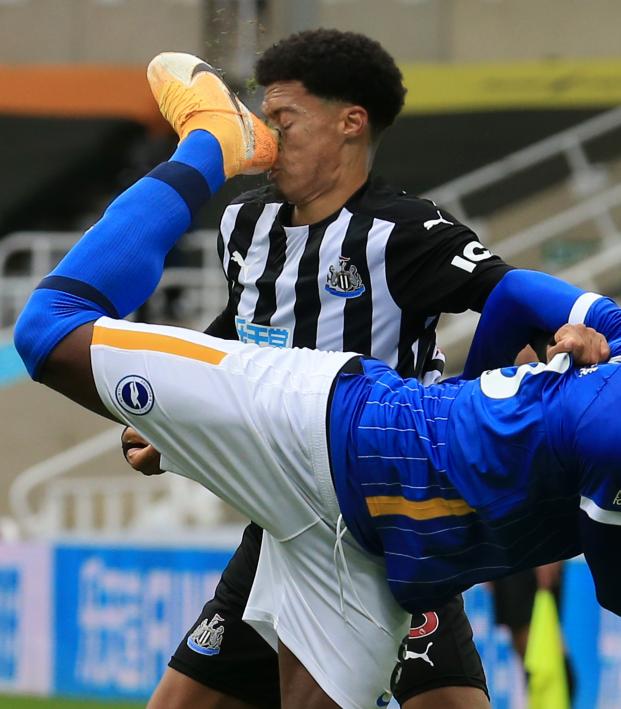 On Thursday, we highlighted what was almost certainly the quickest trip to the monitor by any referee in the VAR era. It took the ref less than a second to make a decision. On Sunday, during Brighton’s comprehensive 3-0 win over Newcastle at St. James’ Park, referee Kevin Friend wanted to spend a bit more time watching Yves Bissouma crack Jamal Lewis in the face.

To be fair to Bissouma, there’s no way in hell it was intentional, but it’s still an incredibly mystifying action on the Brighton midfielder’s part.

Under pressure from Lewis, the 24-year-old Malian initially controlled the ball with his shoulder, and then he followed that up with an instinctive try at a backheel pass with the ball at head level. The balletic attempt failed, and Bissouma’s foot instead planted directly into the face of Lewis with a pretty astonishing bit of force. Lewis crumpled to the floor and Friend originally issued a yellow card.

The amount of force between studs and nose was excessive, and Friend overturned his call and issued a red card.

Brighton could’ve probably played the whole match with 10 men and won as Newcastle failed to land a shot on target in a horrible home opener.