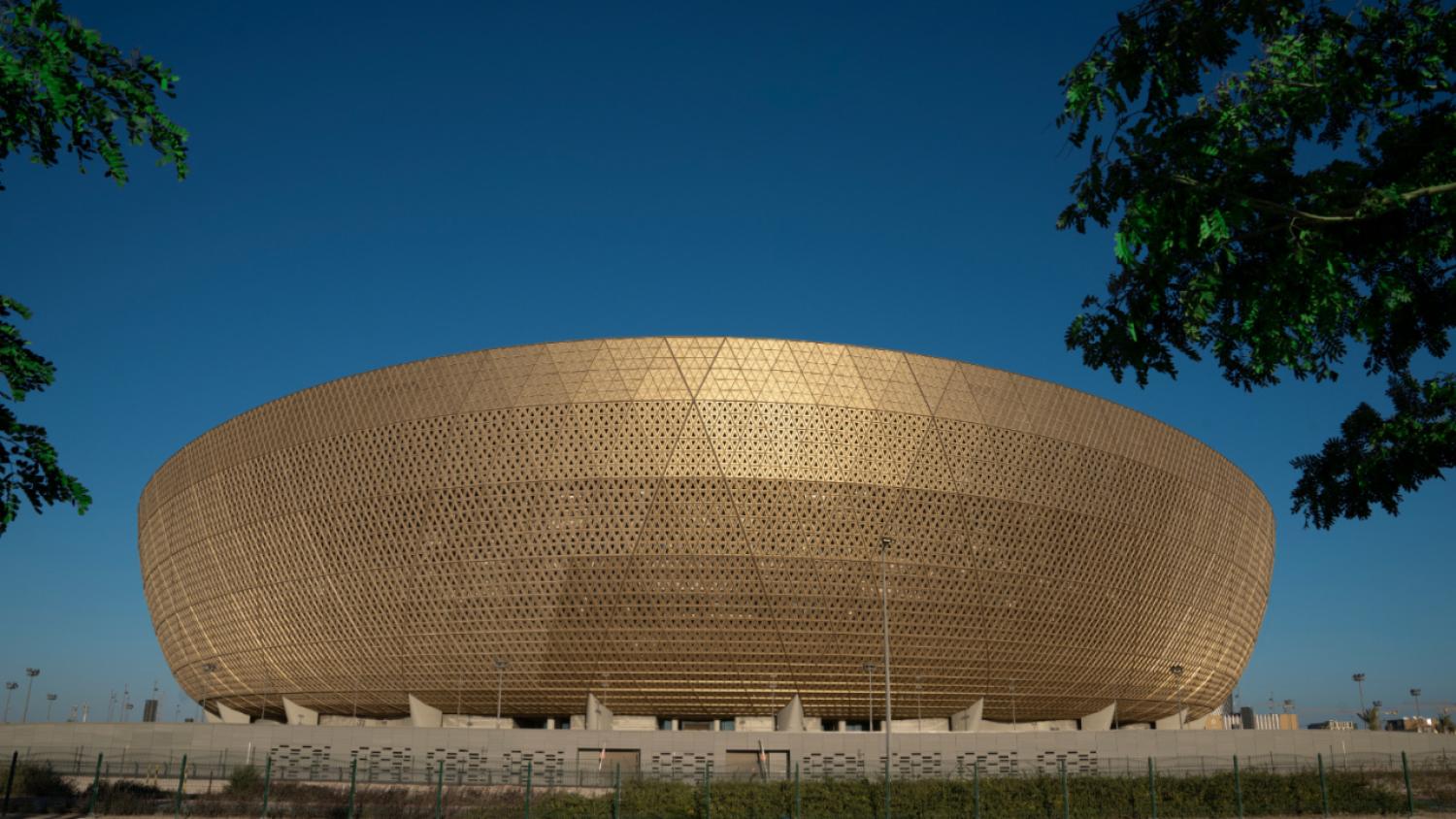 Fans packed the showpiece Lusail Stadium but faced many problems getting out.
Shutterstock

DOHA - "Stop! Can't you see the metro station is full? Stop!" a frazzled supervisor shouted as green-vested marshals linked arms to contain thousands of fans streaming from the stadium that will host soccer's World Cup final in Qatar.

It was after midnight on Friday and, for hours, nearly 78,000 people had been filing out of the stadium after a near-capacity match tested the small Gulf state's readiness for the tournament, which kicks off on Nov. 20.

"Let us through! We have children," cried one man carrying a sweaty toddler. "We need water. Is there water?" a woman shouted from behind the line.

Stadium stands were out of water by halftime and there was none outside, where the late summer temperature was 93 Fahrenheit but felt far hotter because of the humidity.

Friday's match, called the Lusail Super Cup, was the first time the new Lusail stadium has hosted such a crowd. At 80,000 seats, it is the largest of Qatar's eight World Cup stadiums and a gold-clad showpiece designed to host the final match on Dec. 18. Qatar is the first Middle Eastern country and smallest nation ever to host the World Cup. While it has spent billions of dollars on infrastructure, it has never organized an event on such a scale — which unusually for a World Cup will also be held in or around a single city.

There will be four matches around Doha every day for the first 12 days of the tournament. World soccer governing body FIFA says 2.45 million tickets out of a possible 3 million are already sold and an unprecedented 1.2 million people, equivalent to nearly half Qatar's population, are expected to visit.

Organizers said exactly 77,575 people passed through the turnstiles on Friday, the largest crowd ever in Qatar. Families brought young children to the stadium, arriving ahead of a performance by Egyptian singer Amr Diab. Hundreds of Saudi fans wore the blue jersey of Al Hilal, the Saudi team which beat Egypt's Zamalek on penalties after a 1-1 draw.

With migrants often bused in to fill empty arenas, hundreds of South Asian and African workers were also there together in a section of the stadium, wearing identical white, blue or red t-shirts. They left en masse at half time to board buses away.

Asked about the teething problems, a spokesperson for organizers, the Supreme Committee for Delivery and Legacy, told Reuters the game was designed to identify operational issues and learn lessons for a "seamless" World Cup.

"Every team involved in the event’s organization gained invaluable experience they will carry into this year’s tournament," the spokesperson added in a statement.

'THIS IS SUCH A MESS'

In the post-game chaos, one fan leaving the stadium swore, elbowed a marshal in the neck and broke through the cordon, followed by several others, trying to reach the metro. The station entrance is 440 yards from the stadium, but fans waited in a 1.5 mile line snaking back and forth across an empty lot. Officials said that was to prevent a stampede.

"This is such a mess," said Eslam, an Egyptian fan who has lived in Doha since 2004 and had his arm around a bleary-eyed and exhausted friend in the line. "I don't want to go to the World Cup any more. Not if it's like this."

"Even some ambulances were driving around trying to figure out where they were supposed to be positioned. We were given the wrong directions over-and-over and the parking passes we had were for lots that didn't exist," said the supplier, who did not want their name published due to the sensitivity.

The stadium cooling system, which Qatar has described as state-of-the art, struggled to keep the stands cool. Humidity levels and temperatures will be lower when the tournament starts, but there will be other challenges. Unlike on Friday, ticket holders will be able to drink beer outside stadiums before and after each game.

Friday's game was also a test for stadium security. Close to the pitch, guards in dark clothes and baseball caps were positioned every few yards in the aisles, monitoring fans, who were enthusiastic but well-behaved. Outside, guards patrolled the perimeter in groups of five men or five women, each with a hook-shaped baton dangling from their belt. Some carried fistfuls of zip-tie handcuffs.

Preparations go far beyond the stadiums.

To prevent traffic across its only land border — with Saudi Arabia — from jamming roads, organizers are leveling a section of desert where fans will park their cars and board buses for the 62 mile journey up the desert highway to Doha. Authorities will limit cars on the roads by ordering schools to close for the tournament, banning vehicles from swathes of the city and urging businesses to have staff work from home.

An old airport is back in operation to handle extra flights and new passport control stands are being introduced to triple the number of passengers Qatar can process. Qatar Airways is shifting 70% of its flight schedule to create more landing slots during the tournament.

(Reporting and writing by Andrew Mills; Editing by Dominic Evans and Andrew Cawthorne)