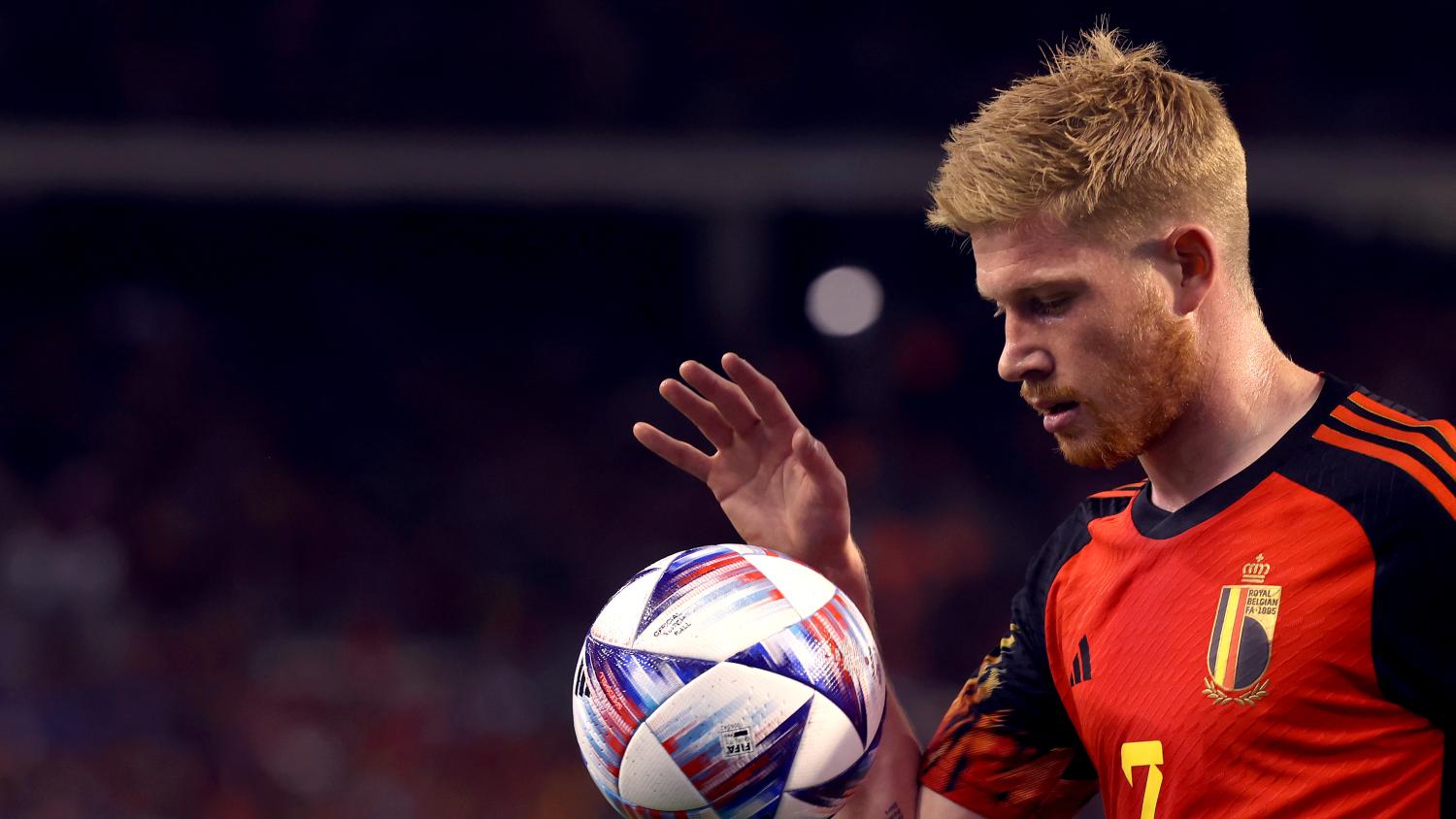 Will Kevin de Bruyne be able to carry the dream of this golden generation on his shoulders?
Getty Images

To prepare you for the tournament, The18 has launched team-by-team previews for the FIFA World Cup in Qatar. Here's the Belgium World Cup preview 2022. The Red Devils will play in Group F against Canada, Morocco and Croatia.

How They Got Here: Belgium had a quite peaceful road to the World Cup. They finished unbeaten in Group F of the UEFA qualifiers (six wins, two draws), edging Wales, the Czech Republic, Estonia and Belarus.

What's To Like: Belgium is a team packed with talent. But three of their stars are absolutely off the charts. There's no doubt that Thibaut Courtois is the best goalkeeper in the world right now, while Romelu Lukaku – when he is fit – is one the most dangerous strikers in the game.

The third one? Kevin de Bruyne and his GPS, physic-bending passes. The Manchester City midfielder is a special player and is looking for a world-stage title that will allow him to engrave his name next to the greatest in history.

What's Not To Like: Sadly, two or three things.

First, Belgium has had a wonderful decade, always being a favorite or a dark horse entering a tournament. However, the team hasn't been able to deliver in terms of the expectations generated around them. The worst part is that the squad heading to Qatar is not the best of the so-called golden generation of Belgian soccer.

Another issue is their defense. Despite having Courtois in goal, in 2022, Belgium only had two clean sheets – a friendly against Burkina Faso and a 1-0 win over Poland. The Red Devils allow too many shots on target for their own sake and the aging duo Alderweireld-Vertonghen have their best days in the rear mirror.

Finally, we really don't know how fit Lukaku will be for the tournament. The striker is struggling with a hamstring injury and the options in the squad to replace him are a notorious downgrade. Sorry, Michy Batshuayi.

When the team is tuned in, Belgium seems like an orchestra where everybody does their part. But when things are hard and dark, the only one who seems apt to change the story is De Bruyne. KDB is the beacon of light of this squad. His passing skills are mind-blowing, always breaking apart their opponent's defense and showing creativity levels that truly defy logic.

Oh! And he can put the ball into the net with the most clinical touch.

Most Likely To Fuck It All Up: Alderweireld or Vertonghen fooling around with the ball or Michy Batshuayi missing a cookie.

What Will Make This A Good World Cup: Semifinals.

Bonus Prediction: The decision to allow the players' relatives in the Belgium camp – after the game against Morocco and before the match vs. Croatia – will spark the old debate again if it's convenient or not have to sex during a tournament of this nature.