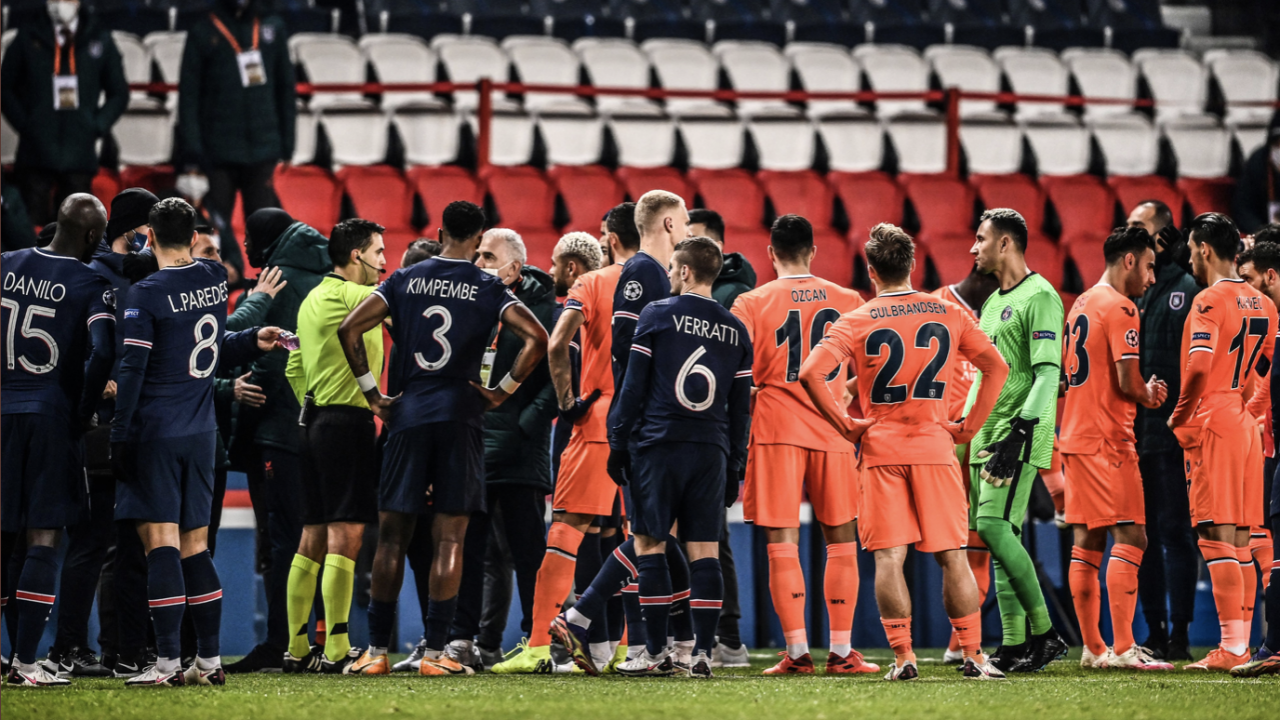 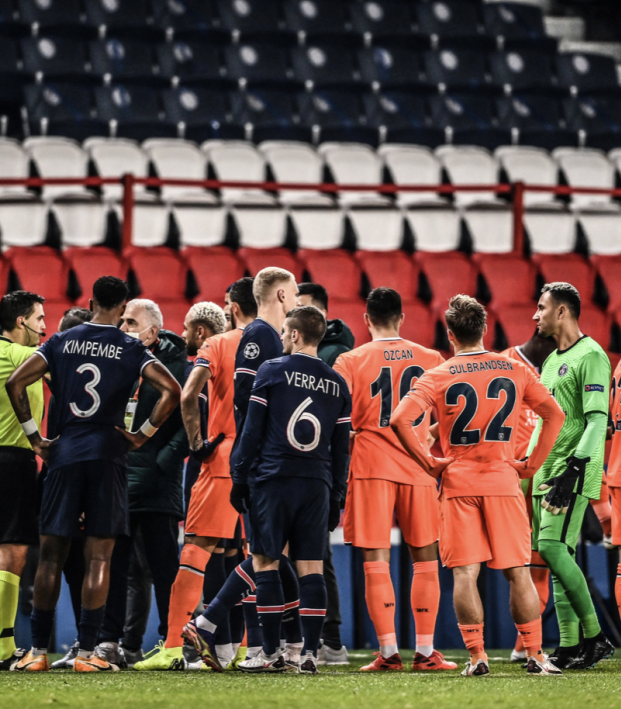 Confusion and anger swirled in the Parc des Princes during Paris Saint-Germain’s vital Champions League clash with Istanbul Basaksehir on Tuesday. Viewers watching from home were left Googling and searching on Twitter "why was PSG game suspended?" after watching all of the players exit the field in the first half.

In the 16th minute, Basaksehir’s assistant coach Pierre Webo was shown a straight red card after an argument broke out on the sideline. As Webo was being sent off he could be heard questioning the fourth official on why he used the word “negro.”

We are with you WEBO #NoToRacismpic.twitter.com/uI1TpHddl1

Why Was PSG Game Suspended?

Shortly after the incident both sets of players walked off the field in response to the alleged racist incident with the Romanian fourth official.

Former Chelsea and Newcastle striker Demba Ba spoke with the referees asking why must the referee referred to someone as “this black guy.”

Top soccer reporter Fabrizio Romano tweeted that the fourth official referring to Webo as “the black guy” is what sparked the incident.

What a shame in Paris. 4th ref said “the black guy” when indicating to the ref who should be booked on Istanbul’s bench. Istanbul Basaksehir walks off the pitch for racism. “Why you call him black man?!”, Istanbul players are literally furious. #UCL #PSGIBFK

NO TO RACISM | #Respect pic.twitter.com/Ic1BzfANoi

PSG star Kylian Mbappé took to Twitter in support of Webo too. The Frenchman's tweet was posted about an hour and a half after the players left the field.

SAY NO TO RACISM.

M.WEBO WE ARE WITH YOU.

After a long period of the players not returning to play it was announced nearly two hours later that the game will be re-scheduled for Wedensday.

CONFIRMED: PSG - Istanbul will be played tomorrow at 12:55pm ET and restarted from the 14th minute. pic.twitter.com/ziMdHnJkmu