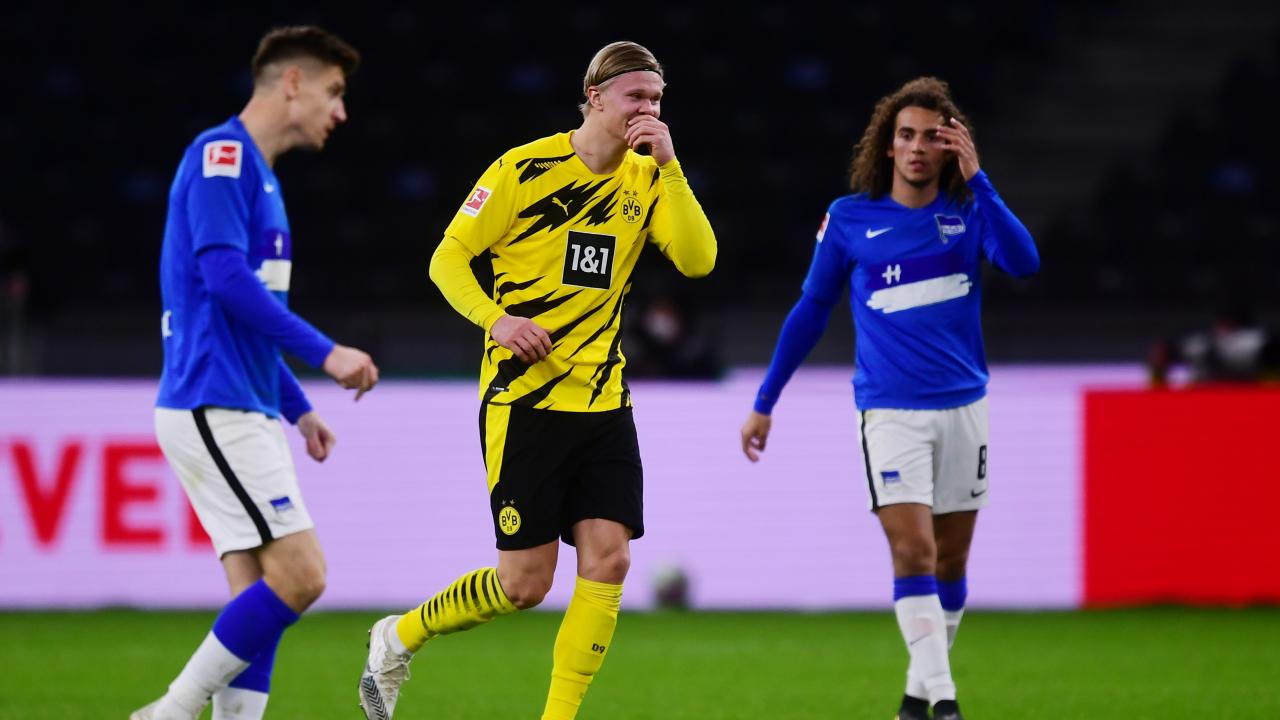 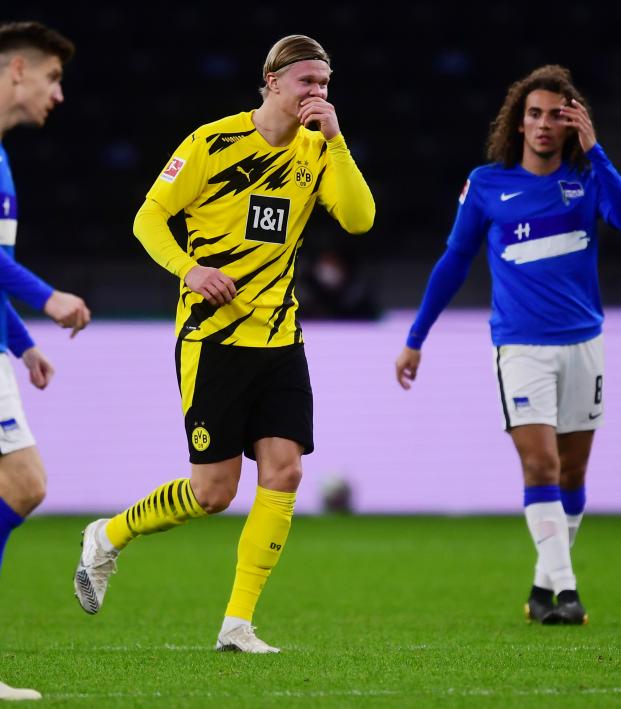 BERLIN — Erling Haaland scored four goals in a sensational second half to help Borussia Dortmund come from a goal down and crush hosts Hertha Berlin 5-2 on Saturday to take over second place in the Bundesliga.

Haaland struck twice between the 47th and 49th minutes to put his team in front after Matheus Cunha had stunned the visitors with an unstoppable shot from 25 metres in the 33rd.

Haaland added a third goal in the 62nd when he pounced on a Hertha mistake to round the keeper, and grabbed his fourth after Raphael Guerreiro had also scored for the visitors in the 70th.

Haaland was taken off in the 85th minute to allow 16-year-old Youssoufa Moukoko to become the youngest ever Bundesliga player.

Dortmund move up to 18 points, one behind leaders Bayern Munich and ahead on goal difference of third-placed Bayer Leverkusen.