Ahead Of Big Month, USWNT Still Confident It’s No. 1 Despite Last Summer’s Disappointment 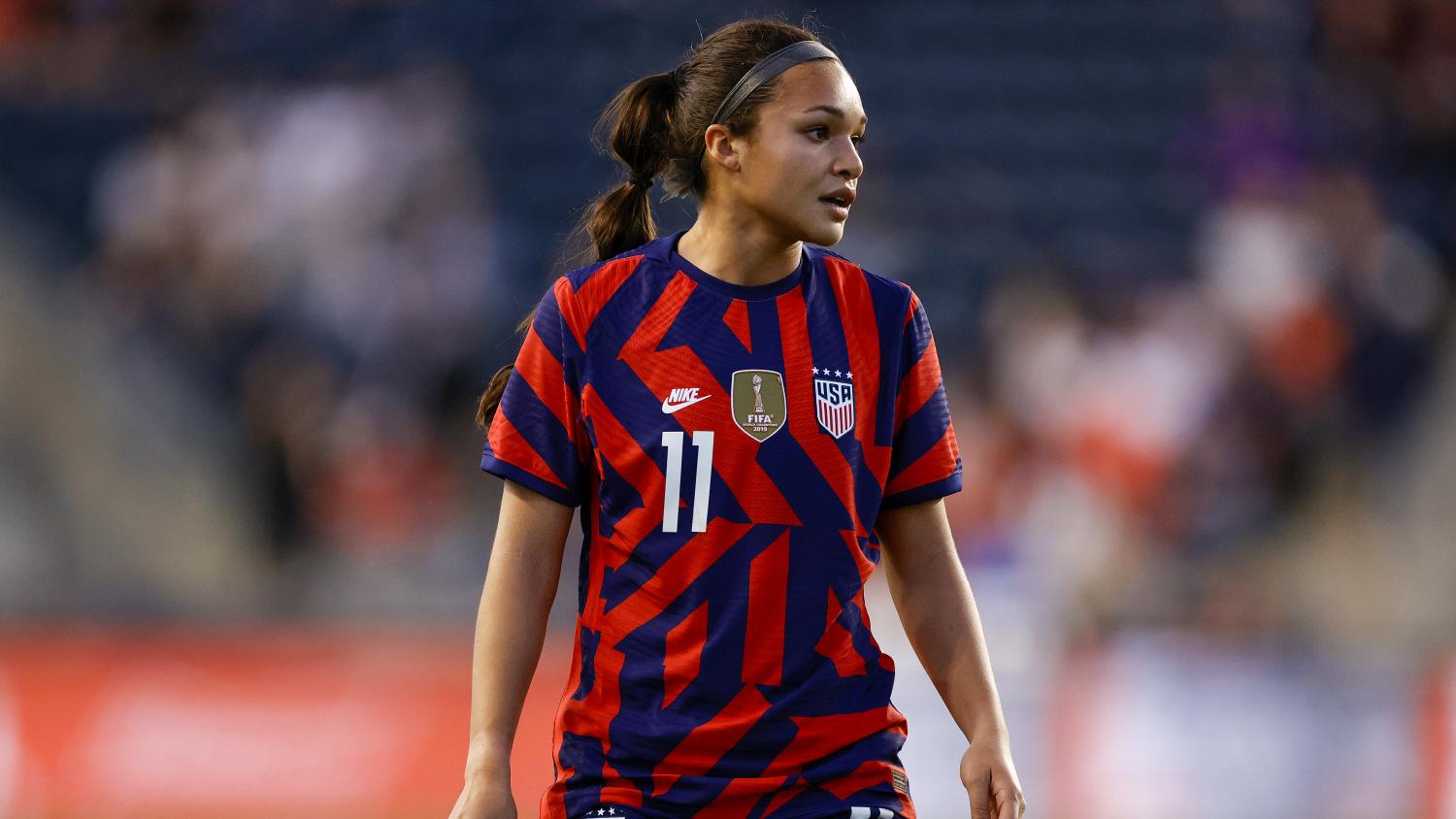 The USWNT returns to the spotlight next month.
Getty Images

The USWNT has licked its bronze wounds from last summer’s Olympic Games and is on a 12-game unbeaten streak. The past year has seen the USWNT trounce the likes of Paraguay, Uzbekistan, South Korea, a solid win in Australia and take home the 2022 SheBelieves Cup. This team is still the best in the world, according to its players.

FIFA agrees as the latest women’s rankings released on Friday still have the Stars and Stripes on top of the world.

Here’s a full look at the latest #FIFARanking.

Who deserves to be ranked higher? pic.twitter.com/FnUmHaf0Yb

The18 spoke with some of the team ahead of Saturday’s friendly game in Commerce City, Colorado, against Colombia and confirmed the confidence in the camp. Portland Thorns and USWNT forward Sophia Smith said she doesn’t need to look at FIFA rankings to know this team is No. 1.

“I don’t think anyone pays attention those (FIFA rankings),” Smith said. “We’re always going to be the best in the world and that’s our goal.

“A lot of people have their thoughts on who is what and that doesn’t matter us.”

The 21-year-old is one of several youngsters on the latest roster looking to make their mark on the team after being snubbed from the 2020 Olympics. The Colorado native will want to make Saturday a happy homecoming as she plays her first international game back in her home state.

Smith is in prime goalscoring form with eight goals in nine NWSL games for Portland. Her goal tally is the second-highest in the league behind Alex Morgan (11).

A handful of young talent from Colorado is sprinkled into the latest roster; 22-year-old midfielder Jaelin Howell will look to make her sixth cap for the USWNT and agreed this team is the top in the world.

“Day in and day out I think this team proves that they’re the best and coming up we’re going to do the same,” Howell said.

The upcoming month is crucial for the USWNT as it will compete in the Concacaf W Championship to secure qualification for the 2024 Olympics in Paris and the 2023 World Cup in Australia and New Zealand.

In case you need a referesher on the format of the tournament, you can find that here.

The USWNT was drawn into Group A with Haiti, Jamaica and host Mexico. The tournament will likely be a collision course in the final between the U.S. and Canada, a rematch of last summer’s Olympic semifinal.

Before any of that takes place, the USWNT has two tune-up friendlies against Colombia. The first game is Saturday in Colorado followed by a game in Utah on Tuesday.

Colombia sits 28th in the world and should provide a tougher test than the last South American team to face the USWNT. Paraguay played a pair of friendlies in September and lost by a combined score of 17-0.