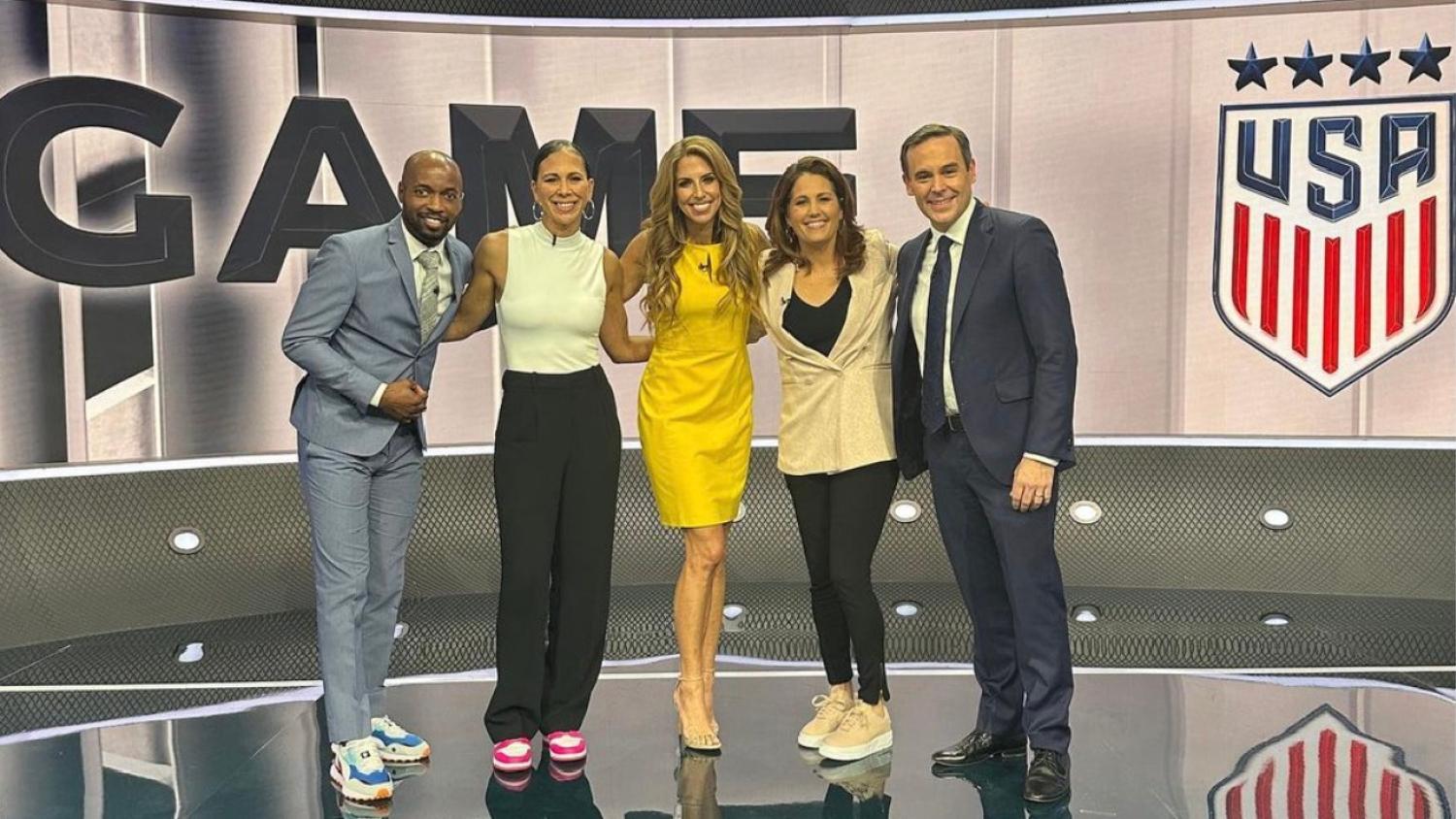 Beasley, Foudy and Boxx all said the USMNT should make a change at manager.
@juliefoudy | Instagram

U.S. Soccer made its debut on HBO Max Tuesday night with the USWNT beating New Zealand in a friendly in Wellington thanks to four second-half goals, including Alex Morgan's 120th international strike off a ridiculous Rose Lavelle backheel.

The Football Ferns were a little overmatched.

One nice feature of the broadcast was zero commercials from pregame show to kick-off to postgame wrap-up (paying $16 a month does have its perks). In studio, Julie Foudy, Shannon Boxx and DaMarcus Beasley provided the analysis with a collective wealth of 594 caps between the three.

The pregame was all about the USWNT, but the postgame touched on the current status of the men's program with interim manager Anthony Hudson taking charge of January camp while uncertainty lingers over the longterm future of the role — will Gregg Berhalter continue or should a new coach take over for the four-year cycle leading to the 2026 World Cup?

On HBO Max, Beasley, Foudy and Boxx all agreed that it was time for change.

Quite a first @USSoccer postgame show on HBO Max. DaMarcus Beasley: Gregg Berhalter lost locker room and has got to go. Foudy: "I don't think Gregg can continue."

More DMB: "US Soccer, for one, can’t stay with Berhalter… I hope Cindy or Earnie or whoever’s making the decisions can see that... before this, I was on the Gregg Berhalter train"

Boxx: "Unfortunately I think I have to agree w/ you… feels like maybe they need a fresh start"

Foudy: "It seemed like there was so much love around that team during the World Cup, which it seemed like Gregg fostered … the thing that gets me the most, it’s just sad … that’s Roz’s story to leak out, not Danielle’s … I don’t think Gregg can continue after this"

Luke Wileman, who did the play-by-play for the match, then asked the question we're all facing: Who's out there for the USMNT to get?

Wileman: "It’s just such a huge moment… did he get the best out of that group of players? Could a different coach maybe come in and get more out of the group with a different philosophy?… Sometimes at the end of that cycle, you need just a refresher … is that coach out there?"

If Berhalter does get the extension there's obviously going to be a lot of divide with so many former players already publicly questioning that route (Clint Dempsey, Maurice Edu, Herculez Gomez, Eric Wynalda, etc.), and we know that the 49-year-old wasn't top of the federation's wish list since an approach for Zinedine Zidance has already been rejected.

Berhalter does have one man in his corner: Alexi Lalas.

"I am angry that Gregg Berhalter is going to be denied the opportunity, even though I don't think that you should continue for multiple cycles, is ultimately going to be denied this opportunity for what has ultimately happened to him," Lalas said on his podcast. "I think it is BS and I think it is unfair. I have come to the point where I am actually advocating for not letting that win. Not letting that happen is the best course."

I agree with Lalas in that it'd be unfair for Berhalter to be fired over the Gio Reyna soap opera. But I also think it'd be just as unfair to keep him as manager of the United States national team as a response to overbearing soccer parents.

Getting the best manager possible to lead the program while hosting the world's biggest sporting event should be the only criteria considered, and Berhalter did a great job over four years but he's not top of that list.