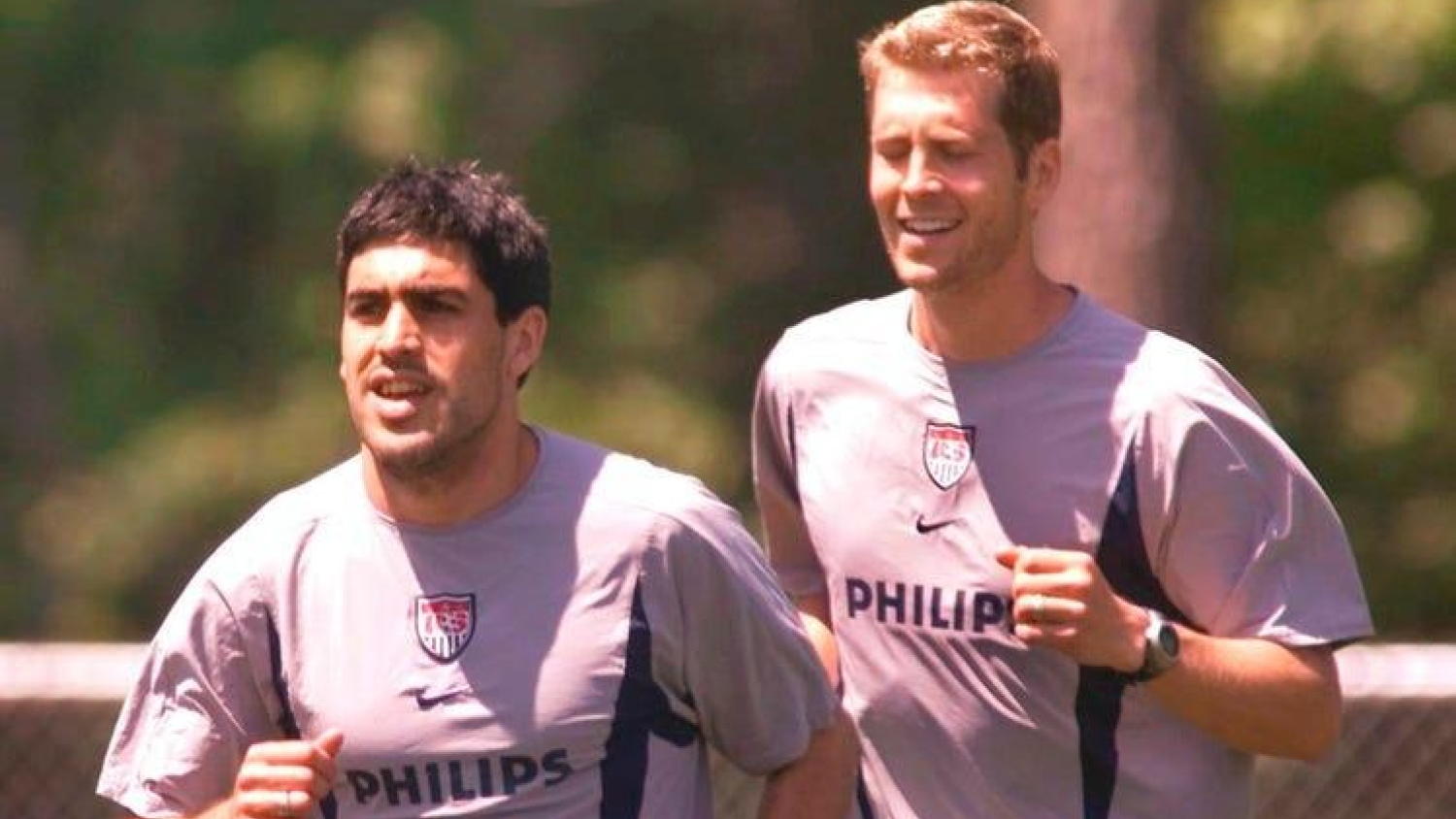 This is the bombshell of all bombshells.
@MenInBlazers | Twitter

ESPN’s Jeff Carlisle and Kyle Bonagura have revealed some of the most insane U.S. Soccer drama. The parents of U.S. phenom Gio Reyna — National Soccer Hall of Famer Claudio Reyna and his wife Danielle — were the ones responsible for allegedly blackmailing Gregg Berhalter during the World Cup about a domestic violence incident from 1991.

Berhalter said in a lengthy statement on Tuesday that someone was blackmailing him during the World Cup for an incident when he was 18 years old between him and his now wife Rosalind. In the statement Berhalter admitted to kicking Rosalind in the legs after an argument in the fall of 1991.

The perpetrators of the alleged blackmail were revealed to be the Reyna parents, per ESPN. Danielle and Rosalind were teammates at the University of North Carolina for four years while Gregg and Claudio have a relationship that spans all the way back to youth and high school soccer.

This makes sense for how they had knowledge of an event that happened over 30 years ago.

The details about Berhalter kicking Rosalind weren’t revealed to U.S. Soccer until Dec. 11, when Claudio and Danielle told an executive during a phone call.

Dec. 11 was the same day that Berhalter told the HOW Institute for Society's Summit on Moral Leadership in New York that he almost sent an unnamed player home from the World Cup for not meeting the team’s expectations. It was obvious that the anonymous player was Reyna.

Claudio Reyna and his wife Danielle gave U.S. Soccer the information about Gregg Berhalter kicking his now-wife Rosalind around 1991, per multiple reports pic.twitter.com/NbGIk1T9n9

Claudio Reyna sent multiple messages to U.S. Soccer executives during the World Cup threatening to reveal sensitive details about Gregg Berhalter's past, according to ESPN.

Claudio and Danielle have released their own statements. The pair said that they never threatened anyone.

Berhalter said on Tuesday that the person who contacted U.S. soccer said they, “had information that would ‘take me down.’”

"The statements from yesterday significantly minimize the abuse on the night in question. (1/2) pic.twitter.com/r4x4yNghA6

In response to the call about Berhalter’s past U.S. Soccer hired Alston & Bird LLP to do an independent investigation. USMNT assistant coach Anthony Hudson will take over the team’s January camp during the ongoing investigation.

The Reyna parents could face some serious repercussions. The18 spoke with Cameron J. Collins, a Law Professor and Chief Legal Officer of minor league basketball team Seattle SuperHawks who explained what could happen.

"We obviously do not have all of the facts yet," Collins said. "But if this case were to fall under 18 U.S. Code § 873, the statute codifying Federal Blackmail, it is a crime punishable by up to a year in prison, a $1,000 fine, or both."