USMNT manager Gregg Berhalter was blackmailed during the World Cup 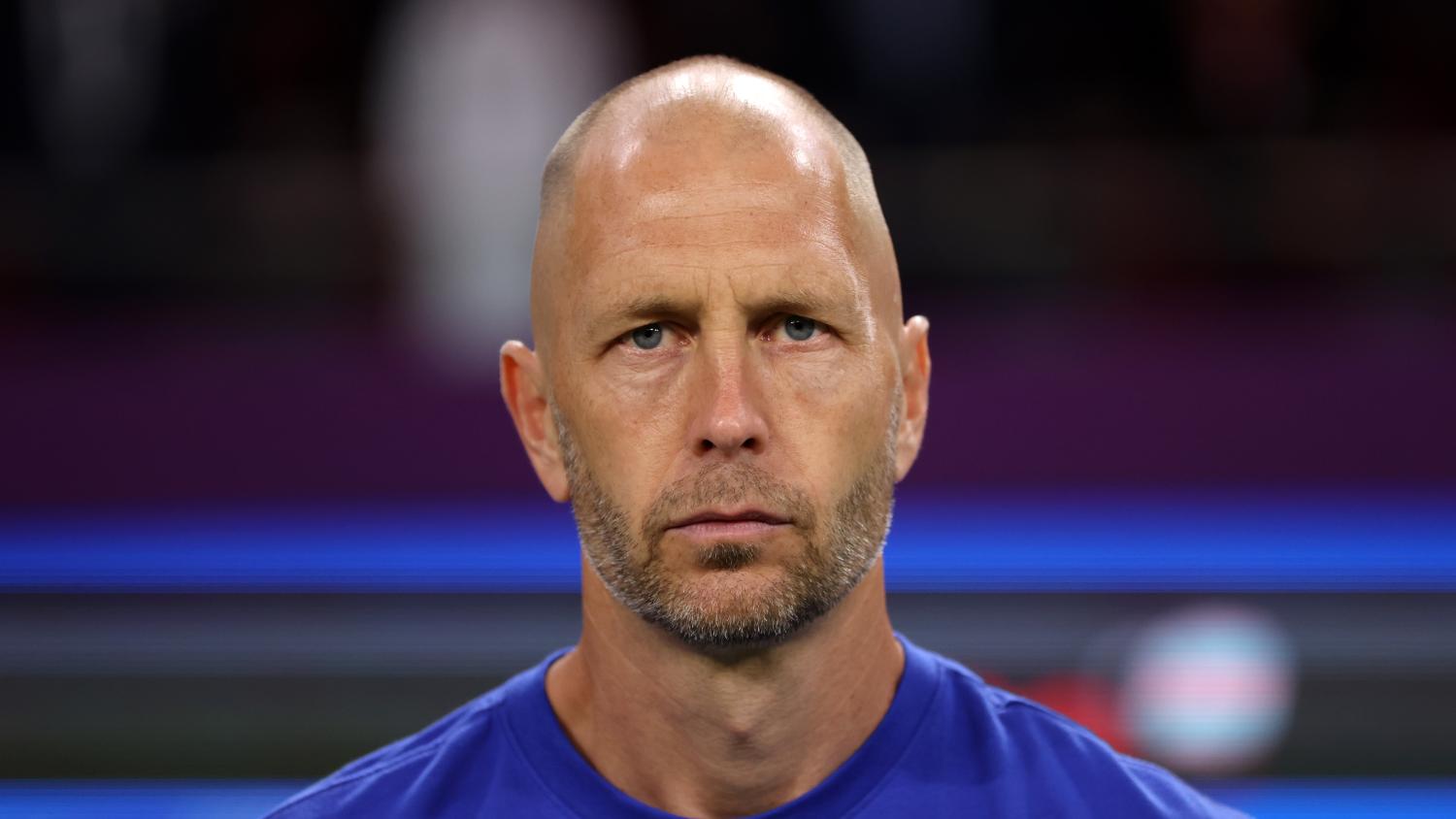 An attempt to blackmail USMNT manager Gregg Berhalter during the World Cup was revealed by Berhalter himself on Tuesday with the 49-year-old coach issuing a statement on Twitter from what was later confirmed as his personal account.

In it, Berhalter describes an incident from 31 years ago when, as an 18-year-old, he had a violent incident with his wife Rosalind. The two have now been married for 25 years but the actions occurred after they'd been together for four months.

"This is a difficult step to take," Berhalter said about explaining the incident online, "but my wife, Rosalind, and I want to clearly and directly share the truth. This is a story that belongs to us, but hopefully there are lessons from our relationship that can be valuable to others." 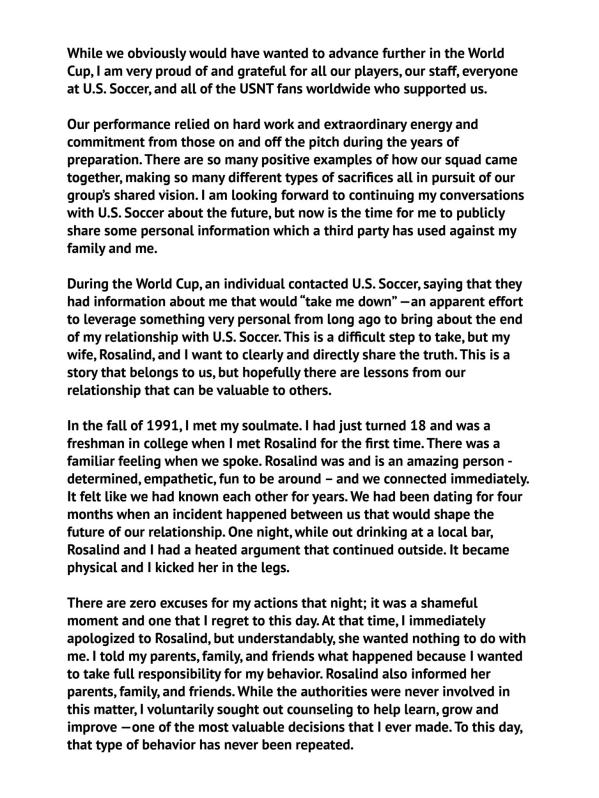 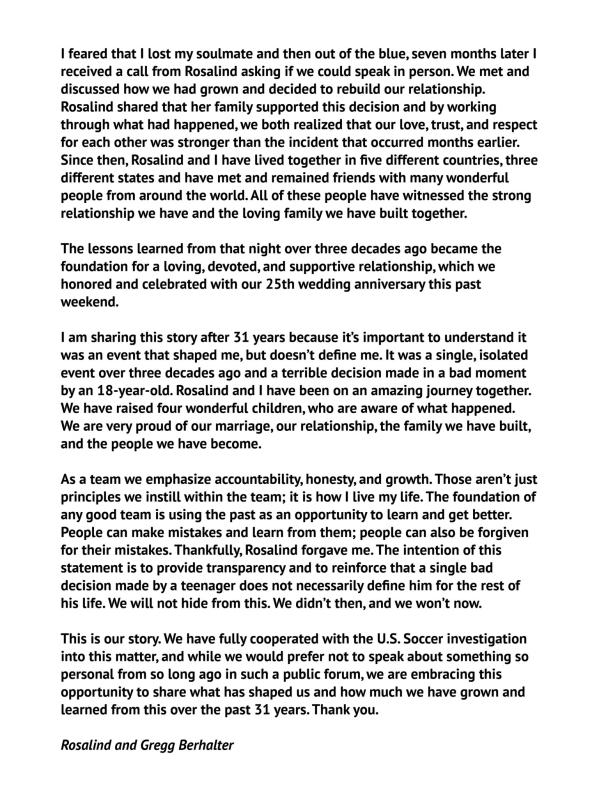 15 minutes after Berhalter's post, U.S. Soccer issued a statement about the start of an independent investigation, as well as a promise to "announce who will lead the January Men's National Team camp in the coming days."

The response from everyone around U.S. soccer regarding the incident was that this is a private matter from the distant past that's been resolved in the best possible way. The perpetrator of the blackmail clearly has the biggest issues.

Gregg Berhalter does not owe any of us an apology for something he came to terms with his family that happened 31 years ago.
Sad there are people out there that would attempt this to a person/family.

And this isn’t a fanbase thing. It’s a sick individual thing.

At what point is enough “enough”?!
The Berhalter family should NOT be addressing this publicly. I am sorry to Rosalind, the kids and Gregg for this level of crap. This is NOT about the game, his coaching, or management. Uncalled for IMHO. https://t.co/G14FMhgOuD

So, evidently someone blackmailed our US National Team coach Gregg Berhalter during the World Cup about an incident that happened between Gregg and his wife (then girlfriend) 30+ years ago. American soccer…we eat our own. ⚽️ https://t.co/merxsDo1nk