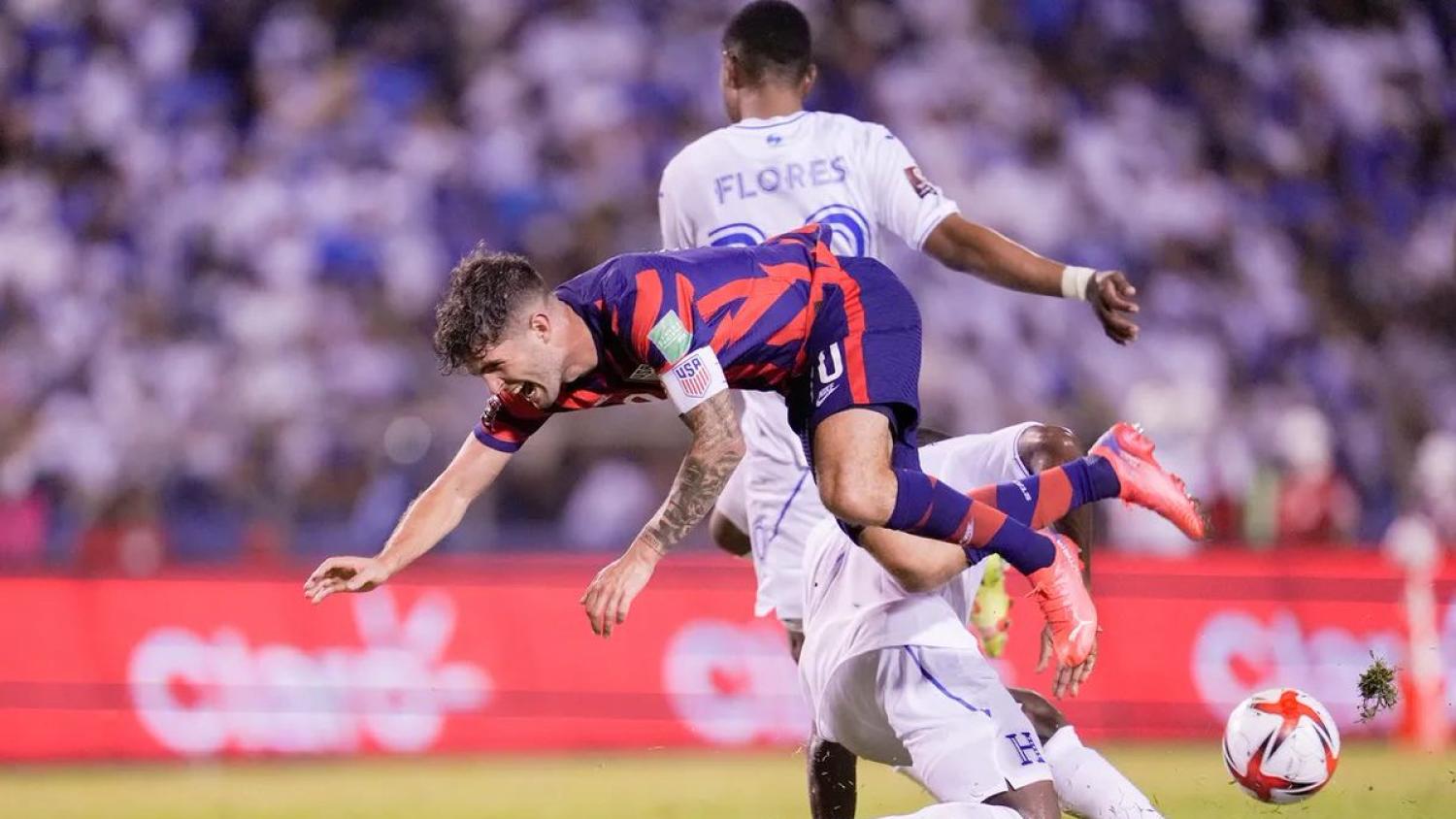 Many of us feared for the worst when Pulisic threw himself on to the Honduras field.
@FrankKhalidUK | Twitter

The USMNT injury updates include a mixed batch of good and bad news.

Chelsea manager Thomas Tuchel gave a Christian Pulisic injury update after the American forward suffered a knock to the ankle during the USMNT’s 4-1 victory against Honduras. Good news U.S. and Chelsea fans, Pulisic will only be out for 10 days.

“For Christian, unfortunately he came yesterday on crutches and he has an ankle injury with about 10 days," Tuchel said.

OFFICIAL: Christian Pulisic is out for 10 days, confirms Thomas Tuchel.

The @USMNT star will miss the next three matches, including Chelsea's Champions League opener against Zenit next Tuesday, with an ankle injury. pic.twitter.com/oKZ5oJkjhP

Pulisic will miss Chelsea’s Premier League meeting with Aston Villa on Saturday along with the Champions League opener against Zenit on Tuesday.

Prior to Pulisic’s knock, Gio Reyna and Sergiño Dest suffered injuries during the first World Cup qualifying window. Reyna is dealing with a hamstring injury and will be out longer than Pulisic. Borussia Dortmund reported he will miss several games, meaning he’s questionable for the next international window in October.

“Marco Reus is better, and we assume that he can play on Saturday. Gio Reyna came back with a muscle injury and will be out for the next few games. Also Emre Can will need a few more days to recover.” pic.twitter.com/C0QIbDli1t

Dest will be out for a period too after he sprained his right ankle in the first half of the USMNT’s clash against Canada.

It’s unclear how long the American right back will be out for. Spanish news outlet Marca reported that Dest’s knock is “a low-grade injury, but his availability will only be determined by how it evolves."