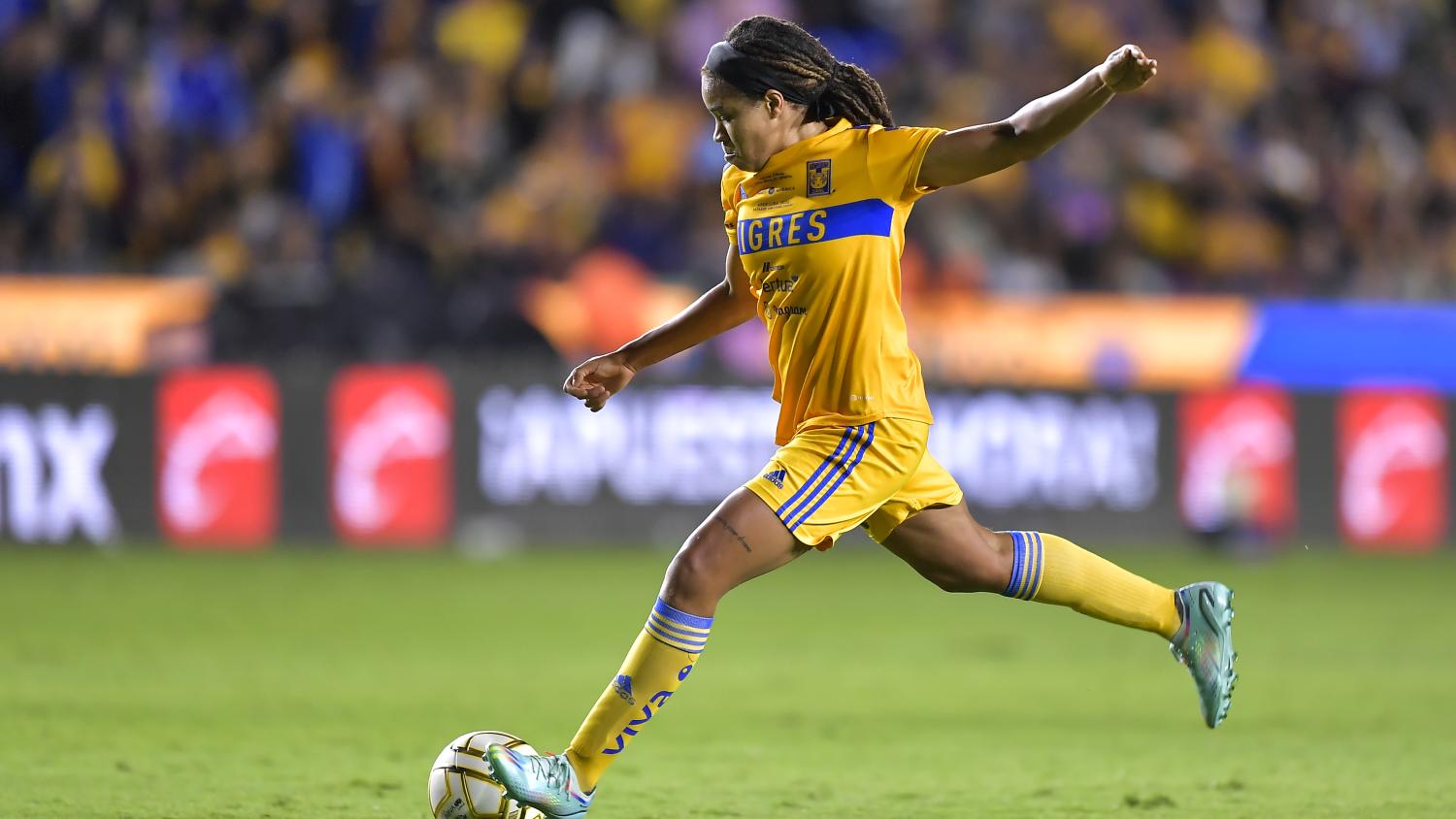 After winning the 2022 Liga MX Femenil Apertura Golden Boot with 17 goals in 17 games before adding three more in the playoffs during Tigres' run to the title, 21-year-old American Mia Fishel picked up right where she left off Monday night in the opening match of the Clausura: Fishel scored a first-half brace in her side's 6-0 win over Atlas.

The former UCLA standout was left off Vlatko Andonovski's 24-player roster for January's trip to New Zealand, but Fishel certainly provided him with more food for thought with two nicely taken goals.

The first was a thumping header in the sixth-minute.

The second was a sweetly struck volley in the 30th.

Fishel was an absolute force at the U-20 level, scoring 13 goals in six appearances at the 2020 Concacaf U-20 Championship, but she's yet to receive her first senior cap.

"Mia is a very good young player, we are very familiar with her qualities," Andonovski explained. "But as of right now, after looking at everything, we decided the forwards that we have in camp are going to give us the best chance to be successful."

Andonovski called in six forwards with Lynn Williams effectively replacing the injured Megan Rapinoe and Midge Purce doing the same for Sophia Smith. The depth chart is basically this for New Zealand:

There are other forwards/wingers carrying injuries (Catarina Macario, Tobin Heath, Christen Press), but at the moment it looks like Andonovski prefers the Washington Spirit's Hatch over Fishel. Hatch had a fantastic 2021, winning the NWSL Golden Boot and scoring twice in two games for the USWNT, but 2022 wasn't as productive with the Spirit missing the playoffs and a return of two goals in 10 national team caps.

For Tigres, the right-footed Fishel plays up top alongside Nigerian forward Uchenna Kanu. She also drifts out to the right on occasion, so she could be an option on that flank.

It'll be difficult for Fishel to make the World Cup squad with the tournament just 193 days away, especially with the current crop of forwards likely to excel in the upcoming friendlies against a New Zealand team that conceded five to the U.S. at the 2022 SheBelieves Cup. But if Fishel continues to score at a prodigious rate in Liga MX, maybe she'll get her opportunity at February's SheBelieves Cup against Canada, Japan and Brazil.