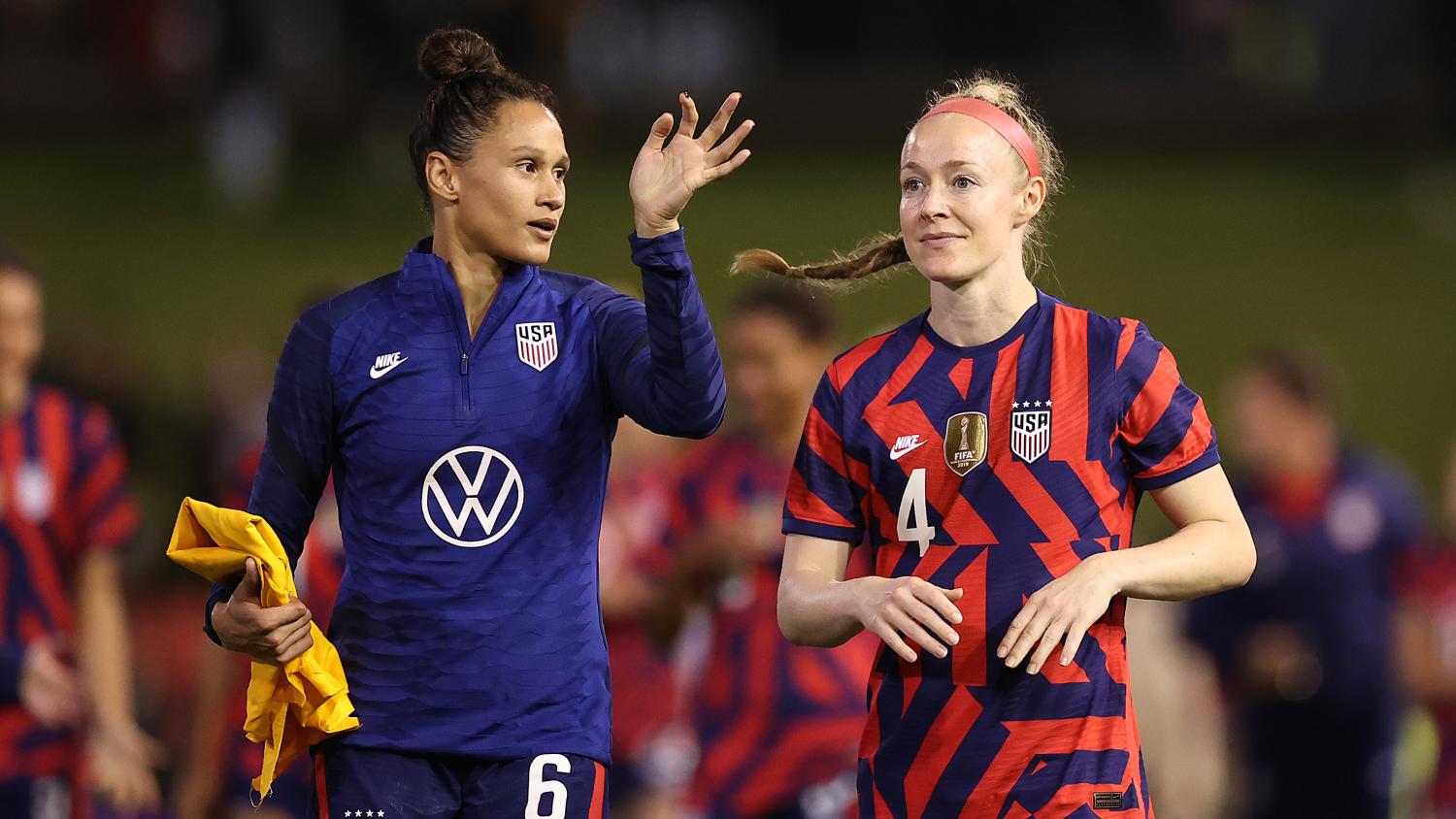 The United States are gunning for an unprecedented third straight World Cup title — and fifth overall — when the tournament kicks off in less than 200 days, after a frustrating end to 2022.

Morgan, who led the National Women's Soccer League (NWSL) with 16 goals last year, is one of only four players in the squad with more than 100 caps, along with defenders Becky Sauerbrunn and Crystal Dunn, and midfielder Lindsey Horan.

Notable names include 2021 NWSL Rookie of the Year Trinity Rodman, 20, and 22-year-old defender Naomi Girma, who are among 14 players with 25 or fewer caps.

It is a valuable road trip for the Americans, who will play all their Group E games in New Zealand starting against Vietnam on July 22 in Auckland.

"To get to bring the team to New Zealand in January and play in our World Cup venues has so many benefits so we are going to make sure we maximize our time together," said manager Vlatko Andonovksi.

The team will be without charismatic veteran Megan Rapinoe and reigning NWSL MVP Sophia Smith, as the two forwards recover from injury.

The four-times world champions face no easy path to hoisting the trophy again and were left licking their wounds late last year when they lost three games in a row — to England, Spain and Germany — for the first time since 1993. They recovered to beat Germany 2-1 at home in their final match of the year.

Andonovski said he expects England to be one of their biggest rivals, after the fourth-ranked Lionesses won the Women's European Championship for the first time in an unbeaten 2022.

"They're definitely one of the contenders for the biggest prize in the world. They've been on a very good streak," said Andonovski. "I wouldn't mind facing them in the final because that means that we are in the final as well."

The United States play the Football Ferns on Jan. 17 in Wellington and on Jan. 20 in Auckland.