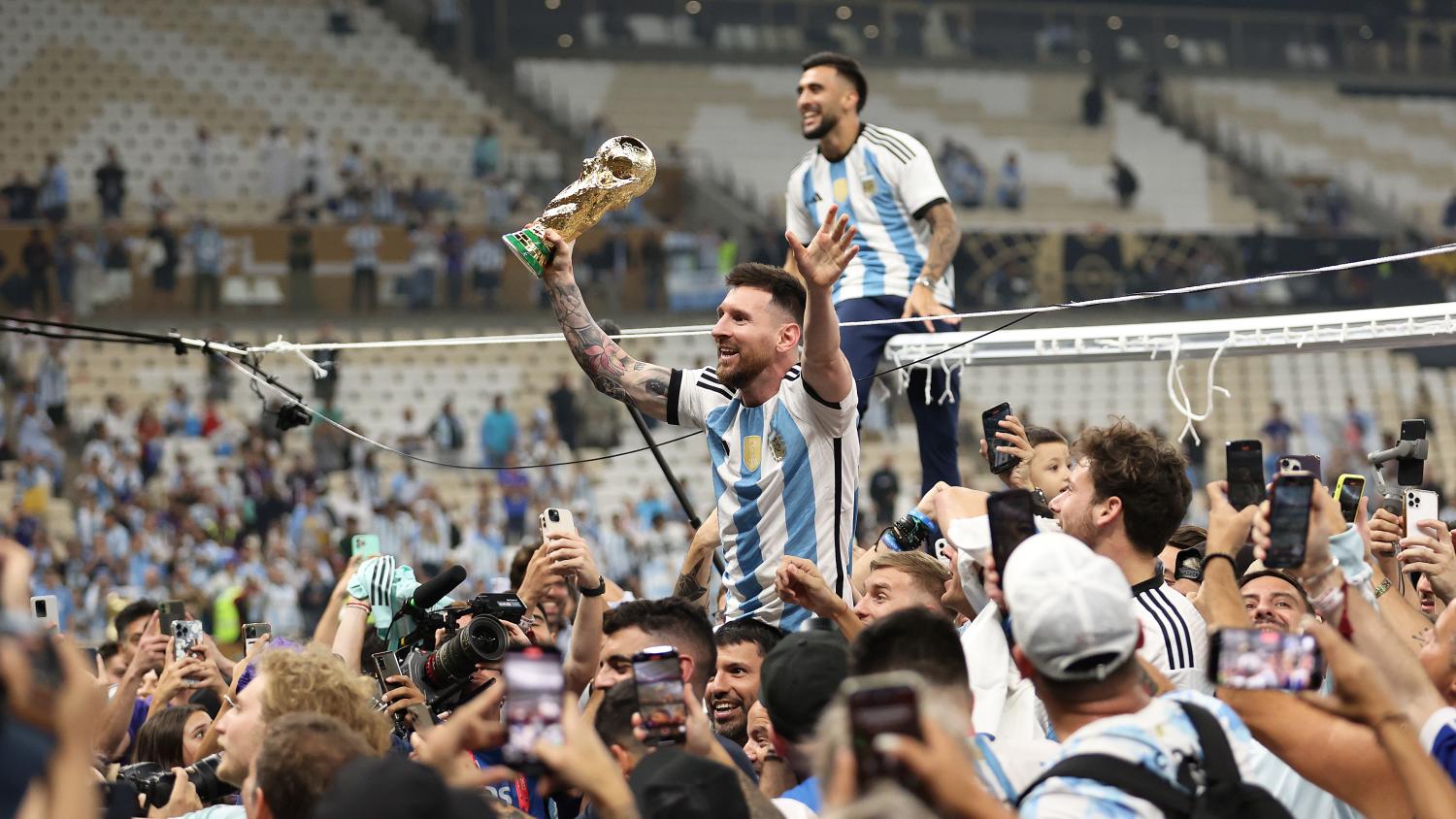 After getting more than 74 million "hearts" and becoming the most-liked post in the history of Instagram, the iconic photo of Lionel Messi lifting the World Cup trophy is again in the news.

This time for a very different and weird reason: Two Argentina supporters claim the trophy Messi was holding is a fake.

And they have evidence to prove it.

The first thing you should know is that the original World Cup trophy is an object jealously guarded. The FIFA president hands it to the world champions to be lifted on a podium for a few pictures before being placed in its case and secured in a safe, secret place.

Gianni Infantino – the current FIFA president – followed that protocol with Argentina and you can safely say that this picture below is with the authentic and original trophy.

However, after a few minutes, the authentic trophy is taken to this safe, secret place and FIFA hands the winners an official replica so they can continue with the celebrations and eventually place it in their trophy cabinet.

And here is where the story got messy for Messi.

Argentina's World Cup celebration was somewhat chaotic in Qatar, with way too many people on the grass of the Lusail Stadium — right, Salt Bae? — but also with two trophies making the rounds: the official replica and a fake one.

Where did the fake one come from? Argentina fans Manuel Zaro and Paula Zuzulich have the answer. Both were in Qatar that day and confessed to local media that they had taken the fake trophy to the stands as part of the folklore surrounding the event. But when La Albiceleste earned the title, everything went out of control.

"The idea was to get the players to sign it, but in the end, the trophy was taken down to the field three times," Zuzulich told Diario Clarín.

Zuzulich said a member of Leandro Paredes' family got him to sign it and revealed that the trophy was going from player to player for around 45 minutes while photos were taken. And that includes the iconic image with Messi lifting it.

And how do we know this? Well, thanks to Ángel di María.

There's a photo of the celebration in which you can see the winger talking to Messi and showing him some details of the trophy. And now there's a quote from him narrating some of the events and revealing his conversation with Messi.

Di María was holding a trophy at the same time that Messi was holding another. But Di María knew he had the right one, while Leo had the fake after a quick talk with the security personnel working on the final.

"The security people told me: 'Please don't give the cup to anyone.' I told them, 'But there's another cup over there,' and they replied 'No, no, the one you have is the real one, that's why we're with you.' And that's what I was telling Messi."