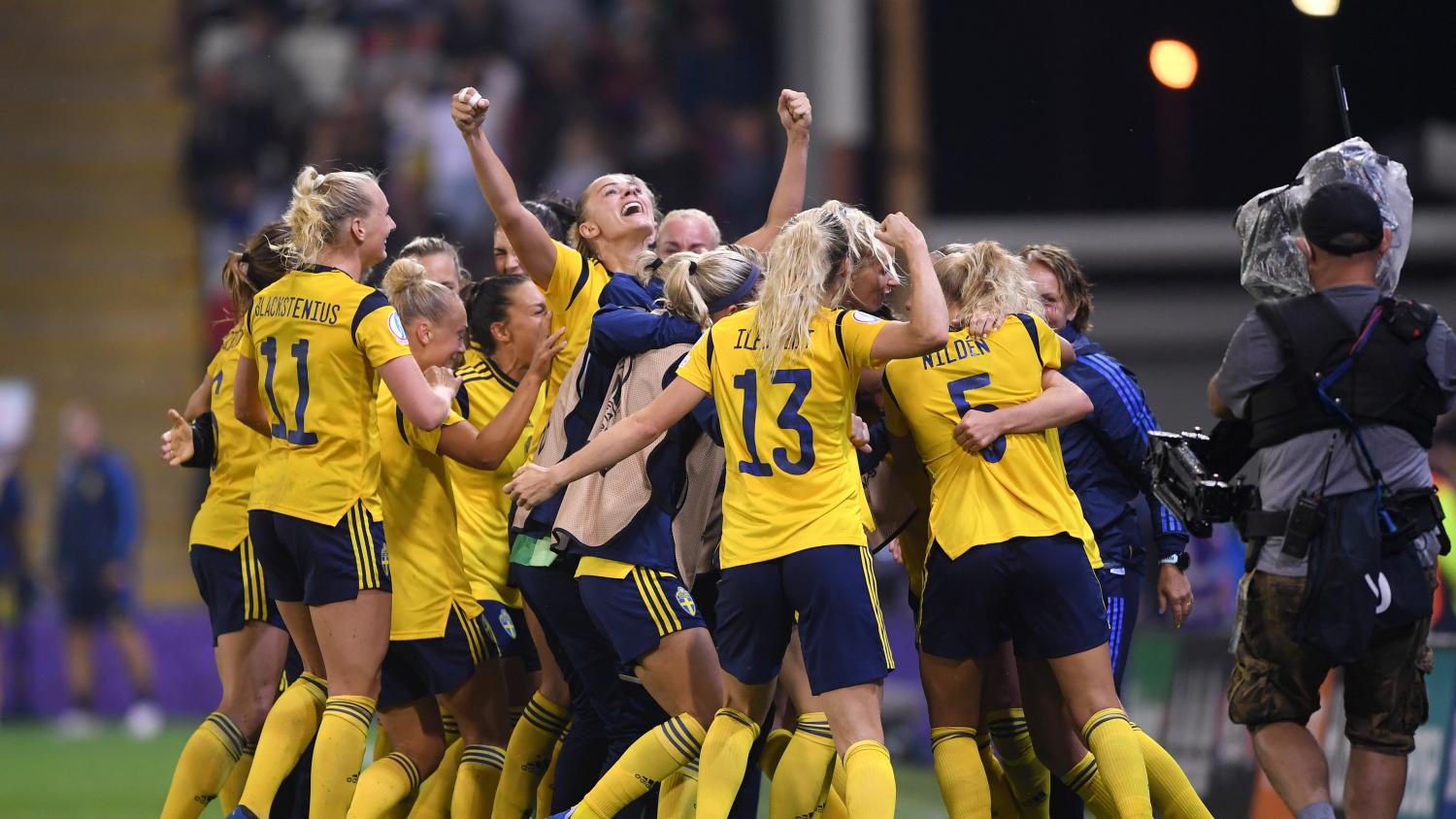 It took 33 shots, but Sweden finally found the back of the net.

After peppering the Belgium goal with dozens of shots — nine saved by Nicky Evrard — Sweden broke through in the 92nd minute to secure a 1-0 win and book its spot in the Euro 2022 semifinals on Friday at Leigh Sports Village.

Defender Linda Sembrant, in her first start of the tournament, kicked home the stoppage time winner to send the No. 2 team in the world into a semifinal against host England on Tuesday at Bramall Lane. Sembrant’s shot was the 33rd of the match for Sweden.

Sweden scored eight goals in the group stage but couldn’t figure out how to beat Belgium for 90 minutes on Friday. Despite the massive number of shots, there were few clear-cut chances, though Stina Blackstenius had a goal called back for offside and Evrard was a beast in goal.

At times it appeared Belgium might steal the win, as the 19th-ranked side in the world maintained 48 percent possession against the reigning Olympic silver medalists, but it wasn’t to be for the lowest-ranked team in the quarterfinals.

In the end, all that matters is the final score, and Sweden advances for a highly anticipated showdown with eighth-ranked England, which edged Spain 2-1 on Wednesday. On the other side of the bracket, fifth-ranked Germany awaits the winner of No. 3 France vs. No. 4 Netherlands, who play Saturday.