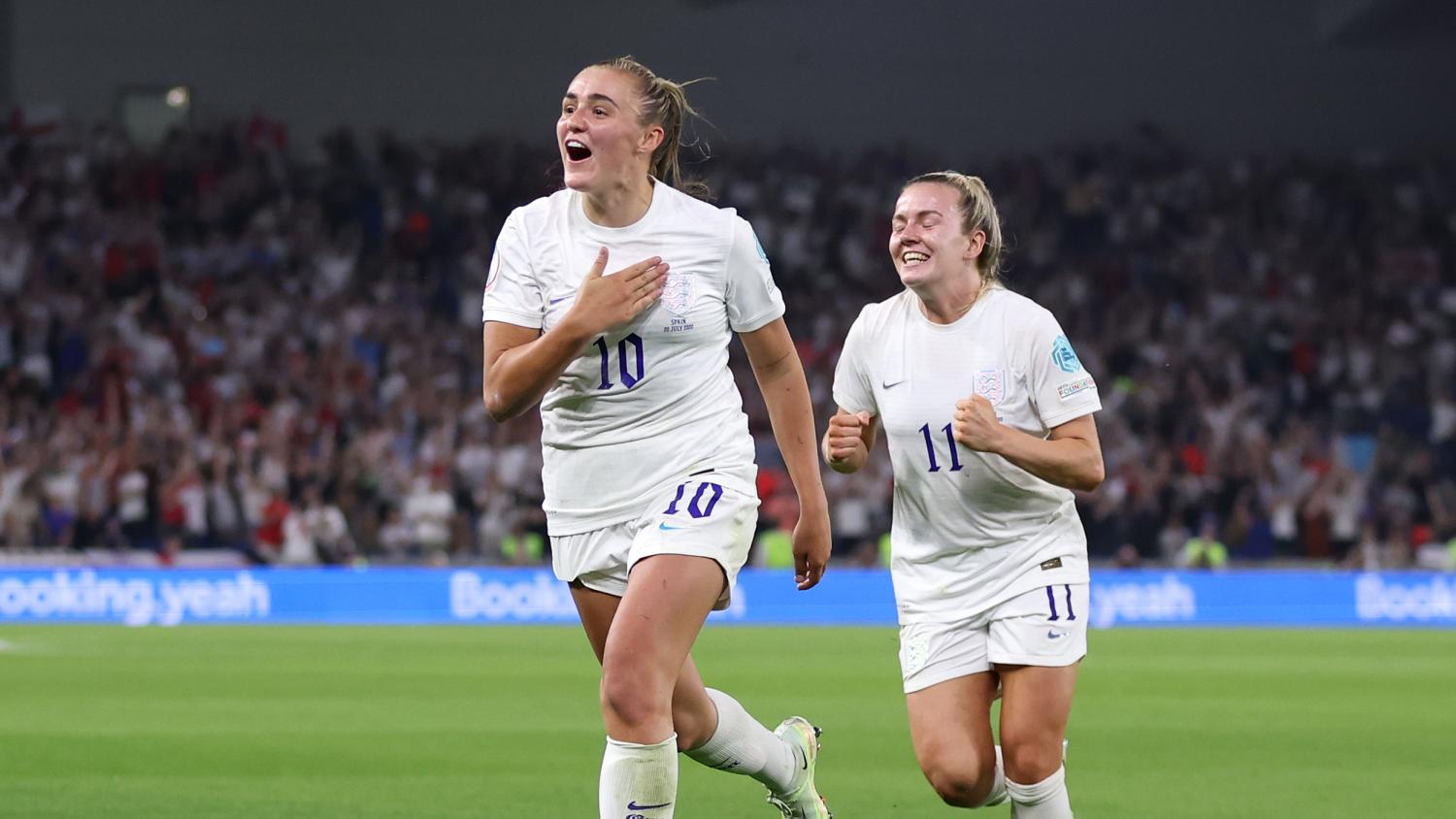 A late sub helped turn the match around for the Lionesses to beat Spain 2-1.
Getty Images

It’s not often a fullback gets the hook for defending so poorly. It’s even rarer for such a move to completely flip the script in a major match.

Sarina Wiegman’s decision to replace the struggling Rachel Daly in the 82nd minute helped spark a remarkable comeback as England beat Spain 2-1 in extra time in the 2022 Women’s Euro quarterfinals on Wednesday in Brighton.

Ella Toone equalized in the 84th minute and Georgia Stanway ripped a wicked 20-yard blast to win it in extra time as host England kept its dream of a first major international title alive in front of a raucous crowd at the AmEx Stadium. England will face either Sweden or Belgium in the semifinals on Tuesday at Bramall Lane.

Stanway’s goal was fitting of a quarterfinal winner. The Bayern Munich midfielder drove through the Spanish defense without resistance before deciding to launch from distance.

Stanway might not have had the chance to be the hero if not for England surviving despite a nightmare of a match from Daly.

Daly plays forward for the Houston Dash in the NWSL but lines up at left back for the Three Lionesses. She struggled defensively in the second half after Spain brought on winger Athenea del Castillo.

Del Castillo nutmegged Daly before setting up Esther González for the opener in the 54th minute. It was the first goal England conceded all tournament and came at the end of prolonged possession from La Roja.

It somehow got worse for Daly when del Castillo again megged Daly, whose only defense was to fall to the floor.

After going behind, Wiegman turned to youth with Chloe Kelly, Alessia Russo and Ella Toone all brought on within a five-minute span for Beth Mead, Ellen White and Fran Kirby, respectively. England huffed and puffed but failed to create much against the well-drilled Spanish side, which fought hard without world player of the year Alexia Putellas and all-time leading scorer Jenni Hermoso, both out injured.

The equalizer arrived a bit unexpectedly two minutes after Daly was replaced by Alex Greenwood. Russo’s header set up Toone’s vital volley to send the match to extra time.

With the momentum turned, Stanway’s rocket arrived six minutes into extra time, and the England defense held firm to secure the win.

The Lionesses now prepare for either world No. 2 Sweden or 19th-ranked Belgium. I’d expect Greenwood to start at left back for that match, and maybe starts for Toone and Russo, who have been excellent when given an opportunity.