David Moore July 20, 2022
This team is the definition of STACKED.

A new season and still another stacked Manchester City squad. The players may change but the strength of the team maintains the same. The potential Man City starting XI 2022-23 lineup is just as good as last season with some massive additions and potentially more.

Manager Pep Guardiola is known for his tactical genius and can switch up his formation before any given game. Pep does enjoy implementing a 4-3-3, which is what we’ll go with for this example. Let’s look. 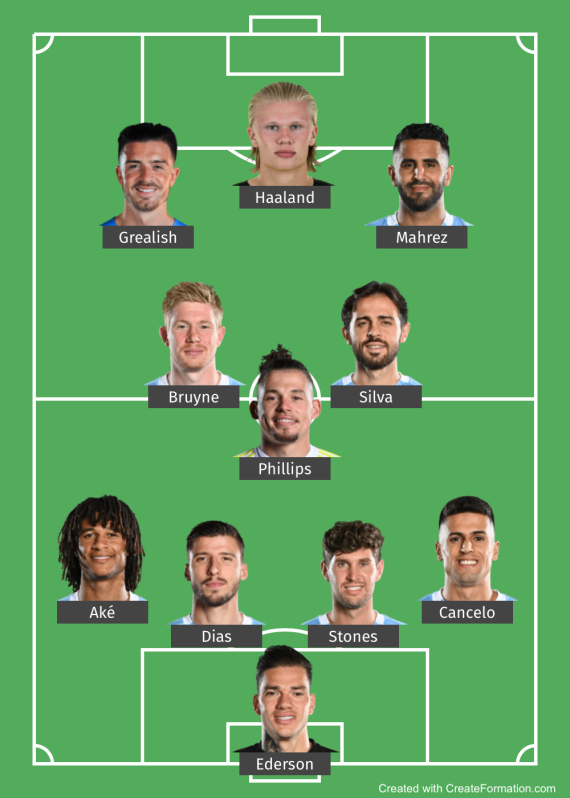 The defense sees no changes from last season. The biggest loss in defense for City this summer was Ukraine star Oleksandr Zinchenko reportedly leaving to Arsenal for roughly $36 million.

Contract until June 2026, as per @David_Ornstein - medical this week. pic.twitter.com/sVpYpZN2iH

City has been eyeing Brighton’s Marc Cucurella as a replacement at left back, however reports say the defending champs are nowhere close to the Spaniard’s $60 million price tag. Instead, it looks like Nathan Aké is the best option to fill the left-back role.

An argument could also be made to have João Cancelo switch over to the left side with Kyle Walker taking up the right.

The midfield sees one incoming transfer with Kalvin Phillips making a $53.62 million transfer from Leeds United to Man City. He will be competing with Rodri for the starting job.

One thing to keep an eye on is Bernardo Silva. Barcelona has been linked with Portuguese midfielder but needs to find the funds first to acquire him. Time will tell if he plays for City or Barcelona next season.

Bernardo Silva's transfer to Barcelona is still a possibility if the club can complete the sale of Frenkie De Jong and the sale of Barça studios.

The biggest and best addition to the squad is the arrival of Erling Haaland. The Norwegian superstar put up video game numbers in the Bundesliga with 61 goals in 66 appearances.

Haaland isn’t the only center forward coming to City as River Plate stud Julián Álvarez joins the party too.

City’s attack has had two players leave for London this summer with Raheem Sterling joining Chelsea and Gabriel Jesus going to Arsenal. Pep has more than enough talent at his disposal to plug the holes.

Here is a secondary Man City starting XI 2022-23 lineup that Pep could use for next season. This team isn’t short for talent. 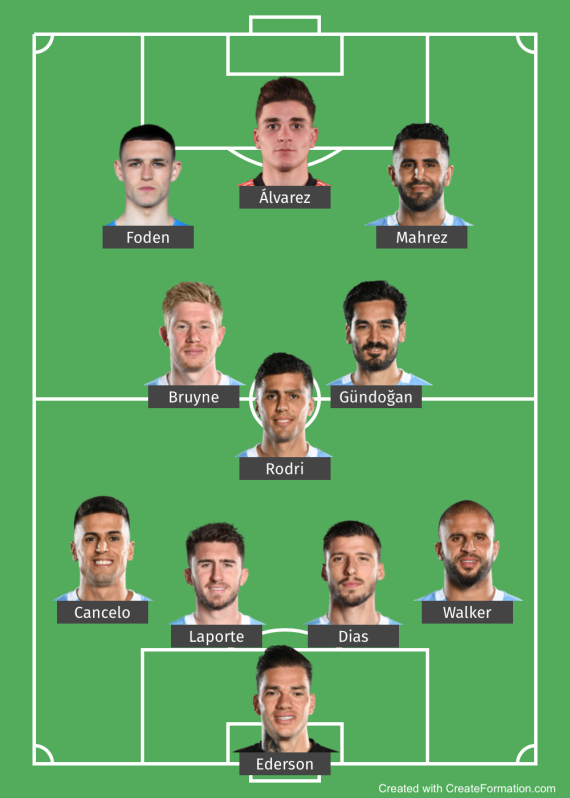