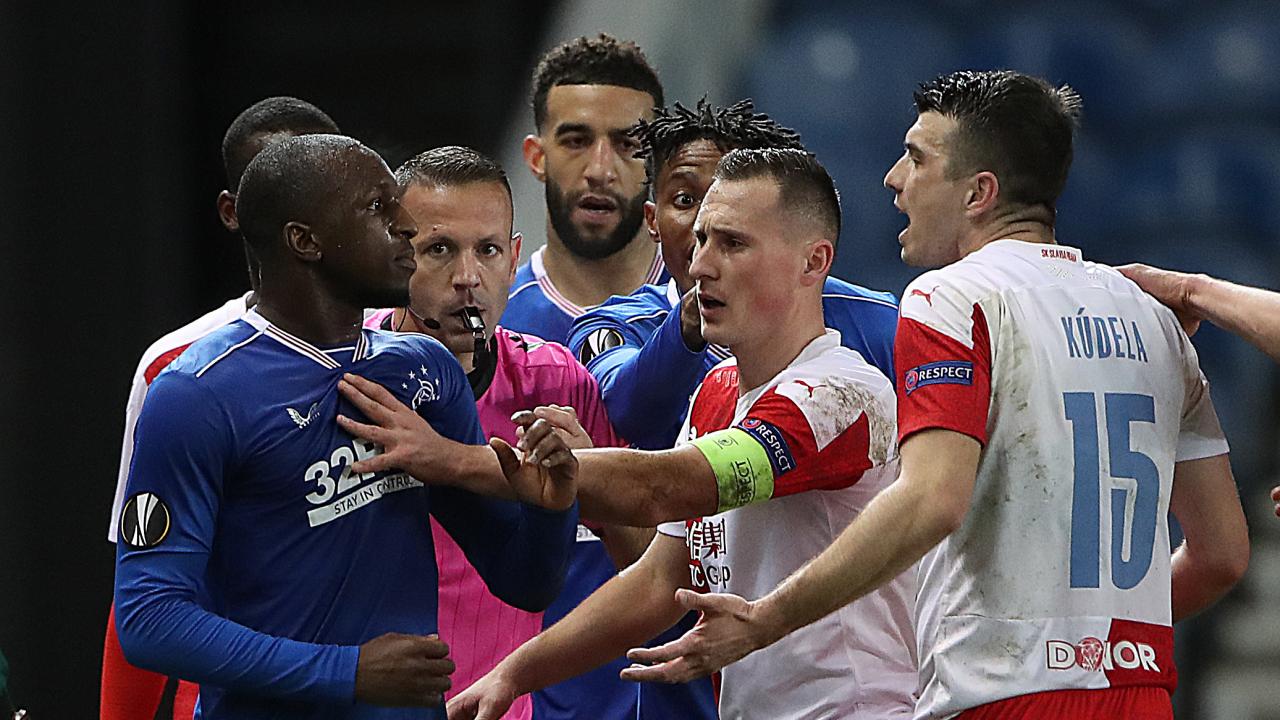 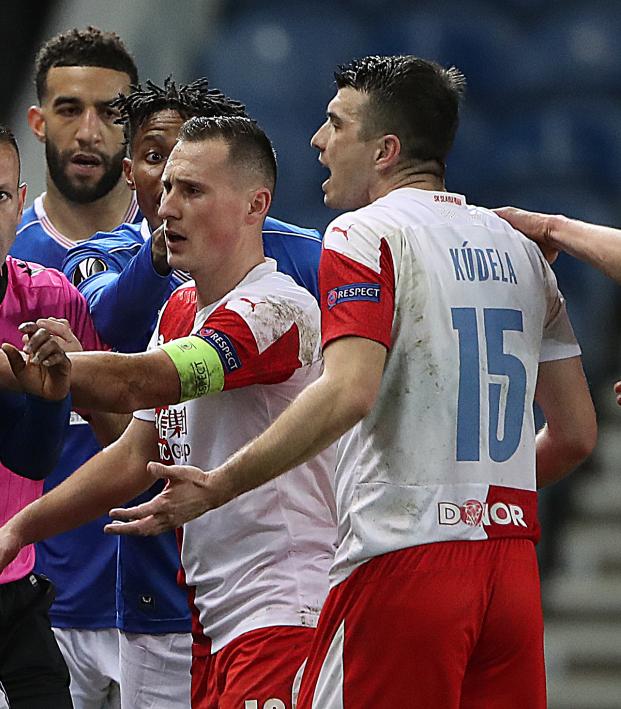 Slavia’s Kudela Banned For 10 Matches For Racist Behavior, Will Miss This Summer’s Euros

Reuters April 14, 2021
Slavia Prague’s Ondrej was banned for racism, Rangers’ Glen Kamara was suspended for assault and everyone loses.

Rangers midfielder Glen Kamara said he was racially abused by Kudela in the game, when the Scottish club was knocked out in the second leg, which included a melee on the pitch and clashes in the tunnel afterwards.

Kudela's ban also rules him out of representative team competition matches, meaning he will miss games for the Czech Republic in the European Championship this year.

Kamara has been suspended for three UEFA club competition games for assaulting another player, following an investigation into the incident conducted by a UEFA Ethics and Disciplinary Inspector.

Finland international Kamara was furious after Slavia's Kudela leaned into his ear and said something while covering his mouth, sparking the fracas in the final stages of the match in Europe's second-tier club competition.

Kudela had said in a Slavia statement he swore at a Rangers player after being fouled, but denied using racist language. His club also alleged that Kudela was assaulted by Kamara after the game and have officially complained to Scottish police.

UEFA said in a statement on Wednesday that Kudela's ban includes the one-match provisional suspension served by the player during Slavia's Europa League quarterfinal first leg against Arsenal this month.

Kudela said, via his lawyers, that he was "startled" by the ruling, because the investigator did not gather any convincing evidence of his alleged racism, which he denies.

"In any case, Ondrej Kudela should not have approached the opposition player. I deeply regret that and apologize to Glen Kamara for a situation that has clearly caused distress to him and his team mates, as well as everyone associated with Slavia and Rangers," he said in a statement posted on Slavia's website.

Kamara's lawyer Aamer Anwar tweeted that the 10-match ban on Kudela was the "barest minimum penalty, making a mockery of UEFA's claims on taking racism seriously".

Kudela was found guilty by @UEFA of racist abuse towards @GlenKamara4 & banned for 10 games, this is the barest minimum penalty, making a mockery of UEFA’s claims on taking racism seriously-we had appealed a 5 match ban for @GlenKamara4 & now reduced to 3- full statement in hour pic.twitter.com/SiTO7Ypu8v

Rangers forward Kemar Roofe, who was also subjected to racial abuse on social media after being shown a red card for a high-boot challenge on Slavia goalkeeper Ondrej Kolar, was banned for four games.

Rangers, who were knocked out of the Europa League following a 3-1 aggregate loss after having two players sent off, were fined 9,000 euros ($10,763) for improper conduct.

Kamara said earlier this month that he was subjected to racist abuse online every day since his confrontation with Kudela.

Rangers said in a statement on Wednesday that they had met with Facebook and Instagram to hold constructive dialogue with the social media firms seeking better protection for players.