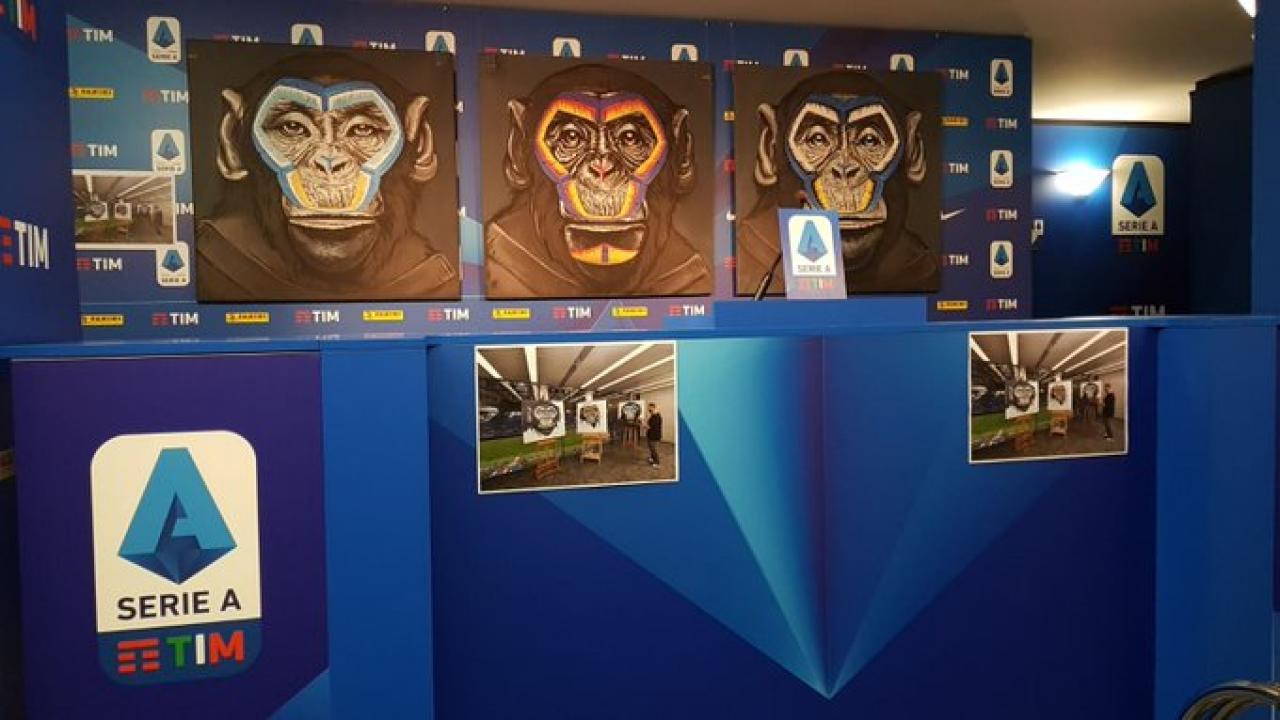 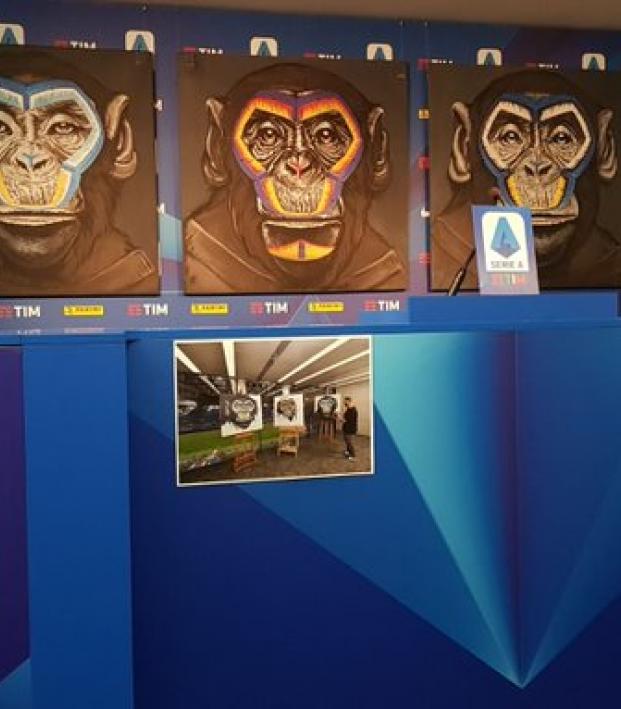 Travis Yoesting December 16, 2019
Serie A thinks it’s fighting racism but is really just showing how racist the league really is.

Serie A has a racism problem. Anyone who has followed the league for any amount of time knows it, with two high-profile instances this year alone with black footballers subjected to monkey noises.

Serie A launched an anti-racism campaign this week to try to fix its image as a backwards league that discriminates against non-white footballers.

To answer your inevitable questions:
a) Yes, it's real.
b) The artist uses monkeys in all his paintings. They hired him specifically for this project.
c) Yes, it's really real.
d) @SerieA_EN see nothing wrong with monkeys in an anti-racism message.
e) Yes, honestly, it's real.

What the actual fuck?

Serie A unveiled these three paintings at its Milan headquarters as part of its new anti-racism campaign. In a league that has a problem with fans making racist monkey noises at black players, creating an “anti-racism” campaign with paintings of monkeys is shockingly insensitive.

“For an artist, there is nothing more important than trying to change people’s perceptions via their work,” said Simone Fugazzotto, who created the artwork. “With this trio of paintings, I tried to show that we are all complex and fascinating creatures, who can be sad or happy, Catholic, Muslim or Buddhist, but at the end of the day, what decides who we are is not the color of our skin.

“I only paint monkeys as a metaphor for human beings. We turn the concept back on the racists, as we are all monkeys originally. So I painted a western monkey, an Asian monkey and a black monkey.”

“Football is an extraordinary tool for conveying positive messages, fair play and tolerance,” said Luigi de Siervo, Serie A chief executive. “Simone’s paintings fully reflect these values and will remain on show in our headquarters.”

Clearly there’s a massive race problem in Italy and Italians can’t be trusted to fix it themselves.

The imagery was immediately condemned around the world on Monday. Fare, a football anti-discrimination group, called it a “sick joke.”

These creations are an outrage, they wil be counter-productive and continue the dehumanisation of people of African heritage.

It is difficult to see what Serie A was thinking, who did they consult?

It is time for the progressive clubs in the league to make their voice heard.

Hopefully Serie A quickly realizes its massive mistake and starts actually talking to people of color to fix its deplorable racism problem.