A Tribute To Scott Brown's Hard-Tackling, 14-Year Spell At Celtic 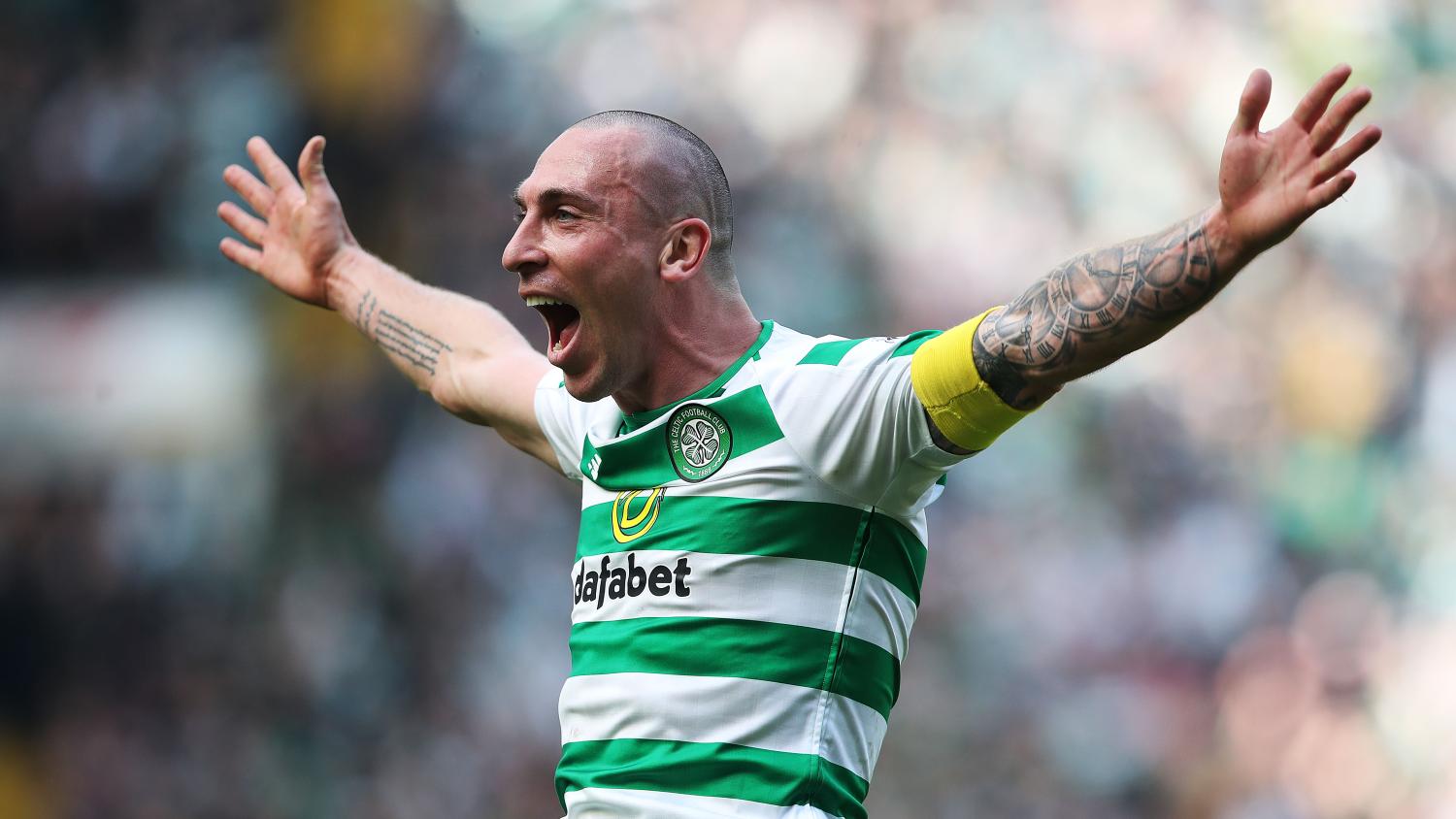 Love him or hate him, Brown had an enormous impact on Scottish Football.
Getty Images

After 14 long years, Scottish football legend Scott brown is leaving Celtic. The 35-year-old midfielder announced Thursday that he is joining Aberdeen at the end of the season on a free transfer, where he will act as a player-coach.

Brown led Celtic to a record nine straight Scottish Premiership titles (10 overall) — all of them as captain —while making 604 appearances for the club in the process. This stretch included four straight trebles and 22 trophies overall.

The title streak was broken this season by Rangers, but it does not diminish the impact and legacy of Scott Brown at Celtic.

Over the years, Brown essentially became a symbol of Celtic's dominance in the Scottish Premiership. Even during his prime, it was unclear what Brown's skillset was outside of his acute aggression and his willingness to cover twice as much ground as anyone else on the pitch.

Breaking down a picture of Scott Brown v Rangers: a thread

But it was his lack of technical ability that almost increased the mystique surrounding Brown, because here was a guy that barely had a first touch, couldn't really shoot and had minimal grasp on the concept of tactics, but he became a dominant force in Scottish football based almost exclusively on his passion and leadership.

He racked up 160 yellow cards in his football and would put a two-foot tackle in on his grandma if it was in the name of Celtic Football Club.

Pound for pound, no Scottish footballer has been involved in more iconic images than Scott Brown pic.twitter.com/pFXkk3L9tE

In short, he was a menace, a winner. Nobody in Scotland ran farther or tackled harder than Scott Brown. He rarely scored more than two or three goals a season, but he always seemed to put one away in the Old Firm derby.

And when he did something on the pitch, you were going to know about. Brown was loud, brash, in-your-face. His love of shithousery was only surpassed by his love of the game — more specifically, winning the game.

He generated immense hate and anger among opposing players and fans, the kind of hate that is understandable for a player who averages more than three yellow cards for every goal in his career.

But even enemy supporters have to admit that Scott Brown made Scottish football into must-watch theater every Saturday afternoon.

Cleats-up tackles in the Old Firm just won't be the same without him.