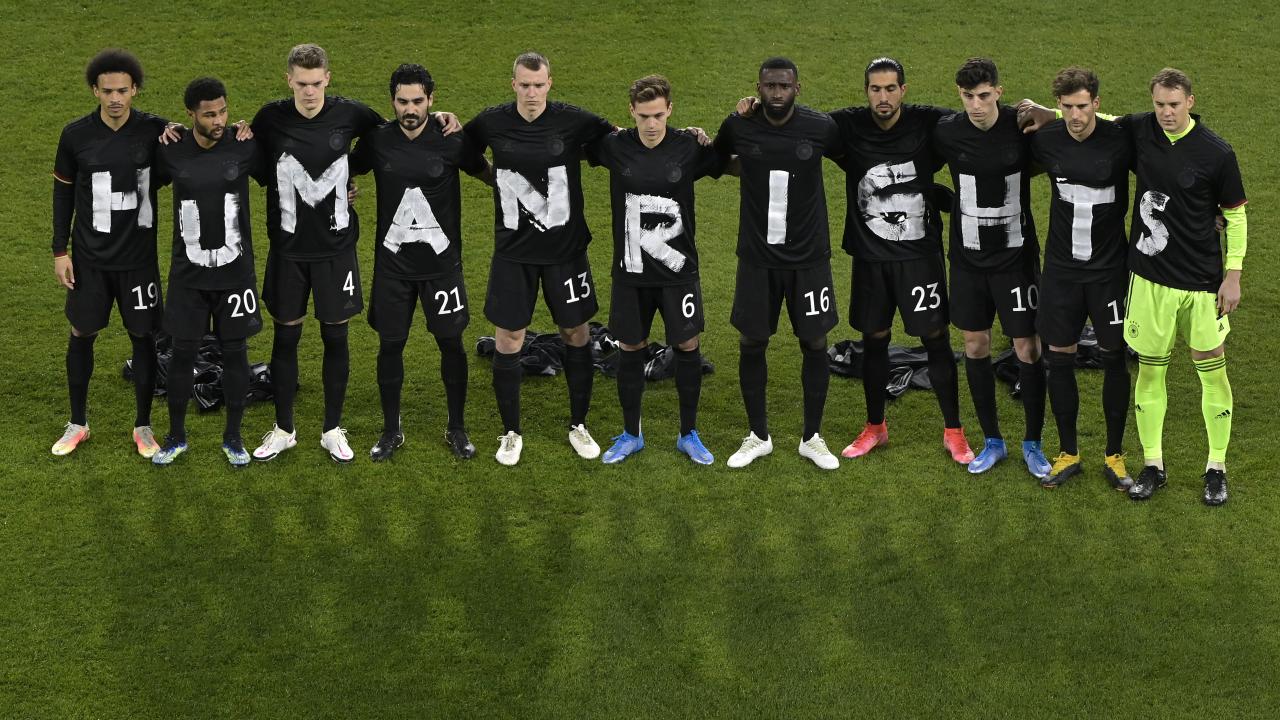 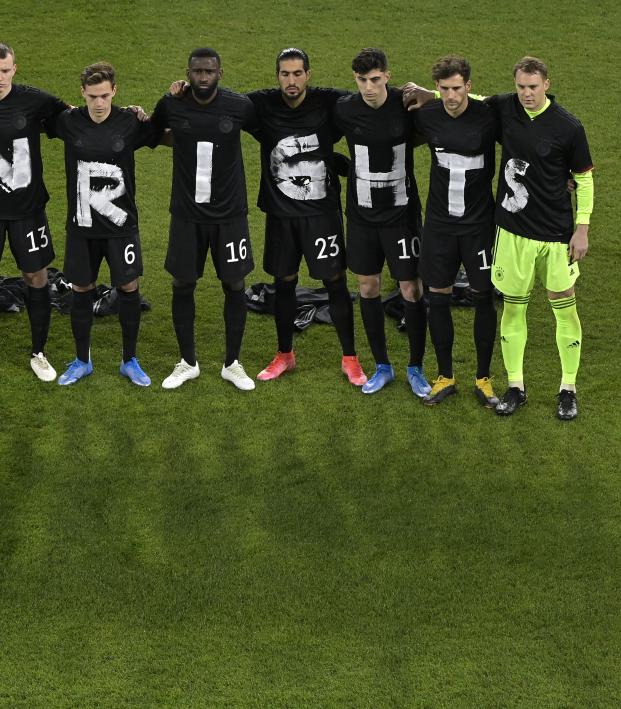 Is FIFA Loosening Its Rules On Political Statements Or Recognizing The Need To Support Human Rights?

Reuters March 26, 2021
FIFA used to rule almost every non-football statement as political, but that appears to be changing.

Over the years FIFA has been opposed to players, teams and fans engaging in protests or sloganeering but it seems global soccer's governing body is perhaps now prepared to tolerate a blurring of the line it once drew between politics and sport.

On Wednesday, Norway's national team players wore T-shirts declaring "Human rights - on and off the pitch" as they lined up before their World Cup qualifier against Gibraltar, and the following day Germany made a similar protest before its qualifier against Iceland in Duisburg.

In both cases, the players made it clear that the protests were aimed at Qatar. The Gulf state is hosting the 2022 World Cup finals and has faced allegations, which it has denied, of poor treatment and a lack of rights for migrant laborers.

Those gestures, in the recent past, would have almost certainly resulted in disciplinary procedures and likely fines from FIFA, but world soccer's governing body said no action would be taken.

Over the years FIFA has been opposed to political protests or sloganeering during games or in stadiums.

The regulations restricting the displaying of slogans on shirts or undergarments are contained in Law 4 of the Laws of the Game but broader regulations on political gestures are contained within the Disciplinary and Ethics codes.

The rules, however, are less clear about garments worn immediately prior to a game, and FIFA and European governing body UEFA's stance in general has evolved over time.

Former Liverpool forward Robbie Fowler was fined by UEFA in 1997, for displaying a T-shirt supporting sacked local dockers after scoring in a Cup Winners' Cup match.

In 2013, Croatian defender Josip Simunic was banned for 10 matches and missed the following year's World Cup after shouting slogans with fans at the end of a game.

“The disciplinary committee took note that the player, together with the crowd, shouted a Croatian salute that was used during World War II by the fascist ‘Ustase’ movement,” FIFA said.

In July 2014, FIFA fined the Argentine FA 30,000 CHF ($31,887) after players stood behind a banner bearing the slogan "Las Malvinas son Argentinas" ("The Falklands are Argentine") on the pitch before a Buenos Aires friendly win against Slovenia the previous month.

Responding to a number of cases of players raising their shirts to reveal slogans, often harmless messages such as birthday wishes, FIFA's law-making body IFAB adopted a blanket ban.

"To determine what is right and wrong between different countries and cultures is very complicated, so it’s easier to say it’s got no place in the game,” said IFAB board member Jonathan Ford of the Welsh FA.

The issue returned though in 2016 when FIFA fined England, Scotland, Wales and Northern Ireland, for their use of the poppy to commemorate Armistice day, deeming it to be a political symbol.

The Football Association of Ireland was also fined for displaying a "political symbol" for a badge commemorating the 100th anniversary of an uprising against British rule.

Following criticism of the poppy decision, FIFA altered the wording of its laws on player garments to allow the poppy or similar "permitted slogans, statements or images" if opposing teams and the competition organizer agreed in advance.

Nonetheless, while the wording of FIFA's regulations remain open to subjective interpretation, as is the concept of what is political, slogans have tended to be restricted to official campaigns, such as UEFA's 'Respect,' anti-discrimination campaign.

FIFA fined and reprimanded Qatar's football federation in 2017 after their players warmed up for the game wearing T-shirts with an image of Emir Sheikh Tamim bin Hamad Al-Thani to show their support for him.

FIFA's stance shifted further last year when in response to the death of George Floyd, an unarmed Black man killed by police in the United States, some players in Germany's Bundesliga displayed slogans supporting the protest movement.

FIFA President Gianni Infantino said the players deserve “applause and not a punishment.”

Players in England's Premier League have 'taken the knee' in support of the movement, before games, for the past year and last season wore Black Lives Matter logos on their sleeves — a gesture supported by the league and football authorities.

FIFA took a similar line this week when responding to the Norway protests over Qatar.

“FIFA believes in the freedom of speech, and in the power of football as a force for good,” it said in a statement.

“No disciplinary proceedings in relation to this matter will be opened by FIFA.”