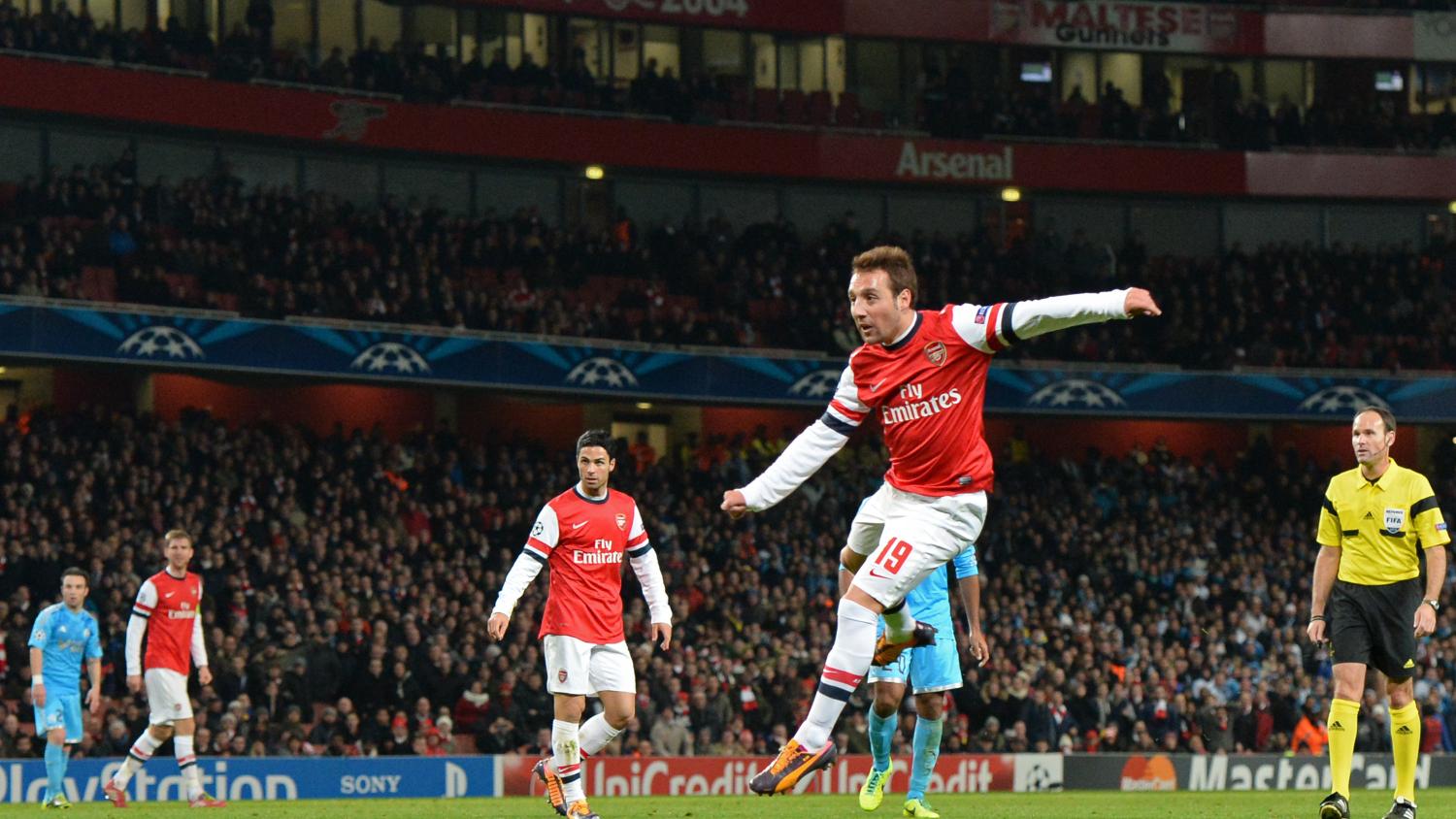 Santi Cazorla will not return to Arsenal after nearly two years sidelined by injury.
Shutterstock.com

Santi Cazorla is officially no longer a Gunner. Arsenal announced Monday the Spanish midfielder would not return next season as his contract officially expired at the conclusion of the 2017-18 season. It’s a sad end to a superbly gifted player whose career was derailed by injury.

Santi Cazorla suffered an Achilles injury in October of 2016 and hasn’t played since. He reached near double digits in surgeries, even requiring a skin graft that resulted in part of an arm tattoo ending up on his leg.

The injury was crushing for a player who was skilled enough to be on Spain’s European Championship-winning squads in 2008 and 2012 (though he missed the 2010 World Cup squad). He was Arsenal’s Player of the Season in 2012-13.

Perhaps the quote that most accurately describes Cazorla’s impact on Arsenal came from chief executive Ivan Gazidis on Monday.

“His natural ability with both feet, his speed of thought and movement were central to our best performances in recent years,” Gazidis said.

As the Arsenal executive points out, Cazorla was critical to the Gunners’ best performances in recent seasons. And he hasn’t played for Arsenal since October 2016. Gazidis is basically saying the Gunners haven’t had any good performances in the last 20 months.

After Cazorla went down to injury in the 2016-17 season, Arsenal failed to qualify for the Champions League, ending an impressive streak of 19 straight appearances. While the Gunners did win the FA Cup that year, without Cazorla this past season the team didn’t come close to qualifying for the Champions League, finishing in sixth, 12 points behind fourth-place Liverpool.

Santi Cazorla was critical to Arsenal’s success before his injury. His combination of dribbling, passing, agility and composure were vital to the Gunners playing out of the back and starting the attack.

His injury directly led to one player being sold: Francis Coquelin. The Frenchman combined well with Cazorla when the two were paired together in midfield. But when Cazorla went down injured, Coquelin struggled and was eventually sold to Valencia in January.

Losing Santi Cazorla will hurt Arsenal, though it won’t actually be felt given his long-term injury absence. One can only hope the 33-year-old is able to eventually return to the pitch at some point in his career.