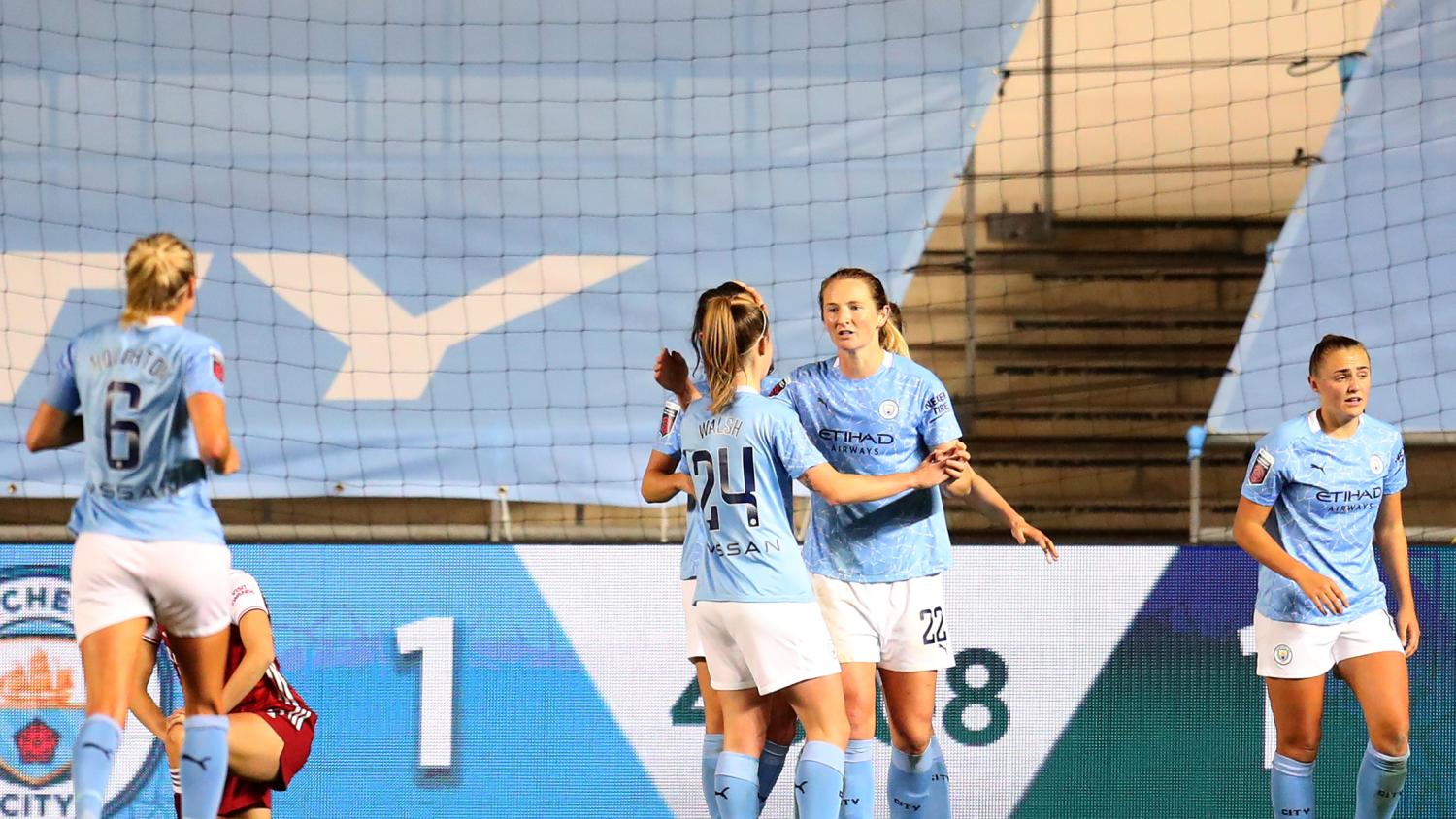 Mewis scored her first City goal and Lavelle made her City debut in an impressive 2-1 win over Arsenal in the FA Women’s Cup semifinals on Thursday.

The Gunners had won their first three matches of the season by a combined 19-2, including a 4-0 rout of Alex Morgan’s Tottenham on Saturday.

But with Mewis helping control the midfield — and Lavelle joining in as a second-half sub — Man City held off Arsenal’s vaunted attack, albeit one struck by injury. Lisa Evans, who had a hat trick against Spurs, did not play, and Arsenal’s No. 10 Kim Little exited early in the second half with an injury.

But Mewis was the story for City. Well, her and goalkeeper Ellie Roebuck, who wasn’t tested often but came up with a huge intervention to deny Vivianne Miedema in the dying moments.

Mewis was a commanding presence in midfield for City, and it was clear she has already established herself as one of the team’s best players. She made her debut as a sub in a 2-0 Community Shield defeat to Chelsea to start the season and played the full 90 in a win over Aston Villa earlier in September. Though she played just 20 minutes in the quarterfinals of the FA Women’s Cup, she was a vital piece against Arsenal.

Lavelle showed a bit of rust offensively, but provided an added stability to a midfield that stifled Arsenal’s vaunted attack in the closing minutes of the match.

Mewis created a number of chances for herself early as Man City was on the front foot. Ultimately, it was a poor foul by Arsenal that led to the first goal of the match, a smashing free kick from Steph Houghton.

Arsenal responded well and it was Jordan Nobbs, who scored an insane chip to knock out Tottenham in the previous round, who provided another magnificent long-range bomb.

The American started and finished an attack soon after, with a brave assist from Ellen White in the 41st minute.

In the end, Mewis’ goal was the winner, with City’s defense clamping down on Arsenal’s offense, smothering the midfield and frustrating Miedema.

The Citizens’ extraordinary defensive efforts can best be summed up by this play from Demi Stokes on Miedema, one of the world’s most efficient strikers.

Manchester City will play Everton in the FA Women’s Cup final at Wembley Stadium on Nov. 1.