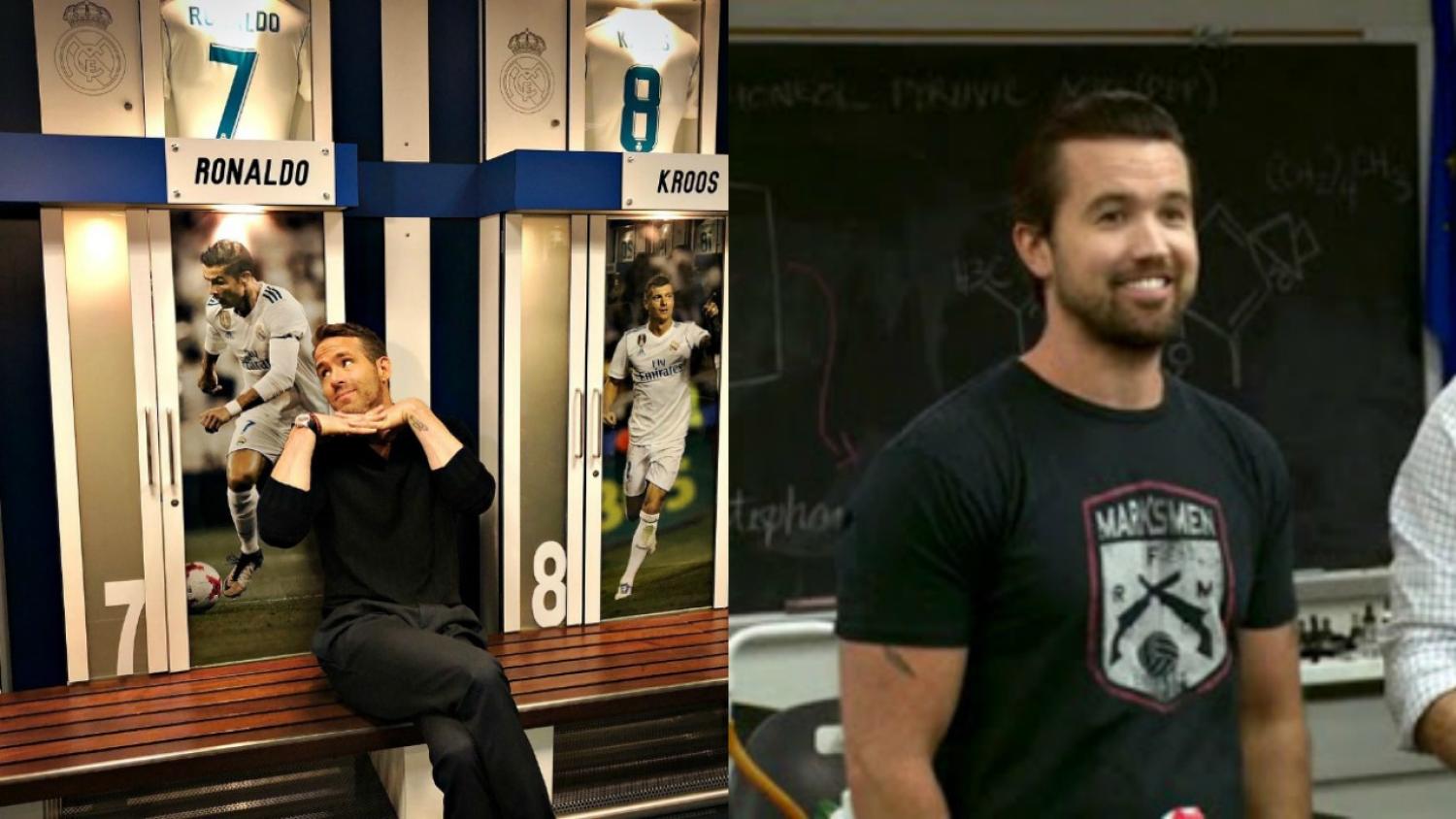 Wrexham plays in England’s fifth-tier but could get injected with some Hollywood flair.
The18

Wrexham fans can look forward to having a drink with Hollywood actors Ryan Reynolds and Rob McElhenney at matches, the duo said after releasing their mission statement ahead of a proposed takeover of the Welsh soccer club.

The pair said their goal was to grow the club that plays in England's fifth-tier and get them back into the English Football League (EFL), while also increasing attendances at an improved Racecourse Ground.

"This is the third-oldest club on the planet and we don't see why it can't have a global appeal," the BBC quoted Reynolds as telling Wrexham supporters during a virtual meeting. "Our intention is to become part of the Wrexham story rather than Wrexham becoming part of our story."

Founded in 1864, Wrexham has been under the ownership of its fans since 2011 and the BBC reported that a successful takeover could lead to around $2.63 million being invested in the club. The Wrexham Supporters Trust, which had previously voted to hold talks with the potential owners, will vote again to decide the club's future, with an announcement expected next week.

Reynolds and McElhenney made a big effort to charm fans, promising several times in their mission statement to always beat their biggest rivals Chester. Wrexham were relegated from the EFL in 2008. They have reached the FA Cup quarterfinals on three occasions.

"We want to be at the Racecourse Ground as much as possible - as many games as I can make," Reynolds was quoted as saying by North Wales Live. "We want to have a pint with the fans. You'll be fed up of us. We want to be great ambassadors for the club, to introduce the club to the world and be a global force."