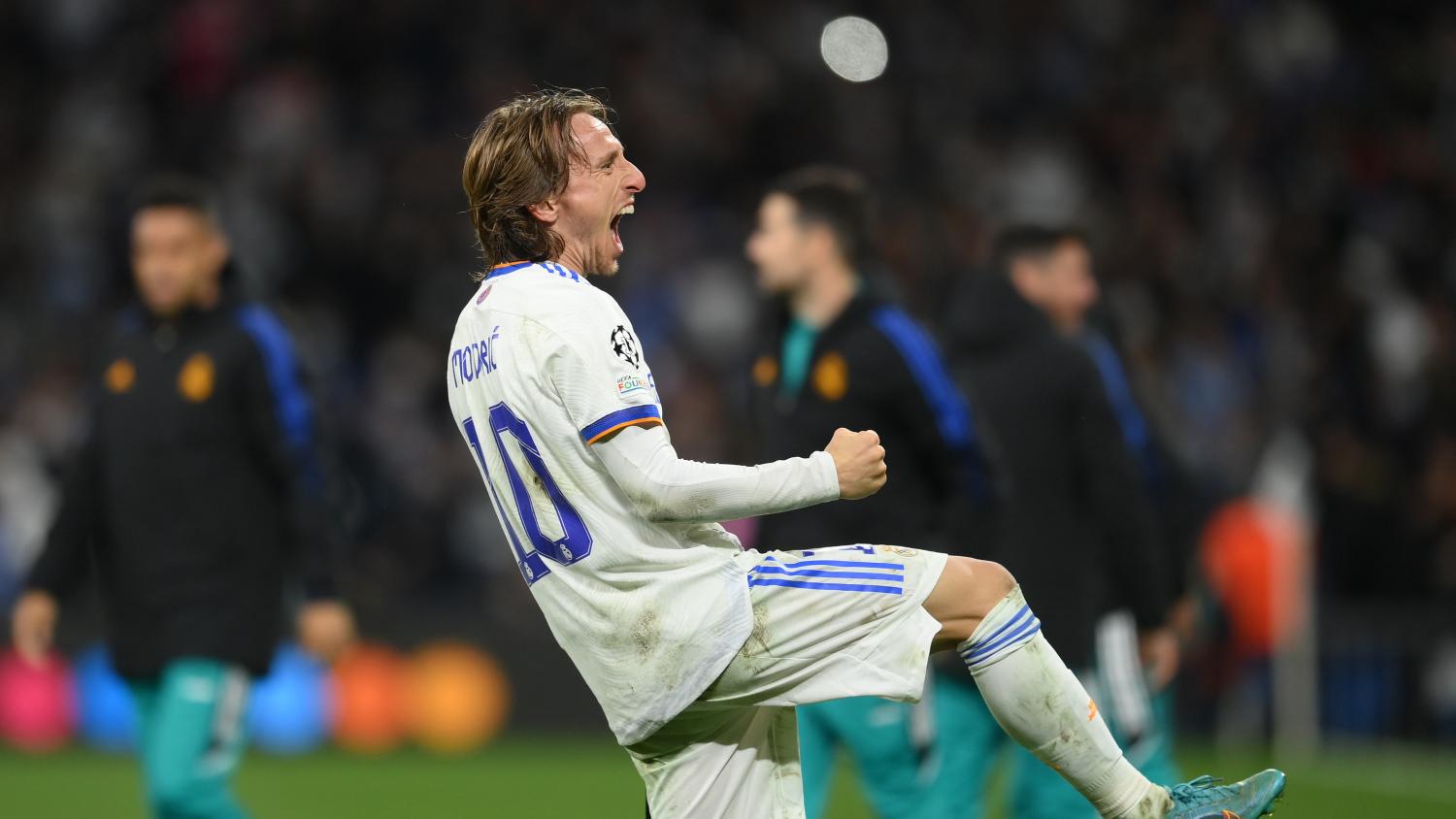 It was the defending champion against the winningest side of all time. Two teams with imperious defenses and free-flowing offenses. Squads loaded with talented youngsters and experienced veterans. It was one of the best Champions League matches of all time, and it ended with a header from Karim Benzema.

After blowing a two-goal aggregate lead after the first leg, Real Madrid scored the final two goals of the night to beat Chelsea 5-4 on aggregate, losing 3-2 on the night. Benzema, who had a hat trick in the first leg, scored the winner in the 96th minute to cap a remarkable night in the Spanish capital on Tuesday. But it was an incredible pass from Luka Modrić that set the tone for Real’s comeback.

There have been far too many amazing Champions League matches over the years and we’re way too close to the match to make any proclamations on where this Real-Chelsea game ranks all time, but it’s certainly up there with the best in recent memory. Trailing 3-1 coming into the game, Chelsea scored three unanswered to take the lead on aggregate before Modrić spearheaded Real Madrid’s response to advance to the Champions League semifinals against either Manchester City or city rival Atlético Madrid.

Christian Pulisic, whose appearance as a sub in the 83rd minute set the record for most appearances in the Champions League by U.S. internationals in a single season (46), had his chances to make his mark on the match but couldn’t convert any of his chances.

Mason Mount put Chelsea on the comeback trail with an early goal that both rattled Real’s nerves and had the Blues (Yellows?) thinking they had a chance.

Chelsea then evened the series at 3-3 with a bit of fortune early in the second half. On a corner kick that looked like it should have been a goal kick, Antonio Rüdiger muscled Luka Modrić out of the way before heading home.

The reigning champs are back in it. pic.twitter.com/EqUete5beC

Chelsea looked to have taken the lead through Marcos Alonso, but the wingback’s superb finish was negated by his pinky touching the ball moments earlier.

MARCOS ALONSO. AGAINST HIS FORMER CLUB. BUT IT'S RULED OUT. pic.twitter.com/OBYIn1FBTC

But the Blues kept pushing and found the go-ahead goal in the 75th minute through Timo Werner. For all the criticism he’s received for not scoring more often since his move to London, the German striker showed impressive composure in the area to give Chelsea a 4-3 aggregate lead, 3-0 on the night.

Havertz nearly tacked on another, but Real Madrid didn’t take long to respond to going behind. Just five minutes, in fact.

Modrić played one of the best passes you’ll see all year to set up Rodrygo for a wonderful volley to send the match into extra time. I don’t want to make the entire article about Modrić — I did that when Real beat PSG thanks to the Croatian — but this pass probably deserves a feature-length film.

THE FINISH FROM RODRYGO.

That Modrić pass changed the momentum of the game, and Chelsea never got its lead back.

After the equalizer, Christian Pulisic replaced Werner in the 83rd minute and had a few chances in extra time to put Chelsea into the lead, including two shots and an xG of 0.61.

Instead, it was Benzema, hero in the first leg, who found the breakthrough goal in extra time.

Mostly quiet throughout the match, Real Madrid’s dynamic duo of Vinícius Júnior and Benzema came together at the most crucial moment, the Brazilian supplying a delightful chip for the Frenchman to head home in the 96th minute. It was Benzema’s 38th of the season in all competitions, a remarkable campaign for the 34-year-old.

IT HAD TO BE HIM!

Chelsea pushed for a late equalizer to send the game to a shootout (away goals no longer count extra), but Madrid’s defense held firm for another glorious night at the Bernabeu.