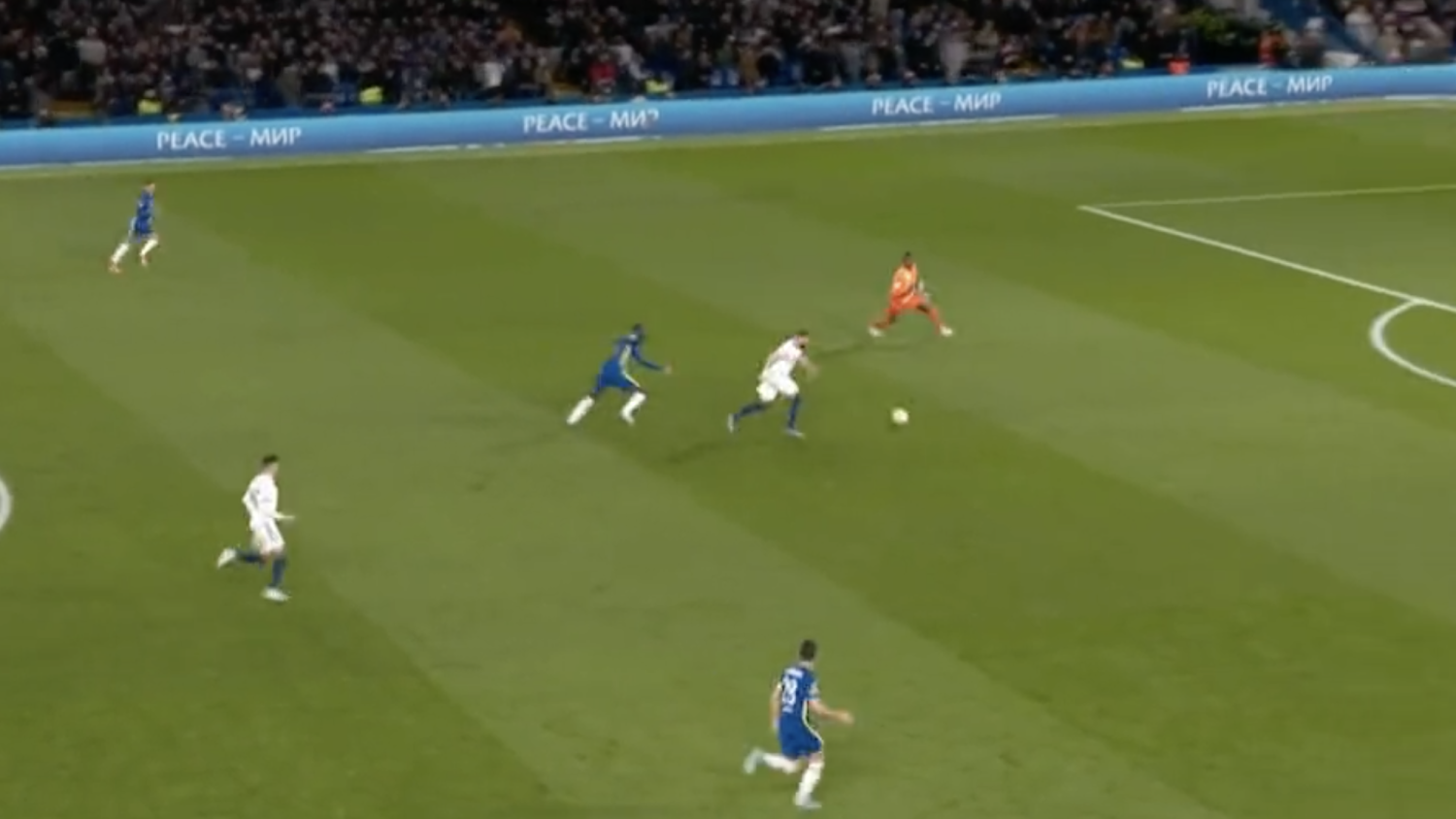 BACK TO BACK #UCL HAT-TRICKS FOR KARIM BENZEMA, HE GETS A GIFT. pic.twitter.com/2a0g1b0we7

Mendy has never been known for his ability with the ball at his feet, but holy cow this has “SportsCenter Not Top 10” written all over it. Not only did this fail look terrible, it took all the wind out of his team’s sails as they tried to overcome two first-half goals.

I think you can guess who was scoring for Real Madrid in the first half.

The ball from Luka Modric though. pic.twitter.com/uKKoP2SU0S

Mendy when he sees Benzema coming back in the box. pic.twitter.com/zIk04BtdY1

Benzema is the most in-form player in the world at the moment. He has six goals in his last two Champions League appearances and 13 goals in his last seven games across all competitions. He simply can’t stop scoring.

Well, he did prove his humanity late in the first half when he skewed a golden chance wide left of the Chelsea goal.

Proof that Benzema is human
pic.twitter.com/YHHCEWZIOt

Chelsea looked to have gotten back into the game when Kai Havertz scored a header of his own minutes before the first half ended. It felt like it was game on after that goal.

The Mendy mistake only seconds into the second half undid all his team’s hard work and put them back at square one. His opponent in the opposite net, Thibaut Courtois, will remember the game much more fondly.

The Belgian shot stopper had an incredible save in the second half to keep the two-goal lead. César Azpilicueta thought he had scored a worldie into the top right corner only for a flying paw from Courtois to deny him.

COURTOIS. WHAT A SAVE. pic.twitter.com/yIT0DCFgJl

Chelsea was unable to get by Courtois a second time and will travel to Madrid next week trailing 3-1 on aggregate. It will be quite the uphill battle for the London side, especially when the world’s hottest player lines up against them.