Even If You Hate Her, You Might Agree With Rapinoe’s Comments On Trans Inclusion In Sports 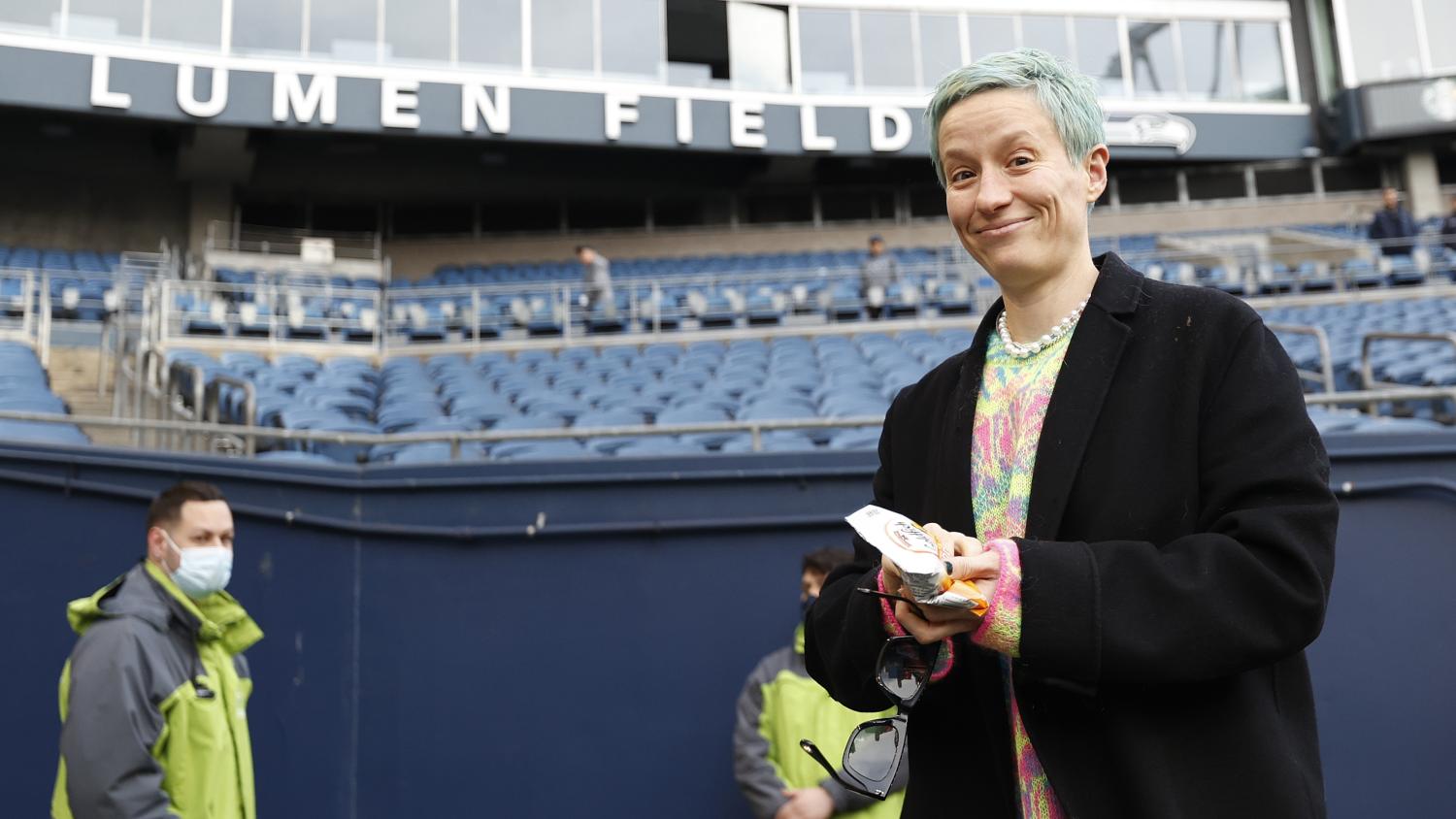 If you read her comments and have any empathy, you will agree with Megan Rapinoe.
Getty Images

Across the United States, trans inclusion in sports has been a major topic of discussion. As of May 2022, 18 states had either enacted laws or issued rules limiting or outright banning transgender athletes from participating in youth sports such as soccer. Even if you hate her politics, you might actually agree with how Megan Rapinoe feels about transgender athletes.

On their face, transgender bans are put in place to protect the sanctity of sports. Advocates for the regulations say they’re “saving women’s sports” and promote themselves as the saviors of female athletics and women’s rights.

Those who oppose the bans say politicians are overstating the threat of transgender athletes for the sake of gaining votes, all the while putting the lives of children at risk. Of the 200,000 women in college sports, 0.025 percent are transgender.

FINA, the global governing body for swimming, recently enacted regulations to greatly restrict transgender athletes in elite swimming competitions, prompting FIFA and other sports organizations to review their own transgender policies. It’s a complex issue for which there is not yet enough scientific research to definitively say, at the highest levels, where the line should be drawn, or if there should be a line at all.

What we do know is a terrifying 82 percent of transgender individuals have considered killing themselves, with 40 percent having attempted suicide; rates are even higher for transgender youths.

Despite this data, anti-trans bills are sweeping the country, both in and out of sports. (USWNT players recently protested an anti-trans executive order in Texas.) Some states are trying to criminalize participating in girls’ youth sports as a transgender girl. Others are suggesting all female athletes be subjected to genital inspection, as if having your privates looked at by a stranger is less traumatic than losing a basketball game.

While the science is not yet in for elite-level sports, we can react to trans athletes at the youth level as human beings, which is where 2019 world player of the year Megan Rapinoe comes in.

In a recent interview with TIME magazine ahead of qualifying for the 2023 Women’s World Cup, Rapinoe was asked about trans inclusion in sports. Regardless of how you feel about the outspoken Rapinoe, I dare you to read her comments and disagree with her viewpoint.

“I’m 100 percent supportive of trans inclusion,” Rapinoe said. “People do not know very much about it. We’re missing almost everything.”

What does trans inclusion look like? At the highest level — from college and beyond —there is intense regulation; women in athletics are subjected to far more scrutiny than men, regardless of their identity. Most athletes accept this to ensure no one is gaining an unfair advantage. At the youth levels, different states have their own regulations, which vary widely.

Let’s be absolutely clear here: There are no failed male athletes deciding to suddenly transition into a woman for the sake of success in sports. This just doesn’t happen, and anyone suggesting otherwise is simply fearmongering. Transitioning is not something anyone goes through for the sake of winning some sporting events.

OK, so Rapinoe supports trans inclusion in sports and accepts there is regulation. What’s Rapinoe getting at here?

The following comments represent what much of the political debate about transgender athletes misses: the humanity of these young people. I’m placing the entire quote below to fully represent Rapinoe’s comments.

I think people also need to understand that sports is not the most important thing in life, right? Life is the most important thing in life. And so much of this trans inclusion argument has been put through the extremely tiny lens of elite sports. Like that is not the way that we need to be framing this question. We’re talking about kids. We’re talking about people’s lives. We’re talking about the entire state government coming down on one child in some states, three children in some states. They are committing suicide, because they are being told that they’re gross and different and evil and sinful and they can’t play sports with their friends that they grew up with. Not to mention trying to take away health care. I think it’s monstrous.

I would also encourage everyone out there who is afraid someone’s going to have an unfair advantage over their kid to really take a step back and think what are we actually talking about here. We’re talking about people’s lives. I’m sorry, your kid’s high school volleyball team just isn’t that important. It’s not more important than any one kid’s life.

Show me the evidence that trans women are taking everyone’s scholarships, are dominating in every sport, are winning every title. I’m sorry, it’s just not happening. So we need to start from inclusion, period. And as things arise, I have confidence that we can figure it out. But we can’t start at the opposite. That is cruel. And frankly, it’s just disgusting.

So, we need to really kind of take a step back and get a grip on what we’re really talking about here because people’s lives are at risk. Kids’ lives are at risk with the rates of suicide, the rates of depression and negative mental health and drug abuse. We’re putting everything through god forbid a trans person be successful in sports. Get a grip on reality and take a step back.

What’s more important: Your child’s youth soccer experience or another child’s life? While I’m sure tribalism will have many choosing their own child’s game over another kid’s wellbeing, Rapinoe argues for the latter.

Rapinoe is challenging people — young athletes, their parents and politicians — to remember they’re talking about other human beings. She’s saying empathy toward children is more significant than a game.

Sports are supposed to be fun. Sometimes you win; sometimes you don’t. Losing is part of the experience of youth sports; it’s part of growing up. Discriminating against a child for their identity is not. Is it not more humane to allow children to be seen as kids just wanting to play sports than to add to their risk of self-harm?

Rapinoe is arguing we should show empathy for children who just want to exist and play youth sports. Is that too much to ask?

Can you truthfully argue a game is more important than a child’s life?