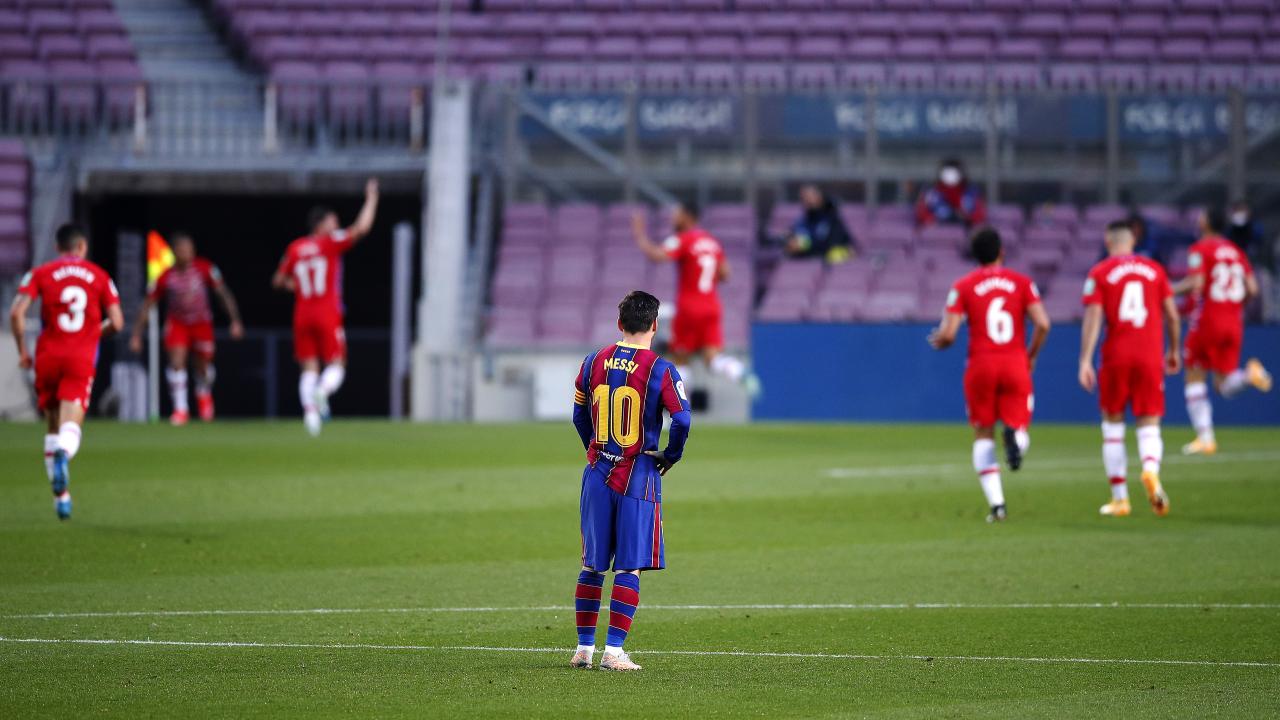 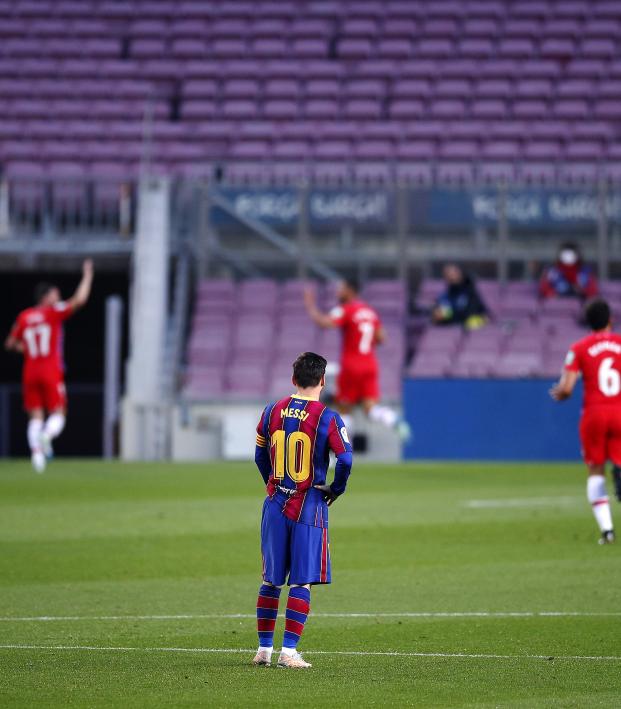 Travis Yoesting April 29, 2021
Granada poured cold water on Barcelona with a 2-1 win at the Camp Nou.

Lionel Messi and Antoine Griezmann combined for a super sexy give-and-go goal that deserved its own writeup on Thursday. But like a phone call from your mother as you’re trying to be romantic with your partner, Granada poured cold water on Barcelona with an impressive 2-1 win at an empty Camp Nou on Thursday.

In what could be the biggest result for Atlético Madrid all season, Barcelona threw away its hold on the LaLiga trophy. The Blaugrana came in knowing they could regain the league title by winning out, but now it’s Atleti with the advantage. Luis Suárez’s new club sits atop the table with 73 points, two ahead of both Real Madrid and Barcelona with three games to play. Sevilla is also in the race on 70 points.

Goals from Darwin Machís and Jorge Molina flipped what looked like a comfortable Barça win into a deflating 2-1 defeat for the home side and dampening our collective delight over the Messi-Griezmann connection in the 23rd minute.

The opener came from one of the sexiest give-and-go combinations we’ve ever seen that didn’t involve Olivier Giroud. Receiving a pass from Messi, Griezmann made a lovely pirouette before laying the ball off right into Messi’s path for an easy finish by the Argentine’s standards.

LIONEL MESSI combines with Busquests and Griezmann to cut through Granada and fire Barcelona in front!#BarçaGranada - LIVE on beIN SPORTS pic.twitter.com/K7xlwwSWI5

The goal is made all the better by Ray Hudson’s description. Griezmann turned like a cork in a chardonnay bottle, whatever that means.

But not all goals have happy endings, no matter how sexy. Granada mounted a glorious comeback in the second half to revive its slim hopes of returning to the Europa League next season. Real Betis on 50 points leads Villarreal (49) and Granada (45) for the final European place.

Granada pulled even in the 63rd minute after Óscar Mingueza failed to deal with a through ball to Darwin Machís, who wasn’t going to waste the opportunity.

If only Sergiño Dest had been in, I’m sure the American would’ve found some way to prevent that goal. Instead, Dest was an unused sub.

Ronald Koeman was sent off soon after the goal for saying something naughty to the officials as things went from bad to worse.

"The redhead, has seen red!"

And things soon went to worst for Barça when Gerard Piqué’s one-foot vertical leap wasn’t enough to prevent Jorge Molina from heading in the winner in the 79th minute.

With Koeman in the stands and Dest on the bench, Barcelona failed to mount any sort of comeback. Somewhere, Diego Simeone is smiling.