At 21 years old, Mallory Pugh is living every little girl's dream. Even her own.

Pugh has had an unorthodox career path in comparison to most female soccer players. In 2017, the Colorado native made a decision to drop out of UCLA, where she lost her NCAA eligibility to pursue her dream of playing professionally in the NWSL for the Washington Spirit. Additionally, she was a crucial entity to the senior USWNT squad when she was called up in 2016 at age 18.

Similar to Rose Lavelle dressing as Mia Hamm in the third grade, Mallory Pugh had big dreams in the sixth grade. But for her, no dream was too big as she accomplished her dream of playing Women's World Cup and even tallying one goal. Oh, and most importantly, becoming a World Cup Champion.

The USWNT has been making its mark on the world and creating more opportunities for younger generations. The release of all the youngster photos of these star athletes proves that little girls and boys can dream of making it big time.

At just 13, Mallory Pugh attended her first U.S. youth national team camp in Portland, Oregon. And not that it’s a big deal or anything, but I was actually her roommate at national camp. It’s true; we’re even friends on Facebook. And as she continues to kill the game, I will continue to write about it, lol. But kudos to her for achieving her dream and making it big. 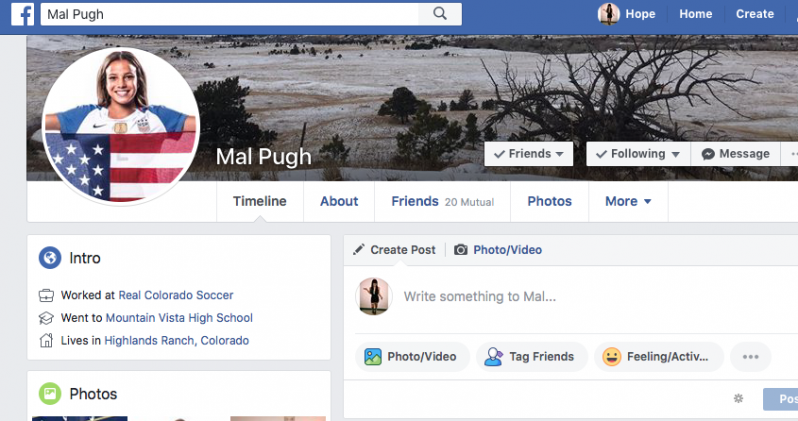 In case you don't believe me.