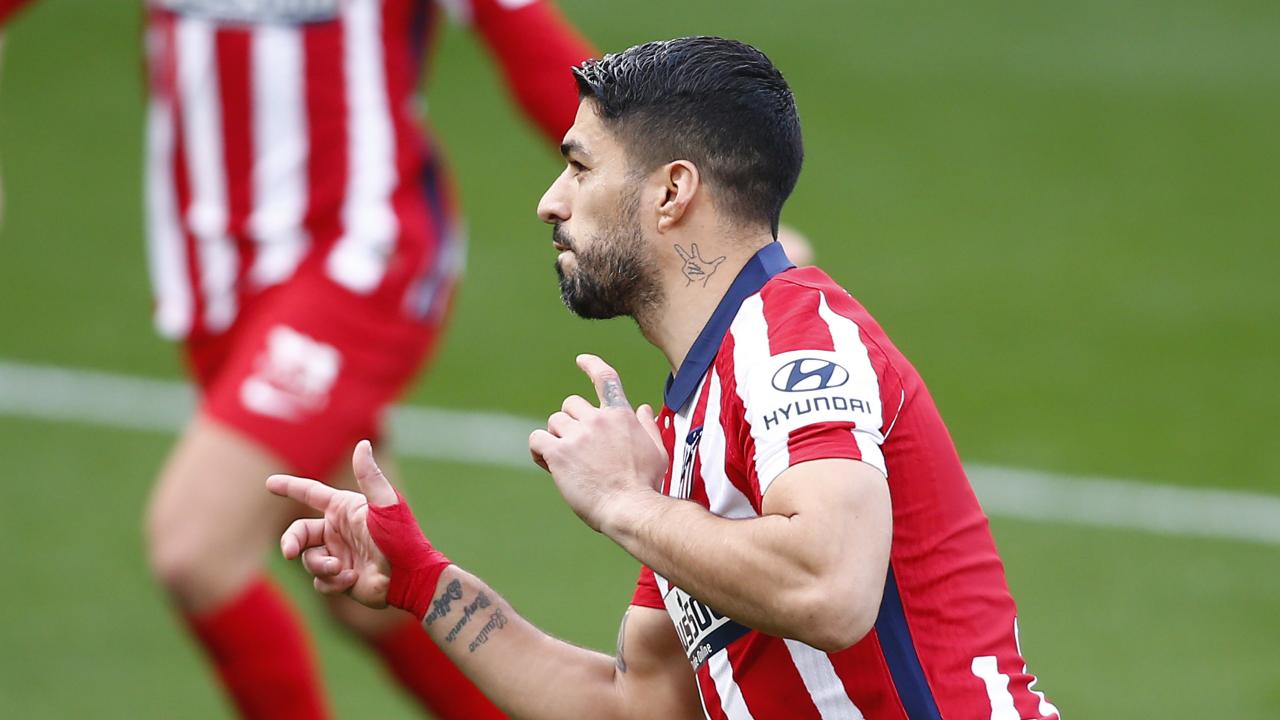 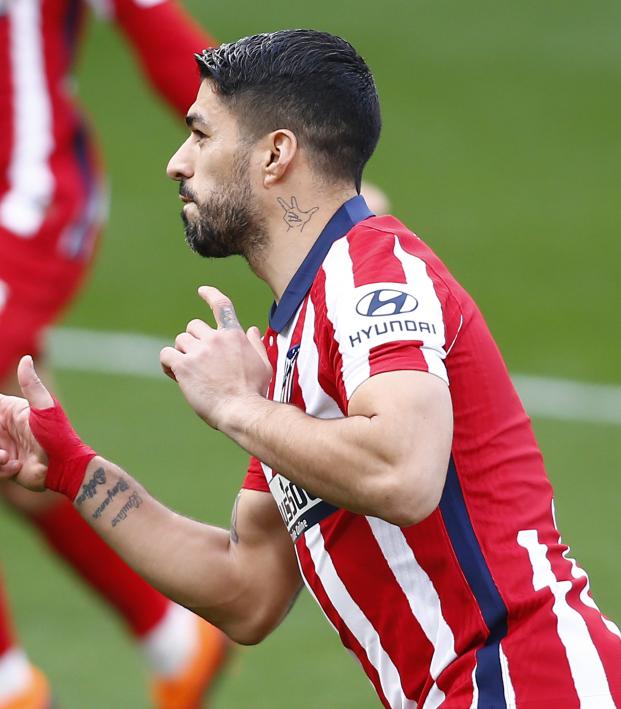 Atlético Madrid's Luis Suárez fired in two goals as they thrashed Cádiz 4-2 away in an action-packed game on Sunday to march 10 points clear at the top of LaLiga.

Suarez gave Atléti the lead in the 28th minute with a curling free kick which was cancelled out by Cádiz forward Álvaro Negredo seven minutes later before Saúl Ñíguez restored the visitors' advantage moments before the break.

Cádiz had a strong penalty claim turned down on the stroke of halftime when Atlético's Koke blocked the ball with his hand while on the ground but Atléti got a spot kick just after the break which Suárez converted for his 14th goal of the season. The Uruguayan has scored five times in his last three games and has an average of a goal for every league start he has made.

Negredo reduced the deficit with a scrappy strike in the 71st and Atléti were pegged back in their area for a long spell while their loanee Ivan Šaponjić could have leveled moments later but saw his header tipped away by goalkeeper Jan Oblak.

Atlético captain Koke then struck his first goal of the season in the 88th minute to complete the win and secure an eighth consecutive league victory for Diego Simeone's side.

The visitors were without key players Yannick Carrasco and Mario Hermoso after they tested positive for COVID-19.

Atlético have an impressive 50 points at the halfway stage of the season, clear of nearest challengers Real Madrid, who lost 2-1 at home to Levante on Saturday, with a game in hand. If they can replicate their form in the second half of the season, Atléti will become the first Spanish side to end a campaign with 100 points since Barcelona in 2013.

"We have a significant number of points which have taken us to the top and today we were missing vital players but those who came in did superbly," said Suárez. "Our numbers show we are working well and have the mentality to achieve great things and we need to stay on this path."

Cádiz, who managed to beat Real and Barça this season, slipped to 13th place. It was another spirited performance from Álvaro Cervera's side but they failed to take their chances.

Atlético, however, were utterly ruthless, scoring with all four of their attempts on target. Even as Simeone's side look more and more likely to win a first title in seven years, he declined to discuss the title race.

"To keep going at this right we have to keep clinging to the idea of only focusing on the next game and to continue generating a fierce competitive spirit amongst ourselves," the Argentine coach said.