Welcome To The 2024 UEFA Nations League Featuring … Messi And Neymar?

Depending on the squads chosen, fans could see the best of Europe and South America compete on a vastly more frequent basis. The announcement of this news drew a vehement reaction online with fans calling the move a money grab and killing the sport. 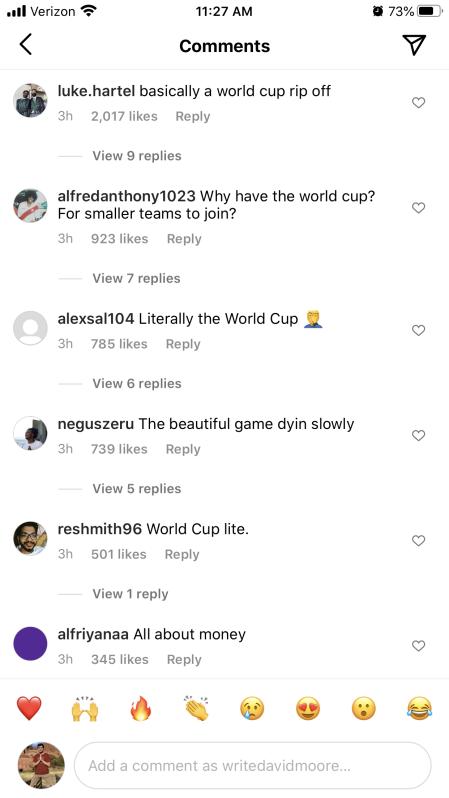 What some fans may not realize is this new UEFA-CONMEBOL Nations League is being put in place to try to prevent FIFA’s devious plan of a World Cup every two years. With this expanded Nations League in place there wouldn’t be enough time to play qualifiers for the biennial World Cup.

It follows UEFA and CONMEBOL signing a renewed and extended Memorandum of Understanding (MoU) and the potential organisation of football events, lasting until June 30, 2028.

We can safely file this as a clear tactic in opposition to FIFA and its biennial World Cup.

So, by putting the building blocks in place for an expanded, cross-confederation Nations League, UEFA and CONEMBOL are basically sticking two fingers up at the biennial World Cup, and plans to change the international match calendar.

FIFA continues to push the biennial World Cup idea. On Friday they released a totally authentic, definitely not rigged poll given to over 30,000 “soccer fans” on the idea of a biennial World Cup. Who the hell are these people, FIFA?

FIFA is today publishing the results of an expanded survey regarding the frequency of the men’s and women’s FIFA World Cups.

Of 30,390 people who said football was their favorite sport: 63.7% of fans would like to see a more frequent men’s FIFA World Cup, statement reports.

I have mixed feelings about what I will now call the UEFABOL — pronounced “UEFA bowl.” To me this feels reminiscent of SpongeBob and Patrick “saving the city.” 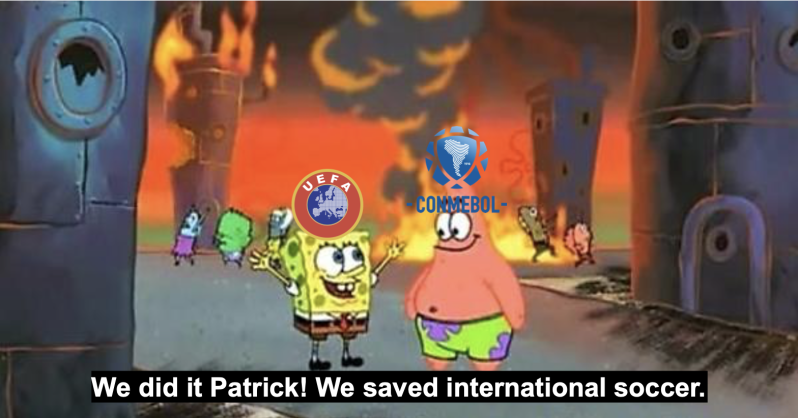 Sure, this tournament could save us fans from a World Cup every two years, however it feels wrong to have the best teams play anyway under a different tournament name. This almost feels like a disguised World Cup just without North America, Africa and Asia.

I will accept the UEFA bowl over the biennial World Cup only because it feels like the lesser of two evils, but I’m not thrilled about it. With how murky and shady the sport is these days, I’ll be fine with the higher-ups rigging the draw and putting Argentina and Portugal in the same group. Squeeze out the last bit of the Lionel Messi vs. Cristiano Ronaldo rivalry before it’s too late.

The Messi Nations League crossover will be interesting to see. Fans argue online all the time over whether or not the likes of Messi and Neymar could compete in UEFA. The world will find out in two years.