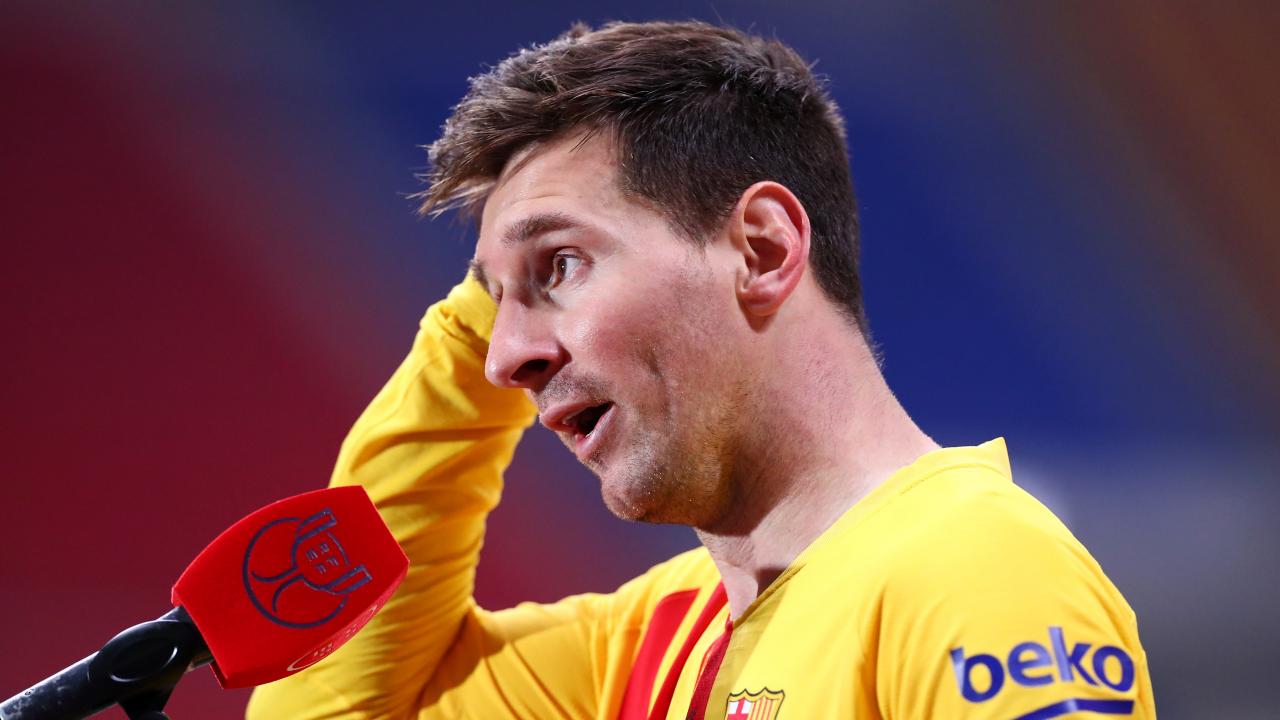 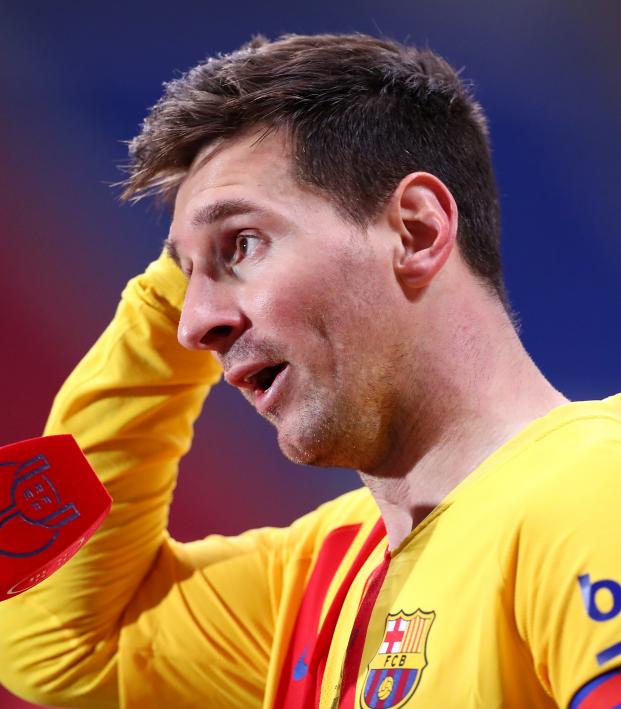 Travis Yoesting May 1, 2021
The Argentine superstar used his Instagram page for something other than selling Gatorade or T-shirts.

Lionel Messi’s Instagram account recently reached 200 million followers. The account mostly just tweets out ads for the biggest brands in the world, such as adidas, Pepsi, Gatorade and SpaceScooter. The Argentine occasionally posts about his family (and that water buffalo he calls a dog) or to give a heartfelt goodbye to a beloved teammate.

What you almost never see Messi do is make any sort of statement that could be seen as remotely political, but that changed this weekend. On back-to-back days, Messi posted about vaccines and human rights. While neither issue is actually political, both have become politicized in recent years.

On Friday, Messi posted about the importance of getting vaccinated. The video post was a partnership with former Barcelona sponsor UNICEF and mostly targeting child vaccinations. The post doesn’t specifically mention the Covid-19 vaccine, but it’s clearly an attempt to allay fears of vaccines at a time when most of the world still needs to be vaccinated against Covid-19.

Sadly, vaccines have become political, especially in the U.S., where an outsized portion of Americans from a particularly political affiliation is refusing to get the Covid-19 vaccine. Of course, vaccine hesitancy has been going on for years and isn’t specific to Covid-19, but it’s particularly alarming when you’ve got people like this science denier who is banning teachers at her school from getting the Covid-19 vaccine. 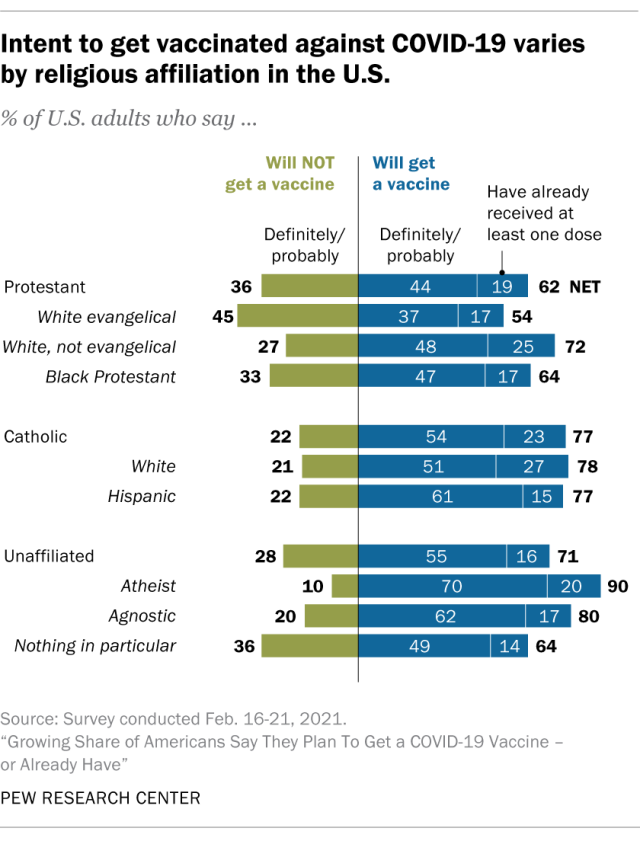 Vaccines work, plain and simple, and Messi is trying to spread the word to ensure the health and safety of as many humans as possible.

Messi’s second Instagram post this weekend was in response to the social media boycott going on in the UK this weekend. Led by some of the biggest soccer clubs in the world, social media accounts across the footballing spectrum have gone silent this weekend in an attempt to force social media companies like Instagram, Facebook and Twitter to do more to combat online abuse, specifically racial abuse.

We are switching off our social media channels from 3pm on Friday 30 April, until 23:59pm on Monday 3 May, in response to sustained and ongoing online abuse.#Enough | #StopOnlineAbuse pic.twitter.com/KQzq4BU3Ud

While Messi didn’t silence his account, he joined the chorus of voices calling for change — and human decency.

Translated, the post reads: “I see that I have just reached the 200 million people who follow me on this network, however, because of what is happening today, I am not going to take it as a reason for celebration. Of course I’m thankful for all the love and support from you, but I think the time has come to give importance to the people behind each profile, to realize that behind each account there is a person of flesh and blood, that laughs, cries, enjoys, and suffers, human beings with feelings.
“Let’s raise our voice to stop online abuse. It doesn’t matter if we are anonymous, famous, athletes, refs or fans, even someone not involved, it doesn’t matter race, religion, ideology, or gender… Nobody deserves to be mistreated or bullied. We live together seeing and experiencing abuse, more of it and worse each time on each network, without anyone doing anything to stop it. We have to condemn strongly those hostile attitudes and demand social media companies to take urgent actions against these behaviors.
“I would like you, the 200 million people who accompany me, to become the 200 million reasons that exist to make the networks a safe and respectful place, where we can share what we want without fear of being insulted ... and that insults, racism, abuse and discrimination remain outside of them forever. For you who are part of these networks and who are always close to me, I hope you will accompany me and support me in this crusade.
“Big hug to all and congratulations to all football people in the United Kingdom for their idea of putting together the campaign against abuse and discrimination in networks.”

Again, this shouldn’t be a political issue, but somehow it is. You’d think being a decent human being who isn’t racist toward others would be a common goal for all, but then you see the rise of ethnonationalist politicians in the U.S. and Europe who deny the existence of systemic racism. (Or you just look at my email inbox after I write about announcers needing to show basic decency for the athletes they cover.)

While a boycott is one way to combat the issue, it’s good to see other athletes finding their own ways to speak up against online abuse. Anything to help stop racist assholes from being racist assholes is a positive step, though little will change until social media companies actually put more effort into combating online abuse.

With more than 200 million followers, Lionel Messi is the seventh most-followed human on Instagram (only Cristiano Ronaldo has more among footballers). It’s good to see the legendary player using his platform to inspire positive change in the world, even at the risk of upsetting science deniers or racist assholes who might have otherwise bought some Gatorade and adidas gear.