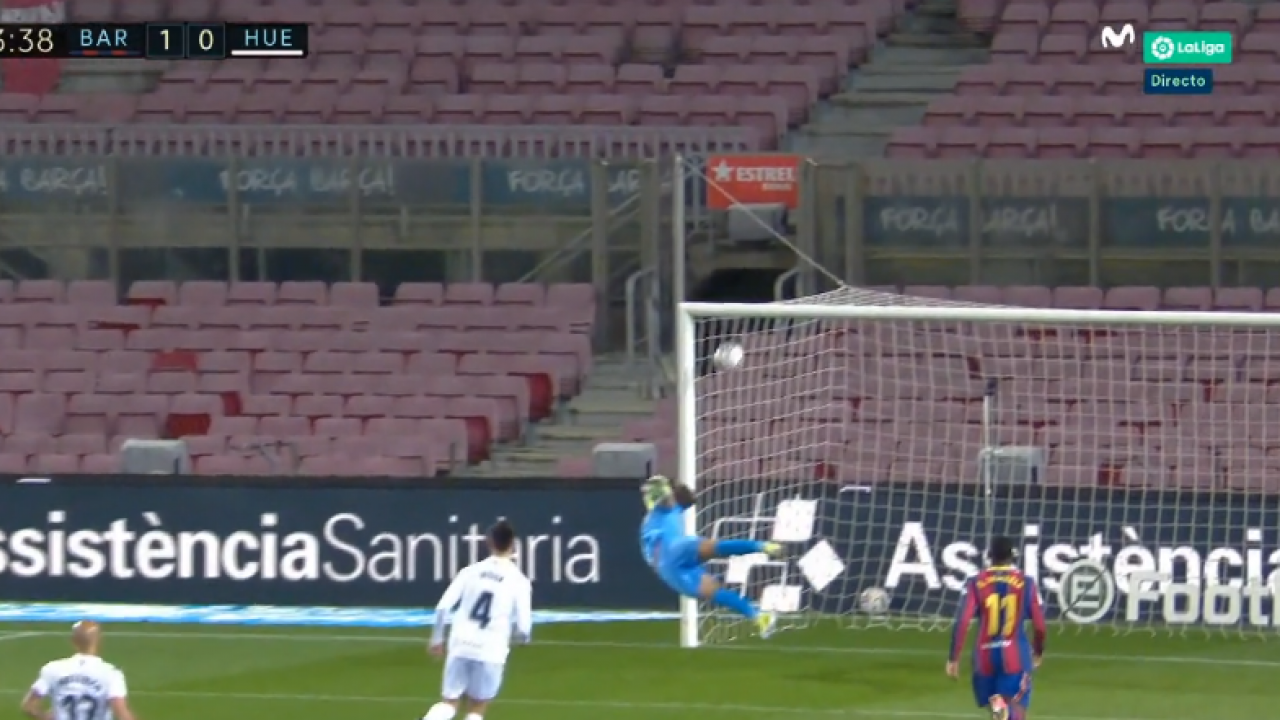 With his 767th Barcelona appearance coming in Monday’s LaLiga match against Huesca, Lionel Messi equalled Xavi’s record for most in the legendary Blaugrana shirt.

Right before kickoff, the club released a video in which Barcelona stars past and present congratulated the 33-year-old on his remarkable feat of otherworldly consistency and longevity.

☝️ #Messi767 ☝️
The world of football in awe of #Messi pic.twitter.com/OAfb3Np8LY

That video brought all the feels, but then Messi showed why all the descriptions, words and eulogies just don’t compare to the absolute privilege of watching him play football. In the 13th minute, the Argentine worked a tiny bit of space on the edge of the area with a clever first touch before curling one crossbar down.

That was Messi’s 20th league goal of the campaign, which marks the 13th straight season he’s hit that milestone.

10 minutes before halftime, Antoine Griezmann did his best Messi impression, putting one into the same corner from distance.

After two incredible goals, it’s only right — given the state of officiating around Europe right now — that we also saw one on the worst penalty calls you’ll ever see before halftime. You can’t tickle someone’s shinguard, Marc-André ter Stegen.

La Masia graduate RAFA MIR wins and converts a penalty to tighten things up right before the break. #BarçaHuesca pic.twitter.com/lfPWgLPgLF

That caused some worry for Barcelona heading into the second half, but Messi quickly turned provider on Óscar Mingueza's header to restore the two-goal advantage in the 53rd minute.