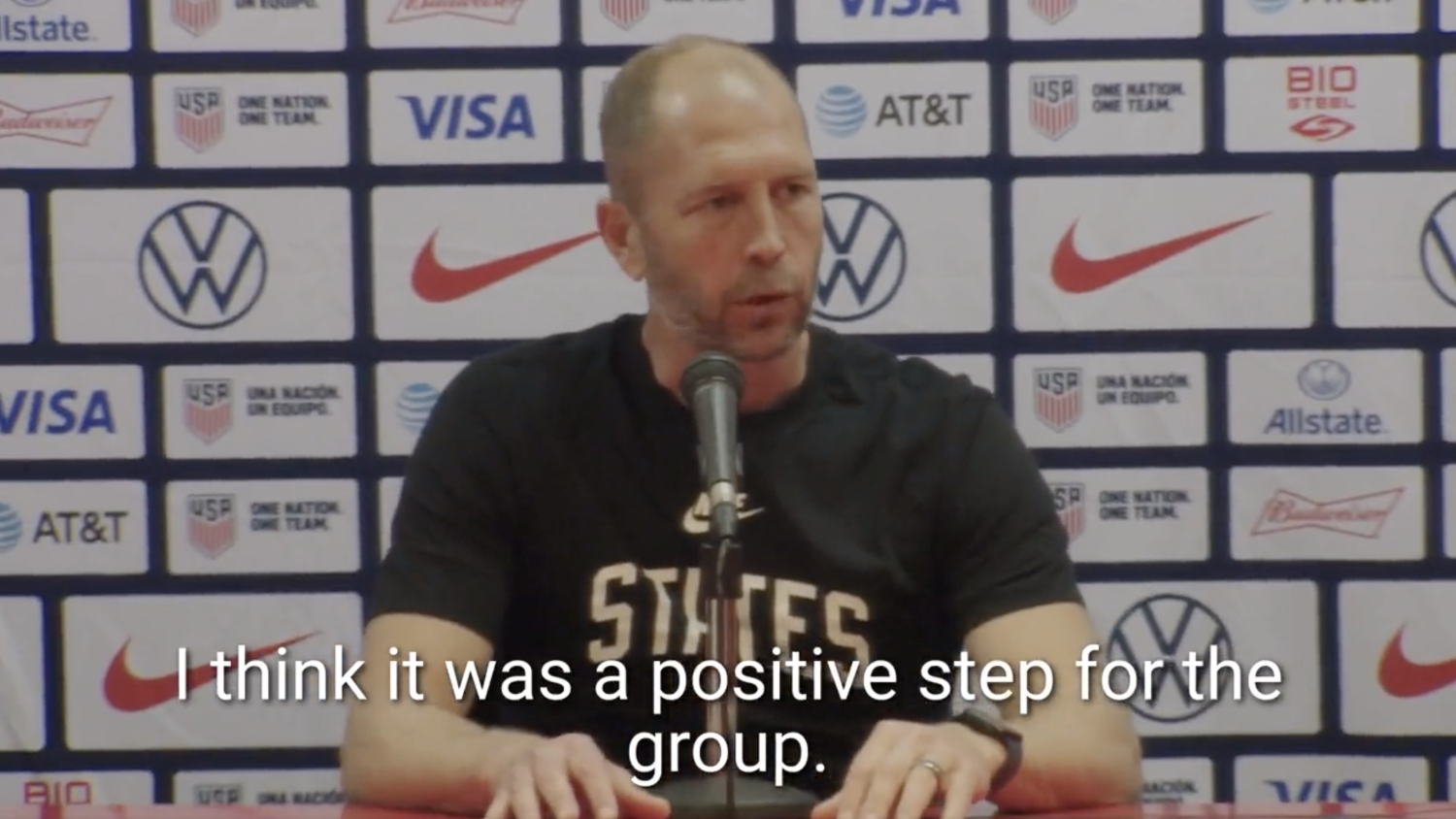 His constant positivity is getting on people’s nerves.
@usmntonly | Twitter

The overall opinion on Gregg Berhalter and the United States men’s national team has seen a dramatic shift after a heartless loss to Japan and mundane draw with Saudi Arabia. The team looked uninspired and flat, but Berhalter has tried to remain positive.

In an interview after the Saudi Arabia draw Berhalter described the recent international window as, “a positive step for the group.”

I hate to be the bearer of bad news, but two shots on target against Japan and Saudi Arabia’s B-team is not a positive step. The quote that got fans stirred the most was when Berhalter said that “things became pretty clear” but he failed to elaborate on what exactly those “things” were.

This set off quite the fire on USMNT twitter.

Yep, should be fired asap after the WC. Can’t answer questions or take responsibility. “It’s the players dur dur dur”. Nah dude, these guys compete in the best leagues in the world for the most part. You can’t instill confidence against the Saudi C team

This man is going to ruin my thanksgiving

This guy has taken away all my excitement for the WC

Pundits are also going after Berhalter for his quotes on the confidence of players. ESPN’s Tommy Smyth pointed out that it’s on the manager to bring up the team’s confidence.

"' !"@TommySmythESPN says the #USMNT’s lack of confidence falls solely on the manager. pic.twitter.com/N8AoKdN9vw

Perhaps the biggest indicator of how public opinion on Berhalter has swayed was the latest reaction to his signature move during games.

One of Berhalter’s trademark moves that most fans adored early on was the American manager doing a behind the back bounce pass to his players for throw ins when the ball went out of play. He did a bounce pass on Tuesday vs. Saudi Arabia and fans were PISSED.

Gregg Berhalter with behind the back bounce pass

The mood on Berhalter is not what it was several months ago.

Nobody thinks it’s funny any more

Someone tell Gregg back passes are for winners

I really love these talented USMNT players. Pulisic, McKennie, Reyna, Dest, Musah, Weah, and all the rest. They're truly special.

It's a shame that U.S. Soccer chose to hire an average manager who was the CFO's brother, tactically stubborn, and over-values MLS.

Berhalter will still be the U.S. manager going into the World Cup, it’s highly unlikely that will change. As many fans see it, Berhalter will only be the USMNT manager for three more games.