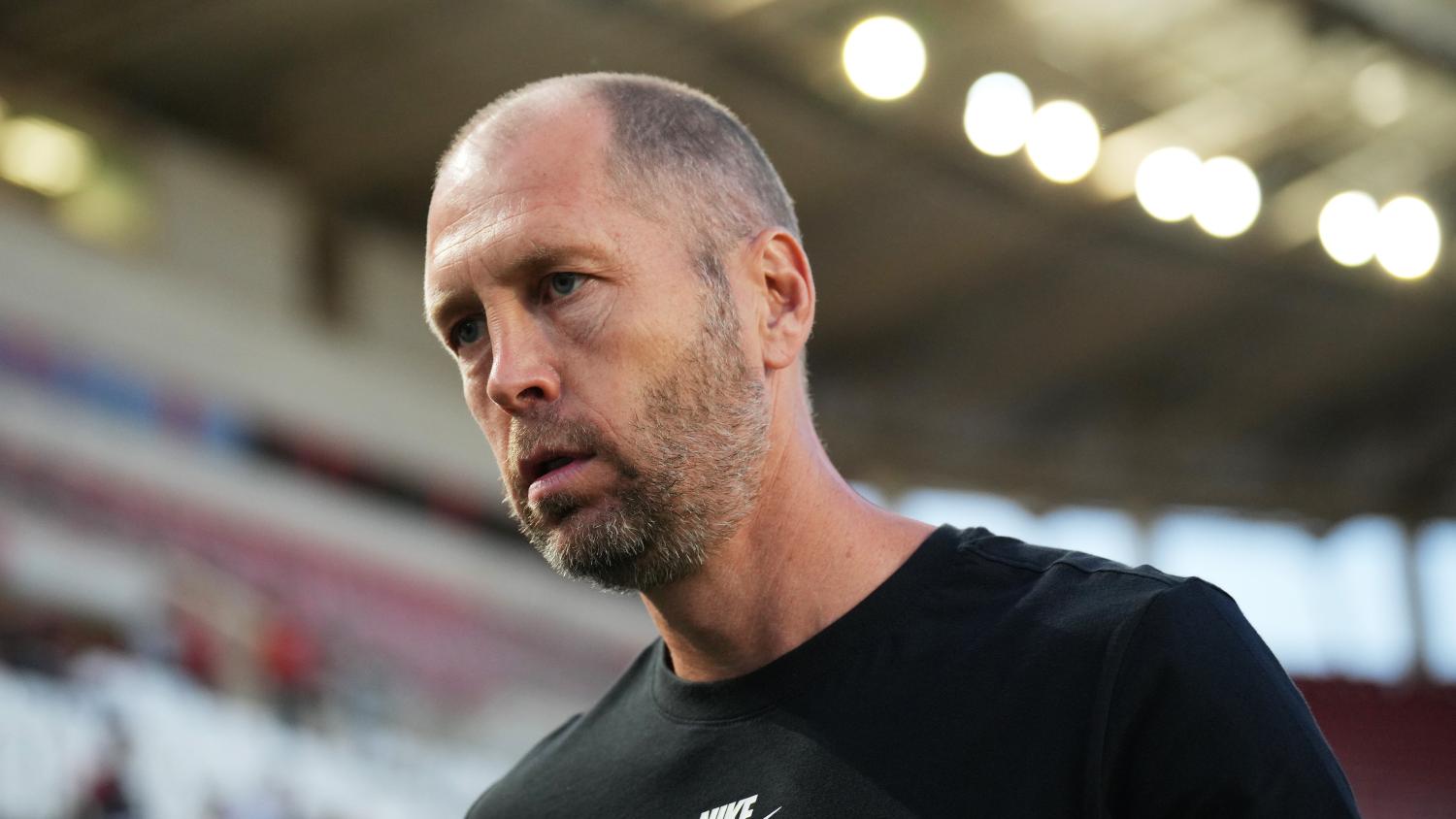 This team is going to get battered in Qatar.
Getty Images

Gregg Berhalter and his United States men’s national team are on a one-way collision course with a nasty ass kicking in Qatar at the World Cup. On Tuesday the USMNT played its final friendly before the World Cup and pathetically tied lowly Saudi Arabia 0-0.

There are few words that can accurately describe how poor the U.S. has looked in the last two friendly games vs. Japan and Saudi Arabia. With no words to summarize these poor performances let’s just let one stat in particular speak.

The USMNT (ranked 14th in the world) managed two shots on target across 180 minutes vs. Japan (24) and Saudi Arabia (53) with both being against the latter. There’s no belief, creativity or hope in this team right now.

I would show you the USMNT vs. Saudi Arabia highlights but there weren’t any. For 90 minutes the U.S. dorked around creating minimal scoring opportunities and was fortunate Saudi Arabia didn’t score.

Here are three takeaways from this game/international window.

1. This team is not ready for England, Wales and Iran

If the World Cup was next week the U.S. would finish with zero points and a minus nine goal difference. This team can’t score away from home. When the defense has to play against better teams it's equally if not more tragic.

USMNT in games outside of the USA since last October..

Iran’s national team is HOT with a remarkable victory 1-0 vs. Uruguay and a 1-1 draw vs. Senegal during the most recent international break. England and Wales have struggled in the UEFA Nations League with both getting relegated from League A. The teams they are struggling against are teams like Germany, Italy, Belgium and Netherlands. NOT Saudi Arabia.

If the World Cup started next week here are my predictions for how the games would finish.

2. No creativity or ideas on offense — did Ricardo Pepi play?

The No. 9 discussion was on the minds of most USMNT fans heading into this international break. Does it even matter anymore?

Pepi played 59 minutes and only touched the ball 13 times. You could have god damn Cristiano Ronaldo as the U.S. No. 9 but it doesn’t really matter if you can’t even get the ball to him.

The first half saw some quality combination passing between Weston McKennie, Christian Pulisic and Sergiño Dest. That was the only bright spot for the U.S. in attack. As the game wore on the desperation reached its climax as the USMNT just launched balls downfield praying to God Paul Arriola could outsprint some opponents.

If the U.S. players weren’t hoofing the ball downfield then they were sending in aimless crosses that never reached a fellow teammate. If your team can’t break down Saudi Arabia then what the fuck are you going to do against a defense like England?

Also, when the team’s top player is stiffing the manager there's a clear problem.

Pulisic throws the captain's armband to Adams and then sprints straight to the bench as subbed off. High-fived teammates, didn't dap up Berhalter.

I don't know his intent, obviously. But that was an... interesting moment.

The cherry on top of this shit sandwich we call the USMNT was that in the 30th minute Gio Reyna took himself out of the game and headed straight down the tunnel. At first fans thought it could have been a planned substitution until the news broke that it was yet another muscle injury for Gio.

Gio Reyna went straight to the locker room after coming off for the USMNT.

UPDATE: Gio Reyna was experiencing muscle tightness and came out of the match as a precaution. https://t.co/GET8j1zGc1

I figured I’d finish this article off with some of the best reactions on Twitter to the U.S. draw.

Me getting into my best suit and tie for the Gregg Berhalter is Fired Party in December
pic.twitter.com/DzA74VZJOi

SAY NO TO TERRORISM pic.twitter.com/1BGGgDm8HW

The #USMNT have one win in their last seven matches against teams going to the 2022 World Cup. They haven’t scored in the other six:

We won’t win a game in Qatar. Might be able to take 1 point against Iran but we will not advance to the knockout stages. Hell we might not even score a goal

"There's no buzz going into the World Cup thinking 'man we're going to get out of the group and do well' ... really kind of a frustrating window for the players, coaching staff and fans at home."