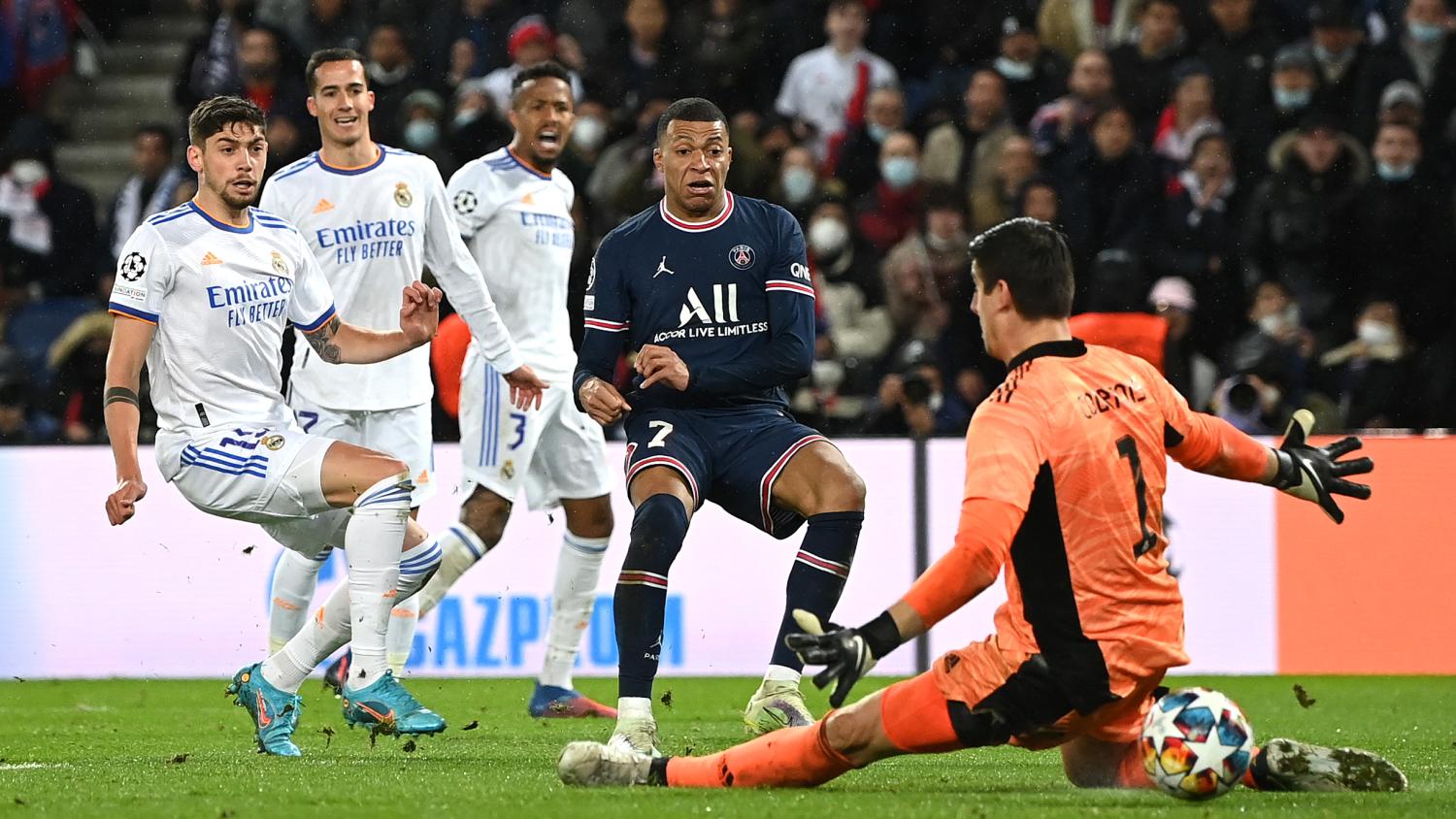 Let's start this Champions League match report with one particular talking point: Change is always difficult, especially for our soccer overlords in England, and there's going to be a lot written about how Real Madrid's negative approach at the Parc des Princes on Tuesday exemplifies UEFA's mistaken decision to do away with the away goals rule.

We'll see how the rest of the knockout phase plays out, but at this point in time that opinion is nonsense — it's only seeing exactly what you want to see to justify a bit of fashionable nostalgia in the face of the truth: PSG made Real Madrid suffer to a level that Carlo Ancelotti did not intend.

PSG outshot Real 21 to three, put eight shots on target to Real's zero and dictated their opponent's third to the tune of seven corners to one. To say that this is what Real and Ancelotti intended is absurd — Los Blancos toyed with a 3-0 loss on Tuesday, and defeat was only momentarily avoided by Thibaut Courtois' 62nd-minute penalty save on Lionel Messi.

Kylian Mbappé's 94th-minute winner was as dramatic as it was predictable (because he megged Courtois).

Real Madrid returns home wondering how it can turn the tide. A healthy Karim Benzema – who came back from his hamstring injury but failed to even attempt a shot over 87 minutes — is the team's best hope. When he's not at his best, Real, and attacking partner Vinícius, digress by entire levels.

But the issues run deeper than that. Many predicted a master class from Real's midfield trio of Casemiro (booked and out for the return leg), Toni Kroos and Luka Modrić. It was actually Marco Verratti, Leandro Paredes and Danilo Pereira who ran things with Messi dropping from his false 9 role to create a numerical advantage.

This halftime heat map of the midfield battle is pretty telling.

It was Messi orchestrating from deep that led to PSG's best chance of the opening 45, and he ended up completing the third-most passes of the first half (40 of 48) and most leading to chances (two).

The second half began with a flurry of PSG opportunities that indicated a turning of the screw. In quick succession Mbappé forced Courtois into an excellent save, Messi sent one over, Di María dialed one up, Nuno Mendes was denied, Messi stung Courtois' palms and then Mbappé did the same.

Mbappe with a fine effort. Courtois with a HUGE save. pic.twitter.com/nFqtsUGUXu

Mbappé, who'd been tormenting Dani Carvajal all match, was then brought down by the defender for a clear penalty in the 61st minute. Messi, however, couldn't convert.

Neymar was brought on in the 73rd minute for his first appearance since suffering a serious ankle injury back in November, and the 30-year-old added another dimension to PSG's attack, including the back heel that sent Mbappé on his way for PSG's winner.

The second leg at the Santiago Bernabéu is scheduled for March 9, and everyone will be expecting an entirely different approach from Real Madrid in that one, but that's just opening yourself up to more of Mbappé on the break. Good luck with that.