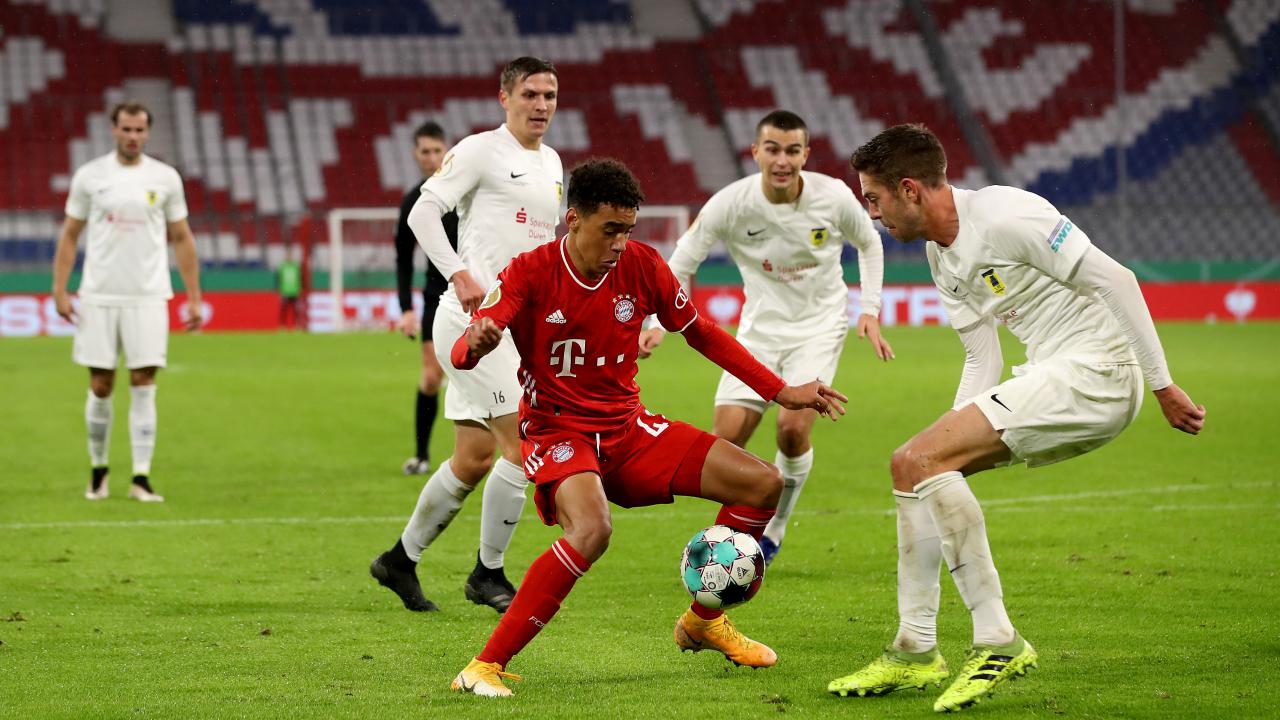 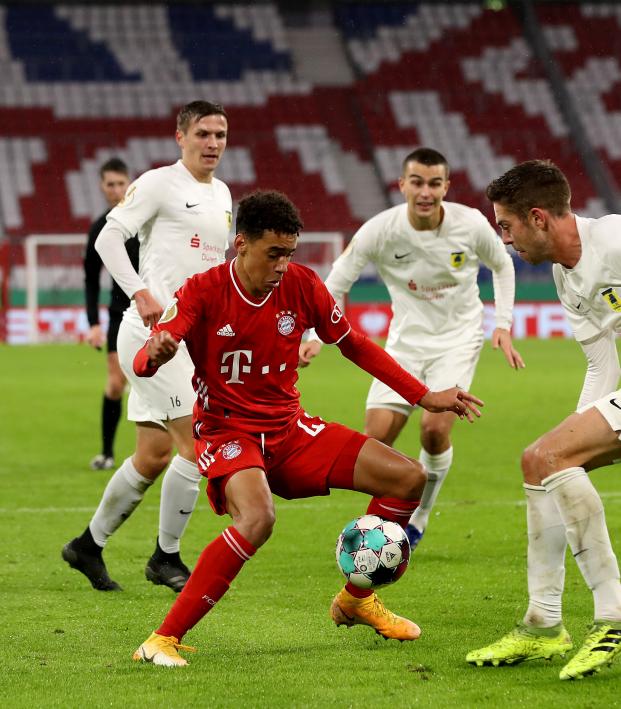 Bayern Munich opened the defense of its DFB Pokal crown on Thursday against FC Düren. For those keeping track at home, Düren is in Germany’s fifth tier, so the final score of 3-0 Bayern wasn’t unexpected, but honestly slightly flattered the title holders.

Bayern’s win wasn’t really ever in doubt, but Düren held its own — the players can go home proud of the fact they fared better against the European champions than Barcelona.

Except, that is, when 17-year-old Jamal Musiala had the ball for one magical run in the second half.

Musiala is a Chelsea youth product who was born in Stuttgart but moved to London at a young age. He’s played for both the England and Germany youth national teams and moved from Chelsea to Bayern last summer at 16. He netted his first senior-level goal in Bayern’s 8-0 destruction of Schalke in September and was given a start in the DFB Pokal on Thursday.

Most of the headlines from Bayern’s 3-0 win will go to journeyman striker Eric Maxim Choupo-Moting, who scored two goals and drew the penalty converted by Thomas Müller. But those who watched the game will have been enamored by Musiala’s potential highlighted by this one spectacular run.

OK, so he scuffed his shot wide in the end, but the way he danced around three defenders like they were, well, amateurs, was mesmerizing.

Here’s another piece of play from the teenager.

Another talent to watch this season.

The Bundesliga is loaded with young stars, and Bayern might have the most promising of all of them.