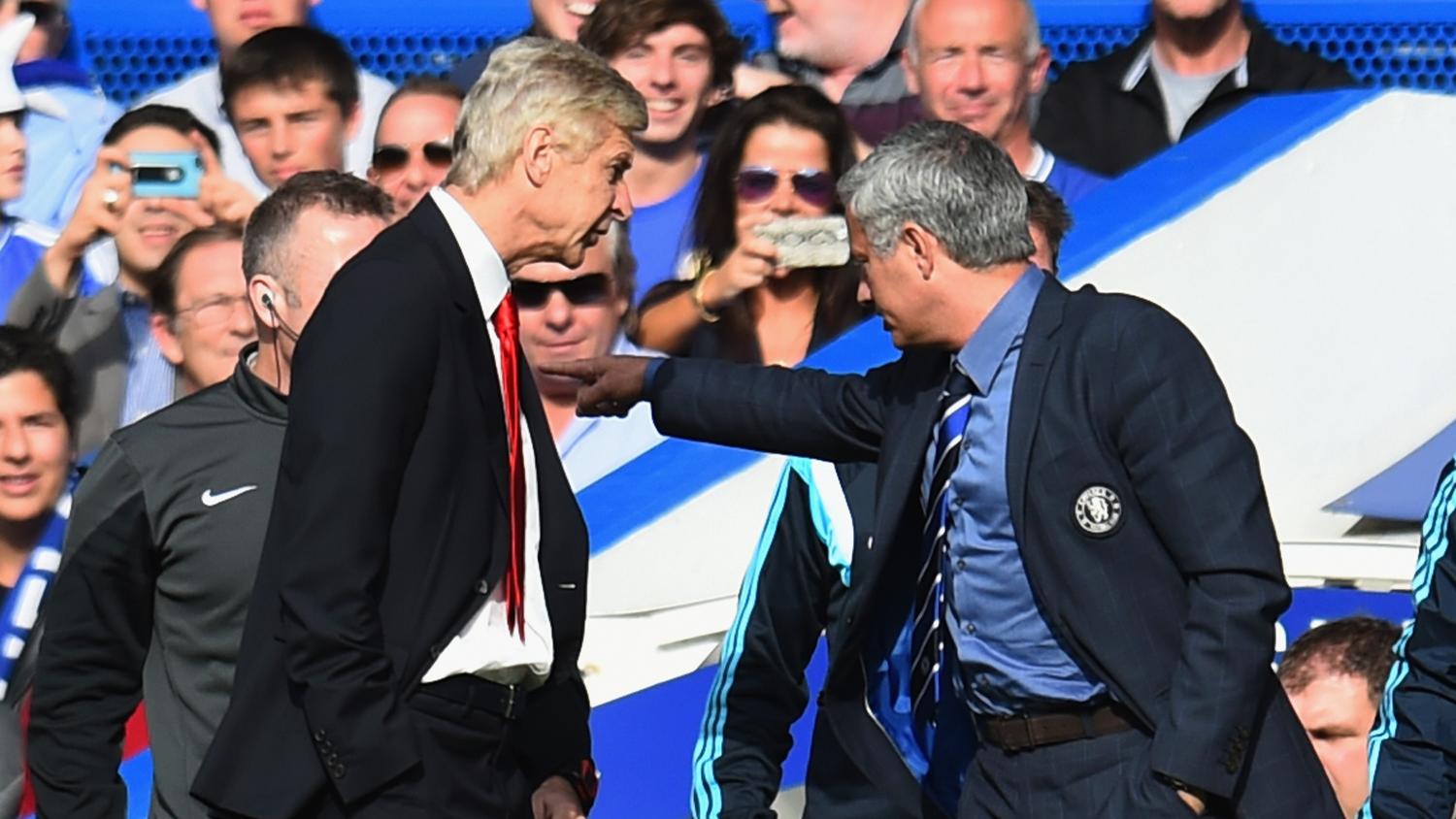 The two had so many iconic clashes, but Mourinho wasn’t mentioned once?
Getty Images

Tottenham Hotspur boss Jose Mourinho believes there could be only one reason why long-term rival Arsene Wenger missed out on mentioning him in his new book.

"Because he never beat me," Mourinho told reporters on Friday.

Wenger's autobiography — "My Life in Red and White" — looks back over his 22 years in charge of Arsenal between 1996-2018 but there was no mention of his touchline duels with Mourinho, whose Chelsea side dethroned the Frenchman's Invincibles in 2004-05.

The ups. The downs. The trophies. The players. The Emirates move. The Invincibles.

There is only one Arsène Wenger. For the very first time, in his own words, this is his story.

His autobiography MY LIFE IN RED AND WHITE is published TODAY https://t.co/3OoOk14SPW  #AFC pic.twitter.com/P5HdRn9027

The rivalry came to a head in 2014 when they physically clashed on the touchline during a Premier League meeting at Stamford Bridge.

It took Wenger 14 attempts to beat the Portuguese coach who once branded him a "specialist in failure", and in the end could only muster two wins in 19 matches.

"You are not going to do a chapter about 12 or 14 matches and never win one so why should he speak about me in his book? A book is a thing to make you happy, make you proud so I perfectly understand the situation," said Mourinho.

Ahead of Tottenham's London derby against West Ham United on Sunday, Mourinho said Gareth Bale is fit and available to make his second debut for the club.

Bale secured a return to north London from Real Madrid on loan last month but was rested during the international break to rebuild his fitness levels.

"I am not going to tell you if he is going to play (on Sunday)," Mourinho said. "What I can tell you is that he is working very well, he is working in the way he was not able to do for a long time."

Mourinho also took the opportunity to praise chairman Daniel Levy for pulling off an "amazing" transfer window for the club.

"I can only publicly thank them for what they gave to the team. And now (it) is for me, my staff and the players to answer in a positive way and have a good season," said Mourinho.