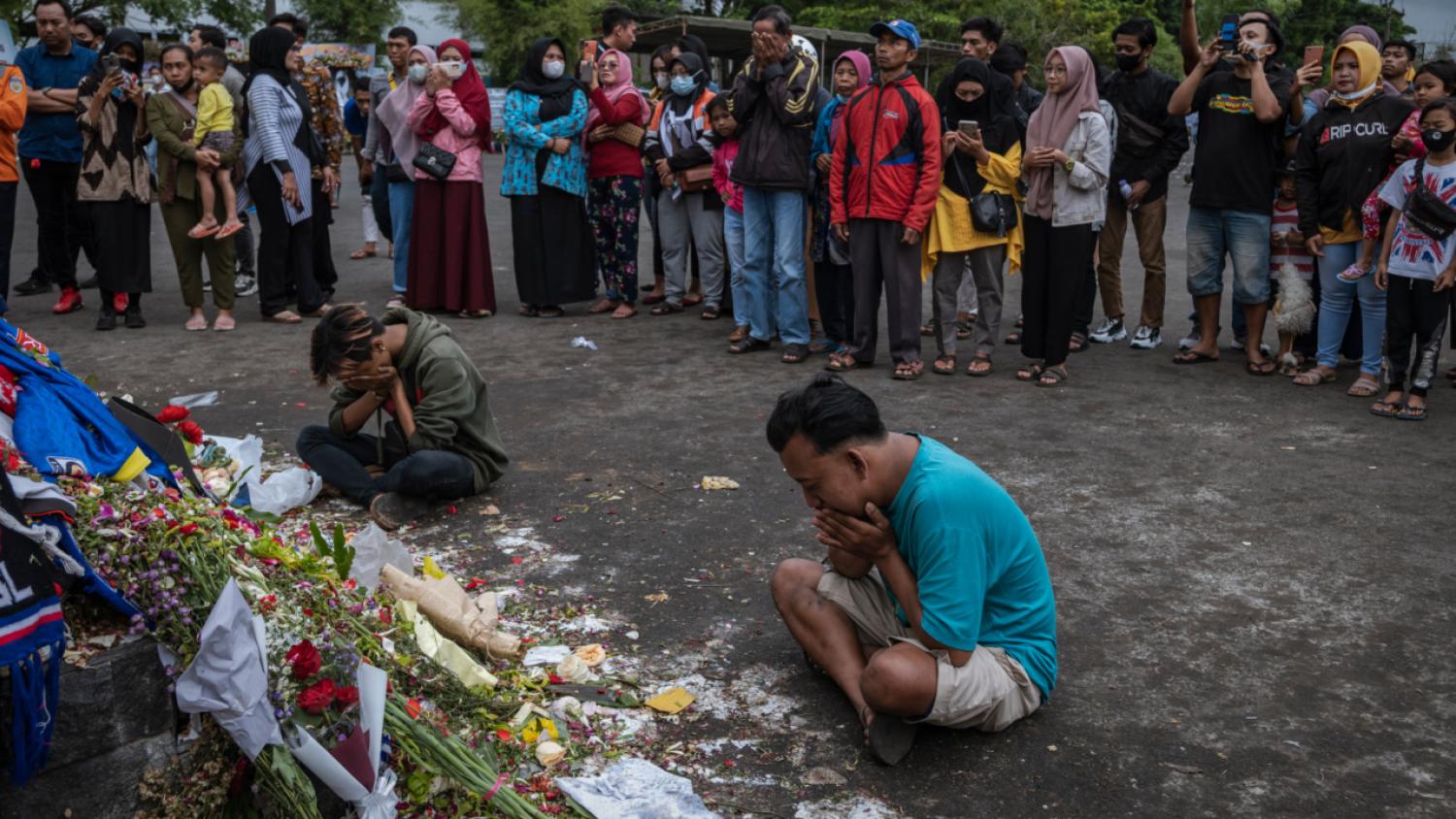 The latest death toll is at 131, including 33 children between four and 17.
Getty Images

MALANG, Indonesia - Andi Hariyanto says he will never watch a football match again after his wife, two teenage daughters and a cousin were crushed to death in a stampede at an Indonesian stadium last week.

The overcrowded stadium in Malang in Indonesia's East Java province descended into chaos after police fired tear gas to disperse agitated fans who had poured on to the pitch at the end of the match. It was one of the world's worst stadium disasters. Authorities have put the latest death toll at 131.

Though they stayed in the stands, Andi, holding his son in his arms, got separated from his wife and daughters. Sputtering and stumbling through the tear gas, they managed to get to medics for help.

"They should never have fired (tear gas) into the stands because all the chaos was down on the field," the 36-year-old farmer said.

Soccer's world governing body FIFA bans the use of "crowd control gas" at matches and an Indonesian police watchdog has said some officers wrongly used tear gas inside the stadium when there were no orders to do so. When the smoke cleared, Andi began searching for his wife and daughters, turning over victims who had been trampled or suffocated as they tried to flee through exits, some of which turned out to be locked.

"I kept searching through all the dead bodies, then I found my daughters Natasya and Naila. I was struggling to find their mother," he said, adding that his 34-year-old wife was injured and succumbed later in hospital. Both daughters, 16 and 13 respectively, were adopted, he said.

Authorities have said 33 of the victims were children between 4 and 17.

"I will never watch (soccer matches) anymore. Now I can only think of my son and I have no time for anything else. Now what is important is how to get food tomorrow," Andi said. "In my dreams, everything is normal, and (what happened) feels like a lie," he said. "But whenever I wake up, I realize they are no longer here."

The government is handing out $3,287 in compensation to the families of each of the victims and President Joko Widodo was expected to visit Malang later on Wednesday.