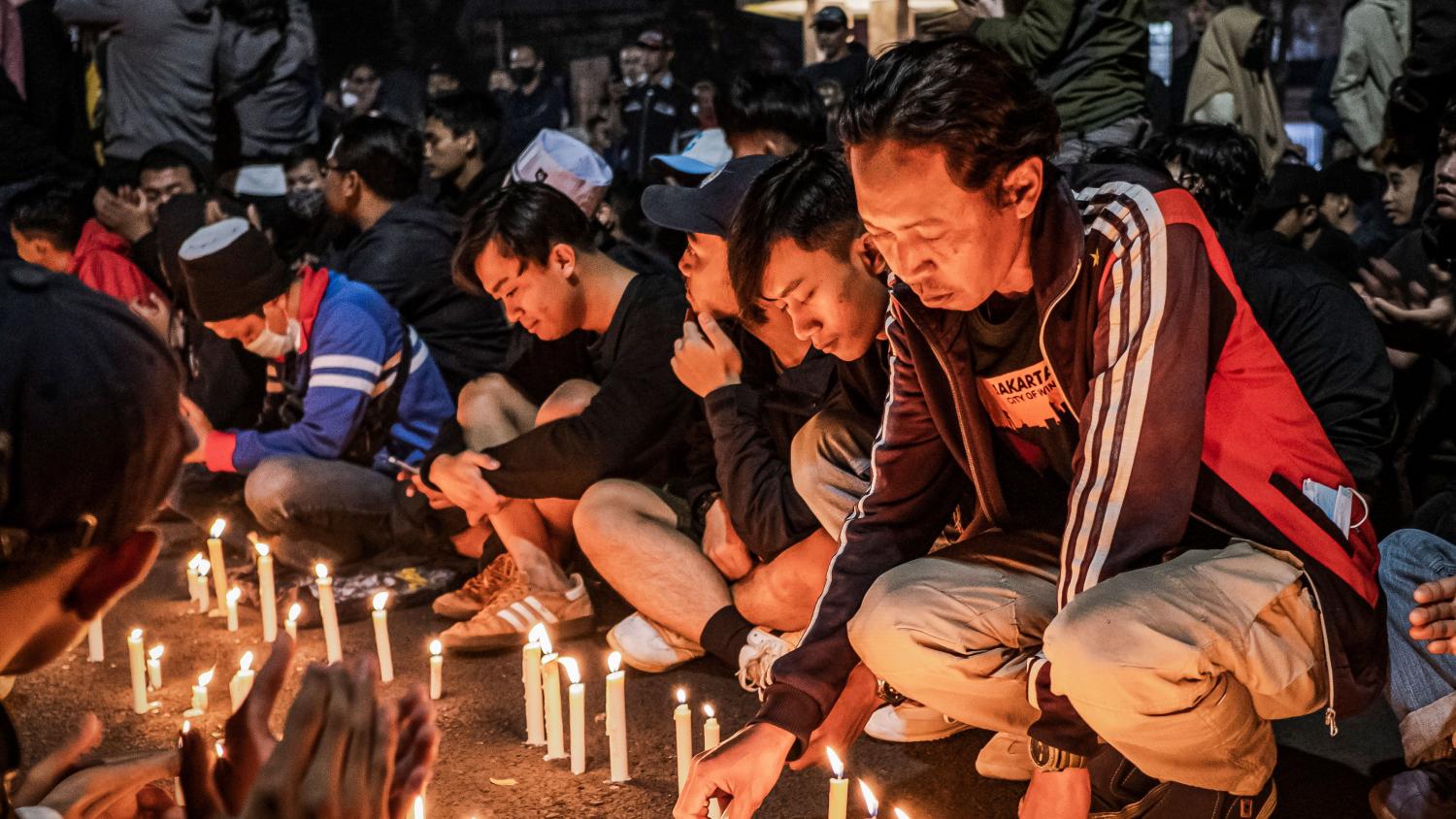 MALANG — Dozens of Indonesian police were placed under investigation on Monday over a stampede at a soccer match that killed 125 people, as authorities sought to determine what caused one of the world's deadliest stadium disasters and who was to blame.

Panicked spectators were crushed on Saturday as they tried to flee the overcrowded stadium in Malang, East Java, after police fired tear gas to disperse fans of Arema FC, who had poured onto the pitch after a 3-2 home defeat to Persebaya Surabaya.

Soccer's world governing body FIFA stipulates no "crowd control gas" should be used at matches, and Choirul Anam, a commissioner for Indonesian rights body Komnas HAM, told a news briefing that if gas hadn't been fired "maybe there wouldn't have been chaos."

The death toll was the largest at a soccer match since 1964, when 328 were killed in a crush as Peru hosted Argentina in Lima.

Nine police were stripped of their positions and the local police chief transferred, police spokesperson Dedi Prasetyo said, adding that 28 officers were under investigation.

The decision to use tear gas was among the issues being looked into, he added.

Mourners gathered outside the stadium on Monday. Some scattered flowers over an Arema club shirt while others prayed quietly, or wept, among them the club's manager Ali Fikri.

Many were trampled to death or suffocated after police fired tear gas during the chaos and a stampede occurred. Over 300 people were taken to hospitals. pic.twitter.com/iTzdZbczh7

"They have been asked... in the next coming days to reveal the culprits that were involved in the crime," Mahfud told a news conference.

A government official said those killed on Saturday included 32 minors.

President Joko Widodo ordered the soccer federation to suspend all top flight matches until the investigation was complete.

FIRST MATCH AT THE STADIUM

The scale of Saturday's disaster has left the small Java community numb.

"My family and I didn't think it would turn out like this," said Endah Wahyuni, the elder sister of two boys, Ahmad Cahyo, 15, and Muhammad Farel, 14, who died after being caught in the melee at what was their first live match.

"They loved soccer, but never watched Arema live at Kanjuruhan stadium," she said.

The Koran Tempo newspaper ran a black front page on Monday, centred on the words "Our Football Tragedy" printed in red along with a list of the dead.

Koran Tempo cover today. A list of the victims with the headline: "Our Football Tragedy." pic.twitter.com/7kbJmZYtvU

Security minister Mahfud said victims' families would receive 50 million rupiah (around $3,300) in compensation and treatment for hundreds more injured would be free.

On Sunday, he said the crowd was beyond capacity, with 42,000 tickets sold for a match in an arena designed to hold 38,000. Authorities said, however, that tickets had not been issued to Persebaya fans over security concerns.

FIFA, which called the incident "a tragedy beyond comprehension" has asked Indonesian football authorities for a full report.

A tearful Arema FC president Gilang Widya Pramana apologized to the victims on Monday and said he was ready to take full responsibility.