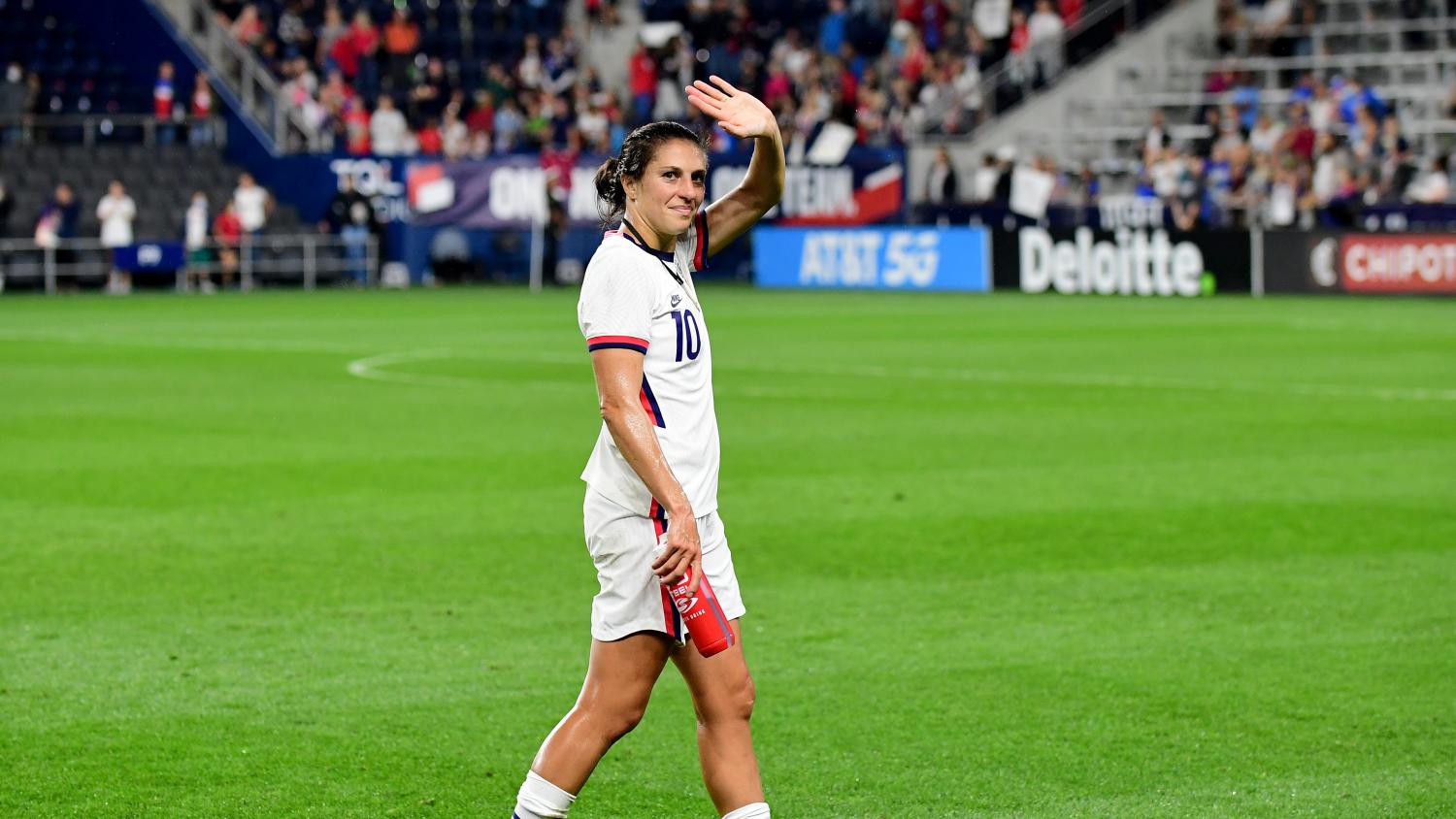 If you only care about Carli Lloyd, Fox Sports will allow you to watch nothing but the footballer during Tuesday’s friendly against South Korea.
Getty Images

Carli Lloyd’s final USWNT appearance is Tuesday, Oct. 26, in a friendly against South Korea from Saint Paul, Minnesota. One of the greatest women’s soccer players of all time is retiring at the end of the NWSL season to start a family, and she’ll have one last sendoff with the national team. To commemorate her final cap, Fox Soccer will have a dedicated stream — a Carli Cam, if you will — following her every move at Allianz Field, according to Engadget.

A two-time Women’s World Cup and Olympics champion and two-time FIFA women’s player of the year, Lloyd has had a remarkable career that will come to an end after Tuesday’s friendly.

The USA-South Korea match will be broadcast live on FS1 and TUDN USA at 8 p.m. ET. The match and the broadcast will most definitely have special send-off moments dedicated to Lloyd, but if you’re only interested in what Lloyd is doing, the Carli Cam will be available on Fox Sports’ Facebook and YouTube accounts, plus the Fox Sports app.

After coming on for about 30 minutes in Thursday’s 0-0 draw with South Korea, I suspect Vlatko Andonovski will start Lloyd on Tuesday. This way he’ll be able to sub her off at some point (probably late in the second half) to give the fans in Minnesota a chance to cheer her off the pitch.

Tuesday’s match won’t be Lloyd’s final game as a professional, as she will still play out the rest of the NWSL season with Gotham FC. Currently Gotham is in fifth place and in strong position to make the playoffs with two games left, giving Lloyd a few more moments in the spotlight before she hangs up her boots.

For more on Carli Lloyd’s final USWNT appearance, read about who she’s passing the famed No. 10 jersey to next here and how these farewells are stagnating an already stale USWNT here.

Elsewhere in Minnesota, Megan Rapinoe, who herself has been coy about retirement plans at the age of 36, this weekend visited Black Hart in Saint Paul, a queer soccer bar that commissioned a fantastic mural of the hero of the 2019 Women’s World Cup.