After 45 Minutes Of Agony, Gregg Berhalter And The U.S. Earned Redemption In Honduras 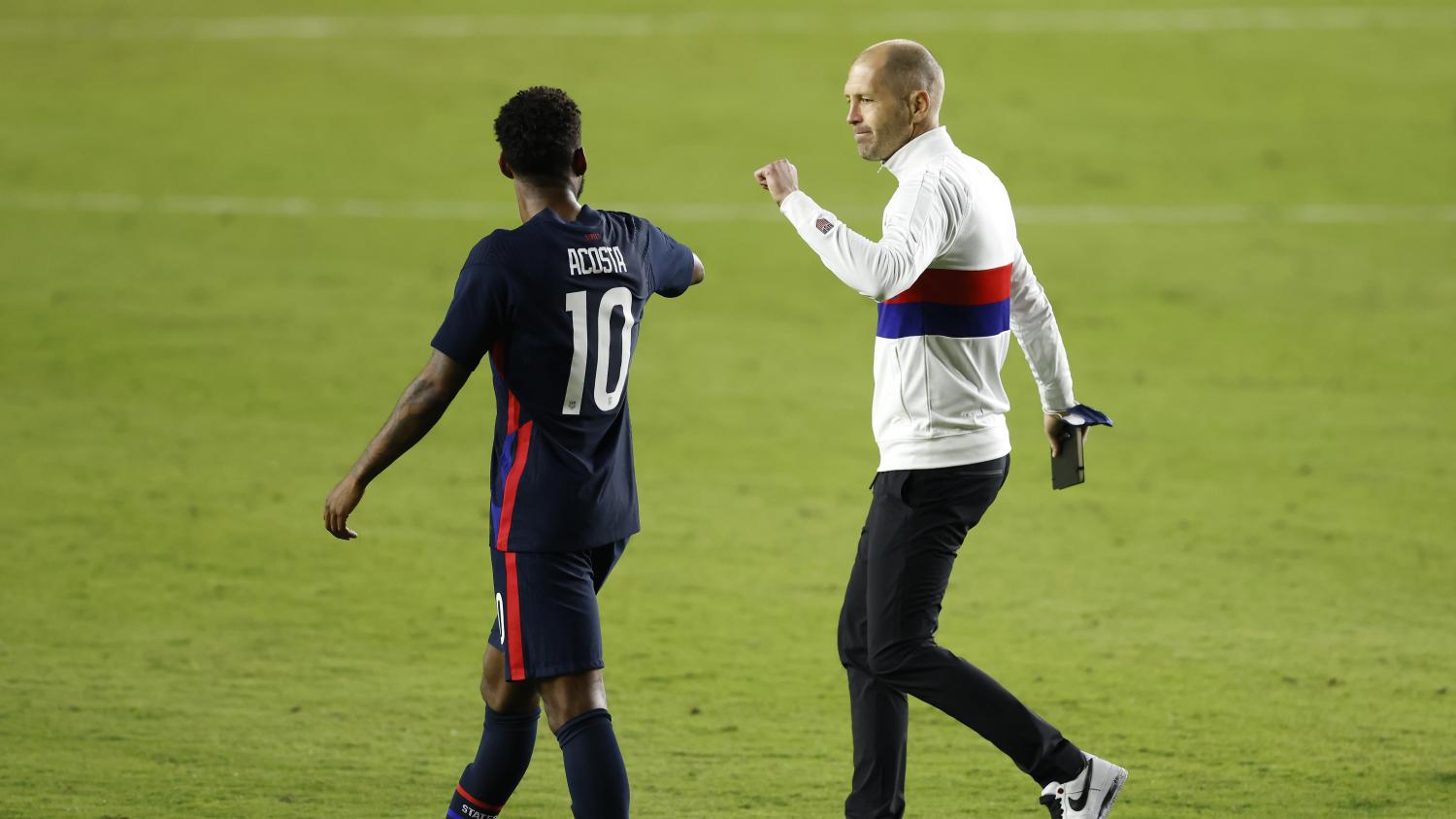 The first half was the worst of times, but the second half was even better than the best of times.
Getty Images

The USMNT played one of its worst opening 45 minutes in the modern era on Wednesday night in Honduras, and then followed that up with one of the greatest second halfs we've ever seen. Both were largely down to the choices of Gregg Berhalter, and while we should ultimately value and treasure the second 45, we shouldn't immediately forget about the first half.

Berhalter’s initial 5-2-3 formation put every player in a position to fail, and the halftime show on Paramount+ was Maurice Edu, Clint Dempsey, Oguchi Onyewu and Charlie Davies all agreeing that Berhalter had really gone tits up on this one.

The night seemed destined to live infamously in a couple videos of Berhalter extravagance that were basically metaphors for deploying Tyler Adams at right back.

Here’s Adams clearly asking for the ball a couple times but being made to wait by Berhalter’s AND1 mixtape.

Ok Gregg, we see you pic.twitter.com/pCkQuuzTkH

Once is all fun and games, but twice? Now your showing an insatiable appetite for taking a straightforward action and convoluting it beyond all recognition. That’s exactly what he did with his first half tactics.

I do appreciate the way he spun to follow the trajectory of this pass. That's an artist enjoying his work.

You might say, “Wait a minute. That’s reading an awful lot into something that’s beyond meaningless.” To which I’d reply, “Yes.” But my counterpoint would be Alan Pardew’s cursed little jig after taking the lead over Manchester United in the 2016 FA Cup Final.

United would comeback to win 2-1, ensuring that Pardew’s premature celebration lived in infamy. It also perfectly encapsulated the man: He’s a massive dickhead.

So could Berhalter's behind-the-back bounce passes be indicitive of a manager that, when handed lemons, doesn't go for lemonade but instead tries to make a French 75?

The opening 45 in San Pedro Sula was a shambles. Honduras’ opening goal was a microcosm of where it went wrong all over the pitch.

Maynor Figueroa took possession in the Honduras third and Josh Sargent rushed out to hopelessly press him. Figueroa easily found Deybi Flores in midfield, who turned, took a few touches and realized that both Kellyn Acosta and James Sands were stationary and positioned in no man’s land between himself and Jonathan Toro. 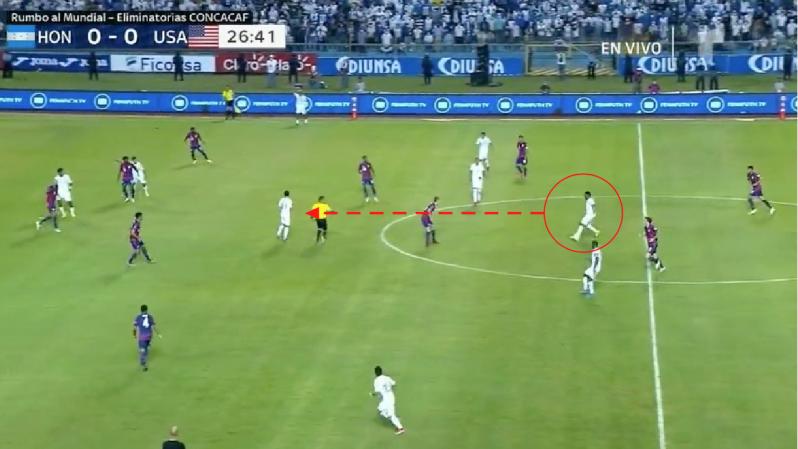 This is not a good shape.

That easy pass unlocked the defense, and John Brooks rushed out to meet the danger. Unfortunately, it all fell apart from there. Toro easily turned Brooks, then he found Diego Rodríguez with Tyler Adams nowhere near. Rodríguez crossed and with George Bello not covering for Brooks, Brayan Moya had a free header.

Brayan Moya strikes first to give Honduras the lead pic.twitter.com/9Y3RvIgrai

The play epitomized how godawful Berhalter’s decision to adopt a 5-2-3 with this group was. The understanding between the forward three and midfield two just wasn’t there — Honduras met zero resistance in that area — and then both Acosta and Sands seemed generally unsure of how to operate in their roles.

Adams shouldn’t be used as a wingback (especially when Weston McKennie’s not available), and then there’s the individual mistakes by Brooks and Bello. You could point fingers all around, but ultimately it’s a massive system failure. That’s on the manager.

So Berhalter had 45 second half minutes to change the narrative, and it’s hard to overstate just how well he did that. It's worth remembering that there have been previous U.S. managers who’ve failed to make quick adjustments at the risk of admitting they’re wrong.

When Costa Rica smacked the U.S. 4-0 last cycle in San José, Jürgen Klinsmann refused to make a sub until the 70th minute and that was replacing Christian Pulisic with Lynden Gooch.

On Wednesday night, Berhalter made a triple sub at half, changing the formation and adding Sebastian Lletget to the midfield (where he's 100% needed in every match at this point), Brenden Aaronson to the attack and Antonee Robinson to the defense. Robinson scored the equalizer, Aaronson got the third and Lletget grabbed the fourth.

And it was DeAndre Yedlin, who replaced Sands, who got the assist on Ricardo Pepi’s game-winner. Credit ultimately has to go to Berhalter for starting the 18-year-old striker as well. I think we were all hoping for the best but expecting the worst from a teenager making his international debut in WCQ at the Olímpico, but he’s “PEPI BY NAME, PEPI BY NATURE.”

This is the best worst goal-call ever.

RICARDO PEPI WITH HIS DEBUT GOAL TO GIVE THE @USMNT THE LEAD pic.twitter.com/8UiNxA8mCO

With five points, the U.S. is now in third and on track for automatic qualification. October’s window is also “easier” with home matches against Jamaica and Costa Rica, punctuated by a difficult trip to Panama City.

In Berhalter we trust.