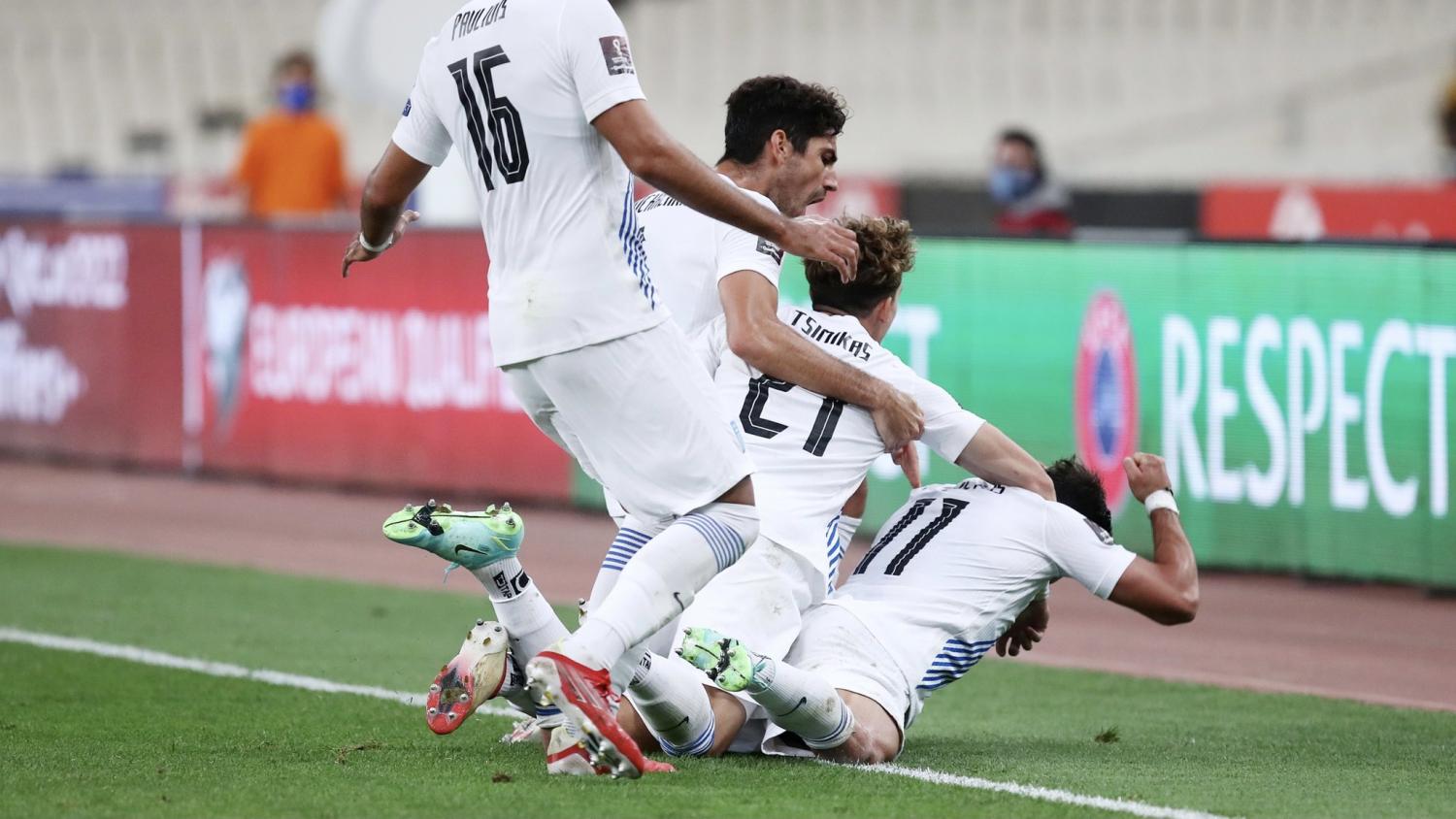 Greece got its first win of the cycle and handed Sweden its first loss.
@EthnikiOmada | Twitter

The pinnacle was reached at Euro 2004, but it should be remembered that the Ethniki dumped out Andriy Shevchenko’s Ukraine in qualifying for the 2010 World Cup and then ended the Ivory Coast’s golden generation of Didier Drogba, Yaya Touré and company at the 2014 finals.

After failing to qualify for its last three major international tournaments, Greece again assumed the role of gate crasher in UEFA Group B for 2022 World Cup qualifying alongside the favorites Spain and Sweden.

It all began beautifully with a 1-1 draw against Spain in Granada, but the Greeks then drew with Georgia in Thessaloniki before giving up a disastrous 92nd-minute equalizer to Kosovo on Sunday.

Welcoming Sweden to the Olympic Stadium in Athens on Wednesday, Greece absolutely needed all three points. But Sweden — after opening its own campaign with three straight wins, including a massive 2-1 victory over Spain on Thursday — was now aiming for top spot and automatic qualification.

Sweden went with the same attacking quartet that dazzled against Spain — Alexander Isak and Dejan Kulusevski up top, Emil Forsberg and Viktor Claesson out wide — but it was Greece which carved open the best chance of the opening 45.

Twenty-two-year-old striker Vangelis Pavlidis, who just joined AZ Alkmaar on a longterm deal, looked certain to score from close range, but Robin Olsen pulled off a spectacular save.

But the Greek breakthrough arrived on 62 minutes after captain Tasos Bakasetas received possession from Tasos Douvikas, rode the challenge of two defenders and finally beat Olsen.

Claesson struck the post for Sweden, but Pavlidis made amends for his earlier miss by tapping home substitute Christos Tzolis’ low cross. The 19-year-old Tzolis just arrived at Norwich City for $12.1 million and is seen as the future of the national team.

Robin Quaison pulled one back for Sweden to set up an exciting final 10 minutes, but Greece held firm to keep Dutch manager John van't Schip in the job.

Here’s what Group B now looks like after Spain beat Kosovo 2-0. It’s Spain at the top, but La Furia Roja has played two more matches than both Sweden and Greece.

Spain doesn’t play during the October window, but Sweden and Greece meet again — this time at Friends Arena in Stockholm.