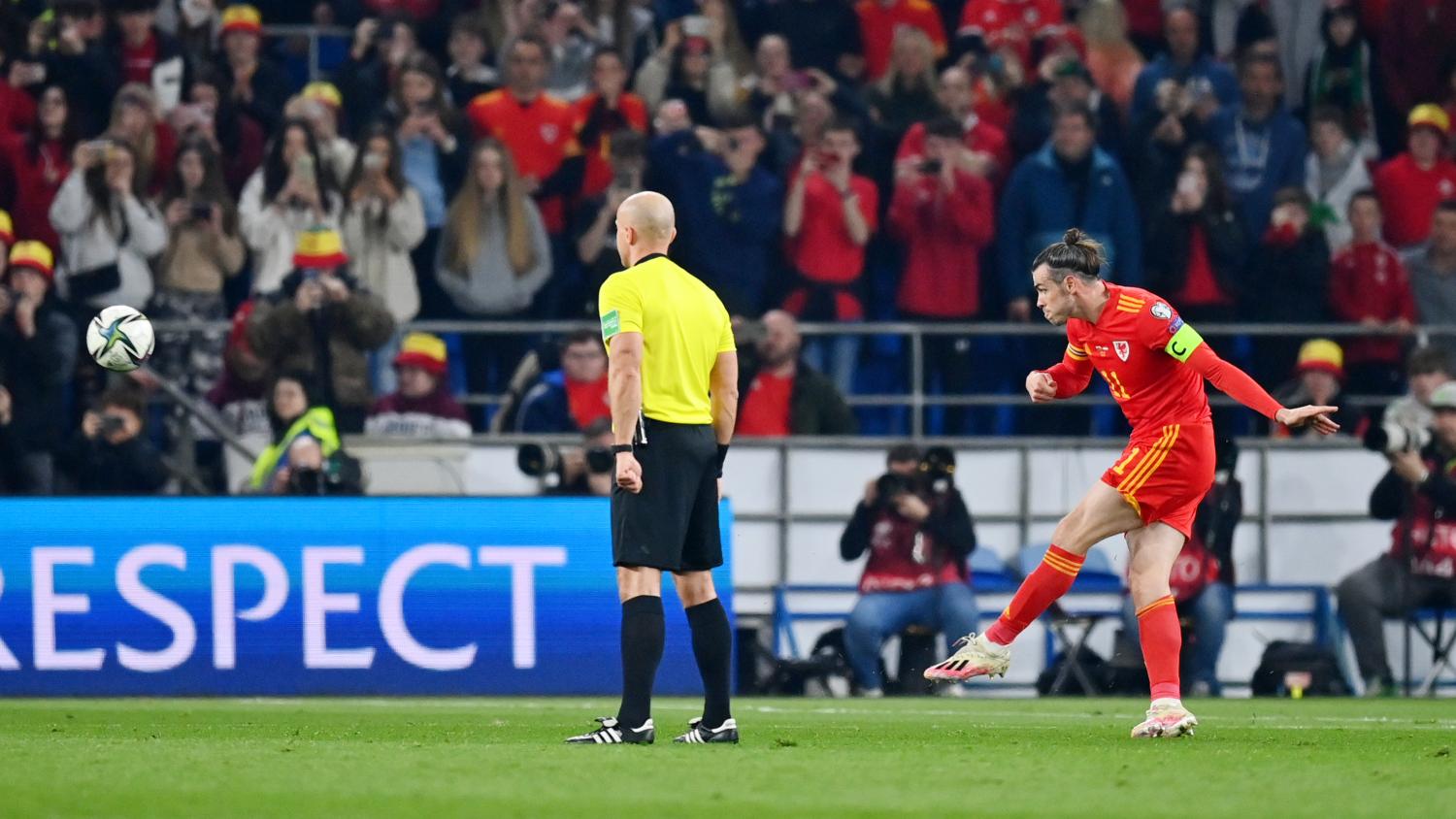 Bale scored a brace in the Dragons' 2-1 playoff victory over Austria.
Getty Images

Gareth Bale's 2021-22 Real Madrid season was summed up by last Sunday's Clásico, when rumors of a surprise start in replace of the injured Karim Benzema led to nothing more than the Welshman missing out on the matchday squad entirely.

Bale's played a total of just 270 minutes in five appearances across all competitions, including only 77 minutes this calendar year, and his only goal of the campaign came way back in August.

But as we all know, Bale's an entirely different animal when representing his national team: Wales. Golf. Madrid. In that order.

An electric atmosphere at Cardiff City Stadium was the setting for a do-or-die World Cup playoff semifinal between Wales and Austria on Thursday night with the home team looking to move one step closer to a first finals appearance since 1958.

But Austria, a last-16 side at Euro 2020 with wins over North Macedonia and Ukraine, was itself targeting a first World Cup appearance since 1998 with a talented core that plays at some of the biggest clubs in Europe. With just five minutes on the clock, Austria sliced through Wales' defense and Christoph Baumgartner was played through on goal with time and space to measure his finish. However, the 22-year-old sent his effort crashing off the crossbar and Cardiff exhaled.

Wales began to exert control by targeting Austria's right flank through Dan James, and the team won a free kick in a dangerous area on 24 minutes after Baumgartner cynically blocked off Harry Wilson when the midfielder was trying to exchange passes with James.

Look at the up and down action on this piece of artwork.

GARETH BALE! OUT OF THIS WORLD pic.twitter.com/JcNsViMiMp

Aaron Ramsey went close before halftime but was denied by Heinz Lindner, and you got the feeling that Wales needed a second with Austria looking threatening on the attack.

Six minutes after the restart, Bale accomplished just that by taking charge in the area and arrowing a left-footed finish inside the far post.

That was a massive strike from the 32-year-old because with 25 minutes still to play, Austria pulled one back through a deflected Marcel Sabitzer effort.

James had a couple opportunities to add Wales' third on the break, but he really does seem like a headless chicken when he's at full flight with the ball at his feet — impossible to defend but equally impossible to score.

Wales poured everything into the opening 80 minutes and lived dangerously through the closing moments, but Bale was given a rapturous standing ovation when replaced in stoppage-time and the Dragons held on to advance to the final.

Wales awaits the winner of the delayed semifinal between Scotland and Ukraine in Glasgow, which will be played in June. The final will be played later that month in Cardiff.