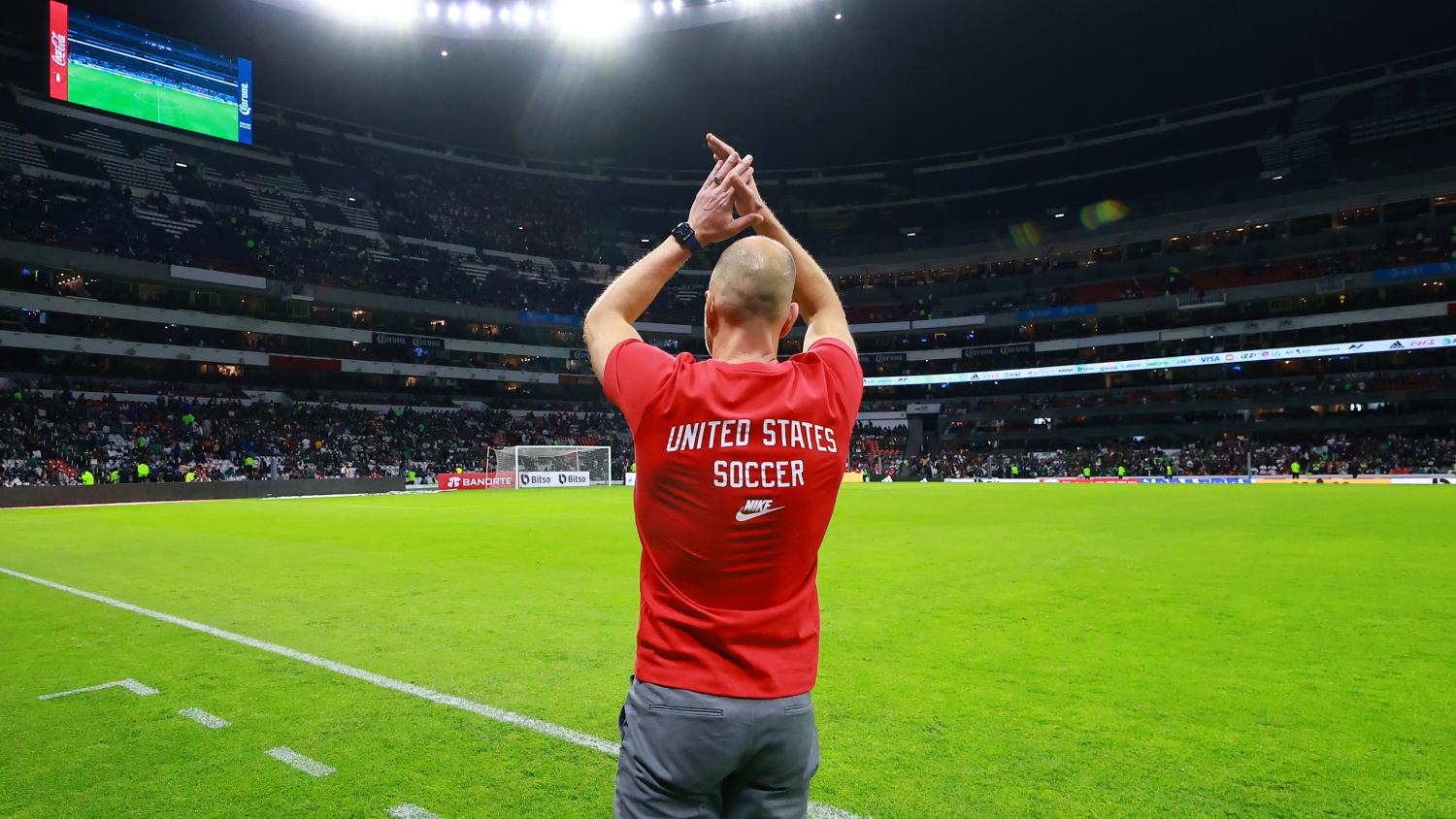 World Cup spots are up for grabs. Who will rise to the occasion?
Getty Images

Concacaf Nations League play resumes Tuesday night, with the U.S. men’s national team set to continue its title defense against El Salvador at the Estadio Cuscátlan in San Salvador. While El Salvador vs USMNT might not have the makings of a historic game on paper, for a large chunk of this roster there is still plenty to play for.

As coach Gregg Berhalter and company look to wrap their June international camp up in style and place themselves firmly in the Group D driver’s seat, the game is also a final opportunity to evaluate players on the fringes of the roster as they make their case to be selected for the World Cup in Qatar this winter.

What is your score prediction? ⚔️ pic.twitter.com/FXFCTwWp4S

Three Things To Watch For During El Salvador vs USMNT

Haji Wright gets his chance

The USMNT’s 5-0 win against Grenada was all about Jesús Fereira. FC Dallas’ homegrown striker scored four times against the Caribbean side, throwing himself into the conversation for starting striker with conviction.

Players to score 4 goals in one game for the USMNT:

After scoring a debut goal against Morocco, Wright has yet to get his chance as a starter. Berhalter has indicated this will change on Tuesday night.

As it stands, Wright probably has to surpass Ferreira and the absent Ricardo Pepi in the depth chart, though he does have chemistry with Christian Pulisic and Weston McKennie working in his favor. Let’s see if Wright can put together a performance that warrants considering him for the starting spot.

Can the USMNT improve on its dismal away record?

The USMNT is going on 26 games unbeaten at home, but play on the road has been a huge area of concern for this side, with only one win on the road during the final round of qualifying. The road woes include a 0-0 draw with El Salvador in which the U.S. struggled to generate chances. Can this side overcome adversity, tough crowds and less-than-ideal conditions away from home? The answer to this question will likely determine whether the Yanks have any chance at success in December.

While this is technically tournament play, the Nations League games are being played in place of international friendlies. As such, after the El Salvador match, only two games remain before the U.S. opens its World Cup campaign against Wales on Nov. 21. Berhalter has already announced he will be rotating the squad heavily for this game.

Berhalter announced goalkeeper Ethan Horvath will start in place of Matt Turner. Barring a disaster-class, he will more than likely be the third goalkeeper selected for Qatar behind Turner and Manchester City’s Zack Steffen, so he is one to watch.

Match on the line, you voted Ethan Horvath’s penalty stop vs. Mexico the Best Save of 2021! pic.twitter.com/HyUxb8xY2D

Christian Roldan will likely get some extended game time after coming off the bench last time out, but keep an eye out for where on the field he plays. After converting to right-wing for the Seattle Sounders, Roldan has enjoyed a good amount of success, but Berhalter still prefers him as a central midfielder.

Unfortunately, it looks like we won’t get to see any more of Malik Tillman. The 20-year-old made his decision to represent the United States over Germany earlier this month and made two appearances off the bench. The Bayern Munich player aggravated an injury against Grenada, which will be a major hit to his hopes to earn a place in the World Cup squad.

A final area to keep an eye on is in defense, where Berhalter has tested 20 different center-back pairings since becoming head coach. The pairing of choice heading into November still seems completely up in the air, but building chemistry will be important this late on. Who Berhalter decides to start alongside Walker Zimmerman could be a huge indicator of where he is leaning.

How To Watch El Salvador vs USMNT