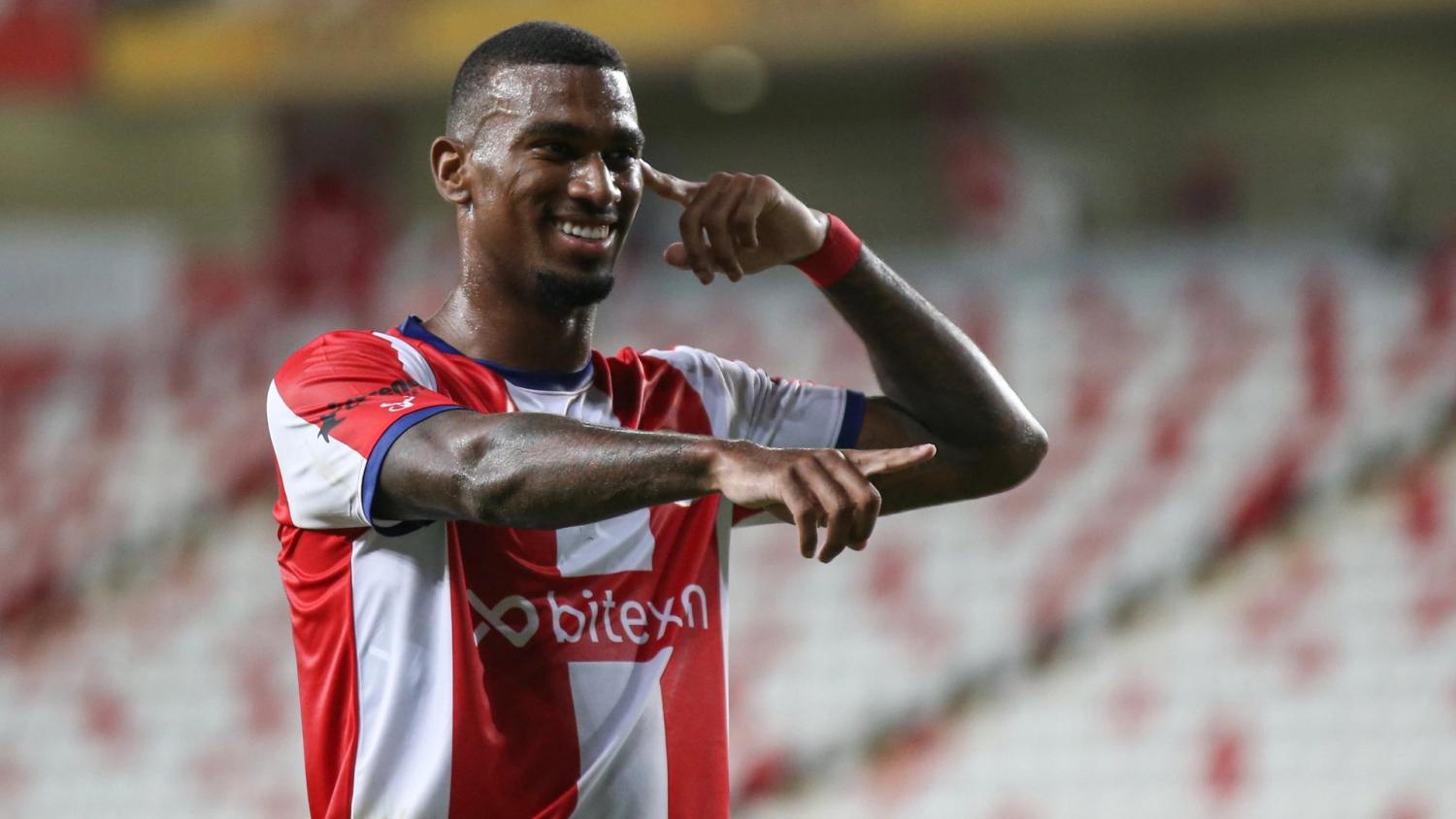 Is Wright going to be THE guy?
@USMNTTAKES | Twitter

“Who is Haji Wright?” fans might ask while watching June’s United States men’s national team games. This is a valid question to ask as the 24-year-old is set to make his first appearance with the senior USMNT team.

Who Is Haji Wright

Wright is the next striker candidate for the USMNT. The end of his 2021-22 season with Antalyaspor is what has caught Gregg Berhalter’s eye and earned him a call-up to the senior team.

In his final 10 games of the season, Wright scored nine goals and provided two assists. He went on a seven-game scoring streak and is in incredible form.

The search for the USMNT’s starting center forward/striker has been fruitless so far. Many candidates — *cough* Ricardo Pepi, Jordan Pefok, Josh Sargent, Gyasi Zardes, Matthew Hoppe, Daryl Dike — have tried and failed to establish themselves as the lethal striker.

FC Dallas talent Jesús Ferreira and Wright were the only two true center forwards called into Berhalter’s June camp. Ferreira is tearing things up in MLS with nine goals and four assists through 14 games. As things stand it looks like Jesús Ferreira has the job.

Wright has yet to make a senior appearance for the national team but already has chemistry with top players like Christian Pulisic and Weston McKennie.

Wright was a stud with the U-17 youth national team scoring 27 goals in 34 appearances. He and Pulisic played together at the 2015 U-17 World Cup — we’ll ignore the fact the U.S. didn’t win a game and finished bottom of the group — and already have some chemistry. Pulisic told reporters he’s excited to reunite with Wright.

"That was the duo back in the day, me and Haji," Pulisic said. "We played a lot of games together in the youth national teams. It's cool to have him back in, first of all, seeing him do so well at club level, and having him in here is great.

"He's gonna get his opportunity, and yeah, I'm just so excited for him. And I know he's going to use the opportunity."

McKennie and Wright played at Schalke together in the Bundesliga from 2017-19. Wright didn’t find the same success as McKennie did in Germany. From 2016 through 2020 Wright played for Schalke, went on loan to SV Sandhausen in the 2. Bundesliga and then went to the Netherlands to play for VVV-Venlo in the Eredivisie. In all that time he managed just three goals (one assisted by McKennie).

Wright’s fortunes turned in Denmark during the 2020-21 season when he scored 13 goals with Danish Superliga side SønderjyskE. He was then loaned to Turkey for the 2021-22 season and found success with Antalyaspor.